Over Columbus Day weekend I took the 28 minute flight from Beirut to Larnaca, Cyprus. My dad spent time in Cyprus while in the military, so I've always wanted to go. Because it's so close to Lebanon I've been putting it off, but with my time here quickly drawing to a close I decided it was high time to go. The flight there was full of merry-makers going for a weekend of partying, but once I left them behind the vacation could begin. It took longer than I would have liked to find the rental car shuttle, and the car they had was a little bigger than I would have liked, but before long I was on the road. I decided to spend the weekend in Limassol at the only IHG hotel in the nation (which did the trick of pushing my status one tier higher - well done 2016 travel!) and do day trips from there.

The hotel was lovely, and I had a blissful dinner at the Italian restaurant off the lobby that night. I intended to drive to Nicosia on Saturday, but I was exhausted. I slept in, had a lazy day of reading, and then spent the late afternoon swimming in the Mediterranean. The hotel was right on the beach and had a beautiful swimming area. The water temperature was just this side of perfect, and I had a lovely swim and float as the air temperature dropped with the sun. Room service and catching up on Netflix made for another splendid evening, and I went to bed early to get ready for adventure the next day.

Sunday I drove from Limassol to Nicosia and found convenient parking in the Old City. Driving the very narrow old streets with so many pedestrians was a bit nerve-wracking, but it worked out well. I ended up quite close to Ledra Street and made my way to the crossing point into Northern Cyprus, the Turkish-controlled section. The lines weren't terrible, but the sun was beaming down, which made waiting a little less comfortable. I crossed into the north with no issues and optimistically changed some money into Turkish lira. I needn't have bothered - the streets closest to the crossing were filled with knock-off clothing shops, and I didn't see any places that seemed a good choice for lunch. It was fairly quiet on this side. I made my way into the courtyard of a mosque just after the thuhr prayer call and discovered that the full camera battery I'd checked that morning was now depleted. So I have a total of two photos of the Turkish part of Nicosia's old city and none of the Greek side. After some time wandering around I headed back to the Greek side and looked for a lunch spot. I chose a busy chain-like restaurant that seemed to have more locals than tourists (thought what did I really know?) and had a fantastic pork souvlaki and grilled halloumi cheese. It hit the spot.

After some more wandering on the Greek side I made my way back to the car and headed south to Limassol. I thought about heading to the old part of town for dinner but ended up choosing the Italian restaurant again - the grilled calamari was spectacular, as was the spinach ravioli.

Monday I got up early, checked out, stored my luggage, and had a quick breakfast. Then I joined a day tour to go into the interior of Cyprus and see a few sights. The tour guide was quite gregarious; the group was less so. Our first stop was Lefkara where we visited a very touristy lace and silver shop. The prices and hard sell were unappetizing, and I don't think anyone bought anything. We headed into the Troodos Mountains and eventually to Kykkos Monastery. The monastery had some lovely mosaics and views of the tomb of Makarios, the first President of Cyprus.

Just before a lunch with many different mezzes and some great vegetarian moussaka we headed to the highest point in the country, Mount Olympus at 1951m. The final stops were a winery for tastings and Omodos for sampling dried fruits and walking around. The tour was great for seeing several different parts of the country, but it wasn't fantastic. It was a good last-minute option, and it definitely filled up the day.

Still, I had plenty of time before I needed to leave for the airport, so I had a smoothie and snack at one of the hotel lounges before hitting the road. The drive back to Larnaca was fine, though the rental car return process left a whole lot to be desired. Not a great experience. I checked in and somehow had a business class seat booked, which was a nice surprise. I grabbed one last pork souvlaki and some halloumi cheese to take back and got ready to board. Business class was lovely, even if the flight was only 28 minutes, and I got my bag and got home pretty quickly after landing. One extra treat - the following day was another holiday! I hadn't been able to find a flight back on Tuesday so decided to just do the weekend and enjoy one extra day off. It was a nice way to re-integrate into normal life. 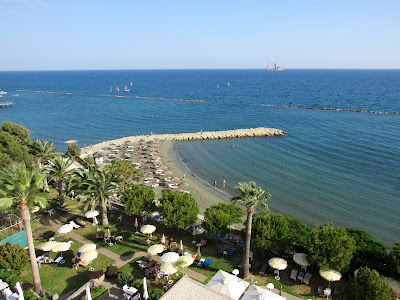 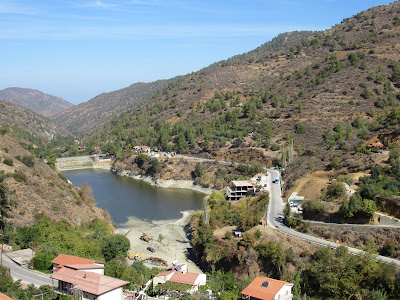 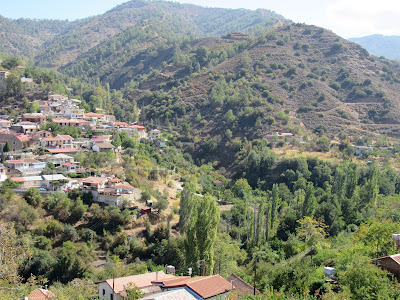 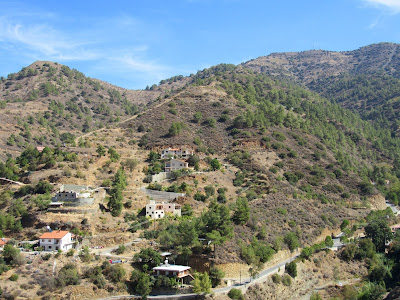 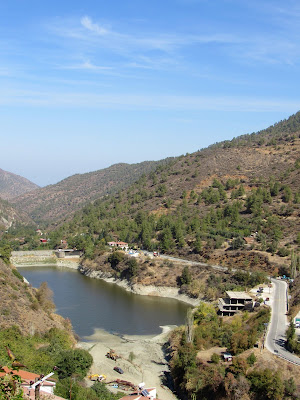 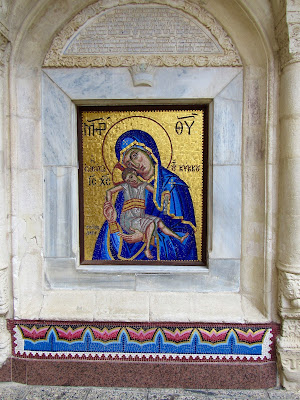 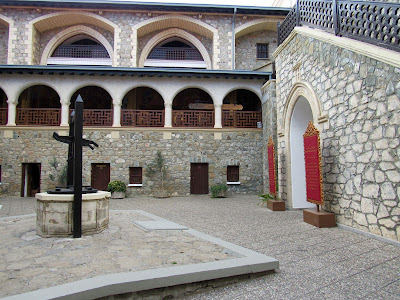 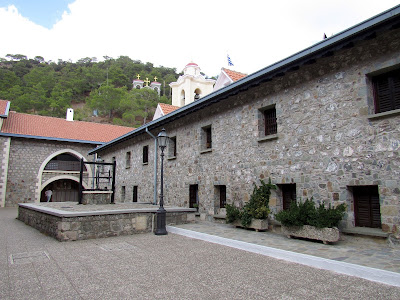 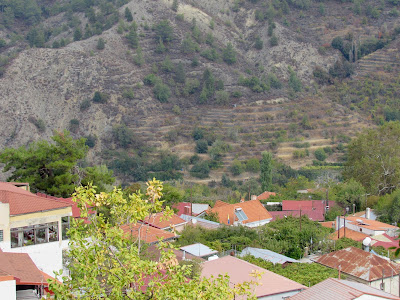 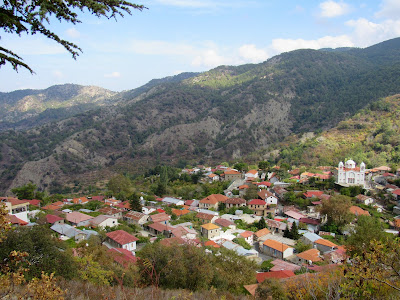 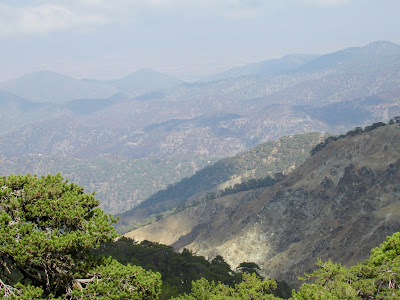 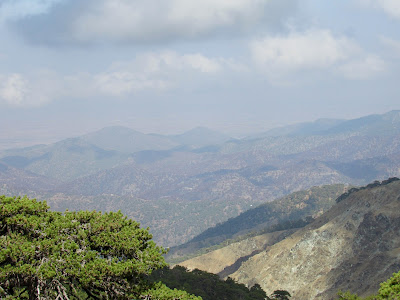 Posted by Sadie at 11:13 AM No comments: Links to this post