So it's about time I finish my Sri Lanka series of posts!  Only two months late!

My penultimate day in Sri Lanka was fairly blissful.  I got up early to take advantage of breakfast at the hotel (nice but not perfect) and then went back to bed for a few hours.

My driver picked me up around noon and took me back to Colombo for one last shopping/sightseeing trip.  I chose to go to another government-sanctioned craft center, which had some very high-quality woven textiles.  I ended up buying three tablecloths for great prices.  I am ecstatic!  Added to the two batik prints I already picked up, I was all set.  I got a few other things I had been missing on previous shopping jaunts and was then ready to go.

We drove back to Negombo and set the time for my pickup the next morning.  I stored my new treasures in my room and then wandered across the street to the hole-in-the-wall salon.  It was about 4pm.  My plan was to get a quick facial and then go hang out on the beach until the sun set.  Janet had other plans.

Janet, the salon owner and practitioner, was so incredibly excited to get a white tourist to play with.  And play she did.  I do not think she could have possibly put more assorted goops on my face, and she was aghast that I did not want every baby-fine invisible hair on my face tweezed or threaded.  I agreed to my eyebrows.  I did not agree to my forehead.  I convinced her to stop there.  Ouch.  Well, for $20 what can you expect?

By the time I emerged, more than two hours later, my face was red and puffy, and the sun was well on its way to set.  I read for a little while before dinner, ate a fairly decent dinner at the hotel, packed my bags, and got a good night's sleep.

The next morning I was being picked up at 7:45 for an 11:45 am flight.  I knew from experience that it takes a while to get through security in Colombo airport, and I wanted plenty of time to get a foot massage in the terminal.  When I arrived at 8am, I found that my flight was delayed to 14:00.  Okay, two hours, not a huge deal.  Except they weren't checking people in yet, so I had to sit and wait with my bags.  About an hour later  I convinced them to let me through to the check-in counters, and 30 minutes later they called my flight.  I checked in, and the apologized for the delay.  I said it was fine and proceeded to the terminal.  Along the way I looked at my ticket and saw that the flight time was now 16:00.  Argh.  I went to the foot massage place and spent an hour in bliss.  And then I looked at the monitor and saw the flight was now 20:00.  ARGH.  It was about 11:00.  I had a smoothie.  I walked around.  I ate lunch.  I walked around.  And then I saw the mob forming.

Apparently, my fellow passengers were angry.  The plane was now delayed indefinitely.  It had not even taken off from Jeddah yet.  Nobody seemed to know anything.  There was shouting.  And pushing.  And screaming.  And veiled threats.  And mass confusion.

We asked to be taken to hotels.  The confused/exhausted airline representatives said the airport hotel was full.  We couldn't leave because we were past immigration.  That seemed a lame excuse to me, but whatever.  I met up with some colleagues on the same flight who didn't have any additional information.  I finally found a group of passengers who were demanding access to a lounge.  That sounded pretty good to me, so I followed them, and we were given lounge access.  The lounge was quiet, temperature controlled, comfortable (I picked a couch), and had clean bathrooms and free food and drink.  This was much better.  It was now about 15:00.

Well, the lounge was good.  But not for 10 hours.  Which is precisely how long I stayed there with some of my fellow passengers.  I met some very nice people and read a lot and had random conversations.  But it was not a fun 10 hours.  Particularly because the airline representatives were not forthcoming with information and were downright patronizing and elusive.  Plus, 17 hours in any airport, even in a lounge, just plain sucks.

Our plane finally took off, 14 hours late.  Not one person was upgraded to business class or allowed in the empty upper deck.  Instead we were all sandwiched into one economy section with not even an apology for our ordeal.  Or even any hint at compensation.  But I am determined not to relive that 17 hours anymore than I already did in these few paragraphs.

I landed in Jeddah a full day later than I was supposed to and slept all day.  Luckily I had that day and the next off from work to recuperate.  Which was blissful.  But what a horrific end to a wonderful vacation.

And now for pictures. 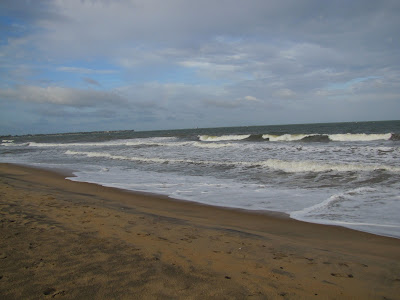 Luckily I have some trips planned in the next couple of months, which are always great fodder for blog entries.  Which reminds me - I am still behind on a few travelogues.

I had my first pang of I'm-going-to-miss-this-place today.  I still have oodles of time before departure, but I'm experiencing a series of 'lasts' already.  Like September and October and, soon, Hajj.  Already passed my last Eid al-Fitr.

And perhaps the most important thing to post is that we are all mourning the passing of HRH Crown Prince Sultan bin Abdulaziz al-Saud this week.  He died after a long illness yesterday in NYC.  The official period of mourning begins Tuesday.

Sultan al-Khair was beloved by his people and will be very much missed.  President Obama said it best:  "[Sultan] was a strong supporter of the deep and enduring partnership between our two countries...  On behalf of the American people, I extend my deepest condolences to King Abdullah, the royal family, and the people of Saudi Arabia."