We left at four for our final afternoon game drive, sad to realize we only had 24 hours left at Olonana. This drive was, spoiler alert, the only one of the whole trip where we did not see lions. We did, however, see the other four of the Big 5.

Shortly after entering the park we found a tower of giraffes who were very content to pose for us among the acacia trees. I don't know about you, but giraffes and acacia trees are quintessential safari images for me.

Joseph was a man on a singular mission today, hell-bent on finding a leopard. We weren't really complaining, because we saw some pretty neat things and some different areas of the park. We had two and a half hours before we needed to be out of the gates and intended to make the most of it. We headed to an area known to be home to a large male leopard. We didn't find him but had a grand time with a pair of lilac-breasted rollers and then a couple of snake eagles.

Then, heading back to the leopard area from this morning, we happened upon a colony of safari ants moving their nest. Thousands of these sizable black ants moved in impressive order to and from the old nest, ferrying larva and food to the new location. We stopped and watched them as they crossed the road for about 10 minutes. D, who adores ants in motion, got out to get a better look with Joseph; they both tried to get close enough to observe without being bitten by the soldier ants intent on keeping them away.

This was about the time when I got sunscreen in my eye. A sad tradition, I almost always have a drive on a safari when my super-duper SPF 100 (seriously) sunscreen melts on my face and migrates to my eye, irritating it to the point of not being able to see. Water flushes and time are the only antidotes, but it's painful and frustrating. My left eye was the compromised one, but this time my right eye wasn't feeling up to compensating, so I was basically visually impaired for the remainder of the drive. I was pouring water in my eyes as much as I could and doing lots of blinking, but it wasn't helping. I tried alternating covering one eye and then the other, which helped some; it was basically too painful to keep both eyes open. My eyes were watering like crazy, so I also looked like I was crying, but there wasn't a whole lot anyone could do. So, I made do.

We stopped next to another vehicle and located three rhino in a stand of trees, very close to where we'd seen the first rhino on Day 2. This was a mama and two babies. We never got great views, but we did see them again the next day. As we were watching a vehicle pulled up with two U.S. PhD students who work with a rhino tracking/protection unit from the Ann K. Taylor Foundation (AKTF). We talked to them for a few minutes - one went to Duke and noticed I was wearing a Georgetown hat, so we laughed about rivalry - and they asked Joseph for an update on a particular rhino. I looked up the AKTF later - seems like a good organization doing good things. Joseph was very positive about their impact.

It was about 6:00 by now, and we were headed for one last sweep of the leopard area from this morning before heading back. We'd been on the radio all day with people; nobody had seen any leopards for days. The only exception was a leopard that walked across the path of a few guests staying at Little Governor's Camp late the previous night. We were just passing Little Governor's Camp when another Olonana vehicle came on the radio:  leopards, on the move.

We sped up, and Joseph was beyond excited to get there in time to see not one, but two leopards. By this time I could barely see, but I was still determined to enjoy my fourth and fifth leopard sightings.

We arrived in the trees to find the other Olonana vehicle and one other there. Nobody seemed to see anything at that moment; Joseph was just asking where they'd last been seen when all of a sudden two leopards walk out of the bush and right in front of us. OMG. I have had three leopard sightings before, but nothing like this. This was a father and an adolescent son, who was really too old to be hanging around Dad still, and Dad was obviously aggrieved. They ambled around, occasionally resting in the bushes, almost out of sight, and covered a bit of distance as we tailed behind. They were EXACTLY where we'd heard the roar this morning. Amazing. Dad had a kill inside a bush and was intent on keeping the younger one away, so we were treated to a bit of roaring and growling. They were so close! I had never seen leopards so close before, even in a zoo. Unbelievable.

As I reflect now, it's easy to forget about how much pain I was in and how poorly I could see at all and how frustrated I was that it was dusk and photos weren't coming out, but this was one of the most stressful safari moments I've had for these reasons. I got some decent photos (totally by accident as I went through a million settings on my camera hoping something would come out), and I was trying to squint out of only one eye, so my vision was definitely compromised, but it still was a phenomenal experience. Our very own leap of leopards! They finally walked out of range, and we had to speed to make it to the gates, a bit late, but very energized. How amazingly cool was that? Joseph was even more excited than D and me, if that's possible. What an amazing end to the evening. Big 5, all in one day!!

We made it back to camp, and I was pretty miserable by now. I went to the bathroom and did some major eye flushes, which helped for a few seconds, and then we settled in for pre-dinner drinks. I was getting a bit cranky by now from the pain and inability to see, and I almost went to bed without eating, but I knew I was too hungry to make it to breakfast like that. D and I were some of the first to find a table, and we had a pretty quick dinner because I literally kept my eyes closed as much as possible and could never open both at once. She felt bad and told me I could leave anytime, but I stuck it out. Finally we headed back to the tents, and I managed to shower - which helped some - and lay out clothes for the next day. I settled into bed and tried to read, but my eyes were just not up to it. I put down the iPad and fell asleep quickly, relieved to be able to close both eyes and let them heal. I did feel MUCH better in the morning. 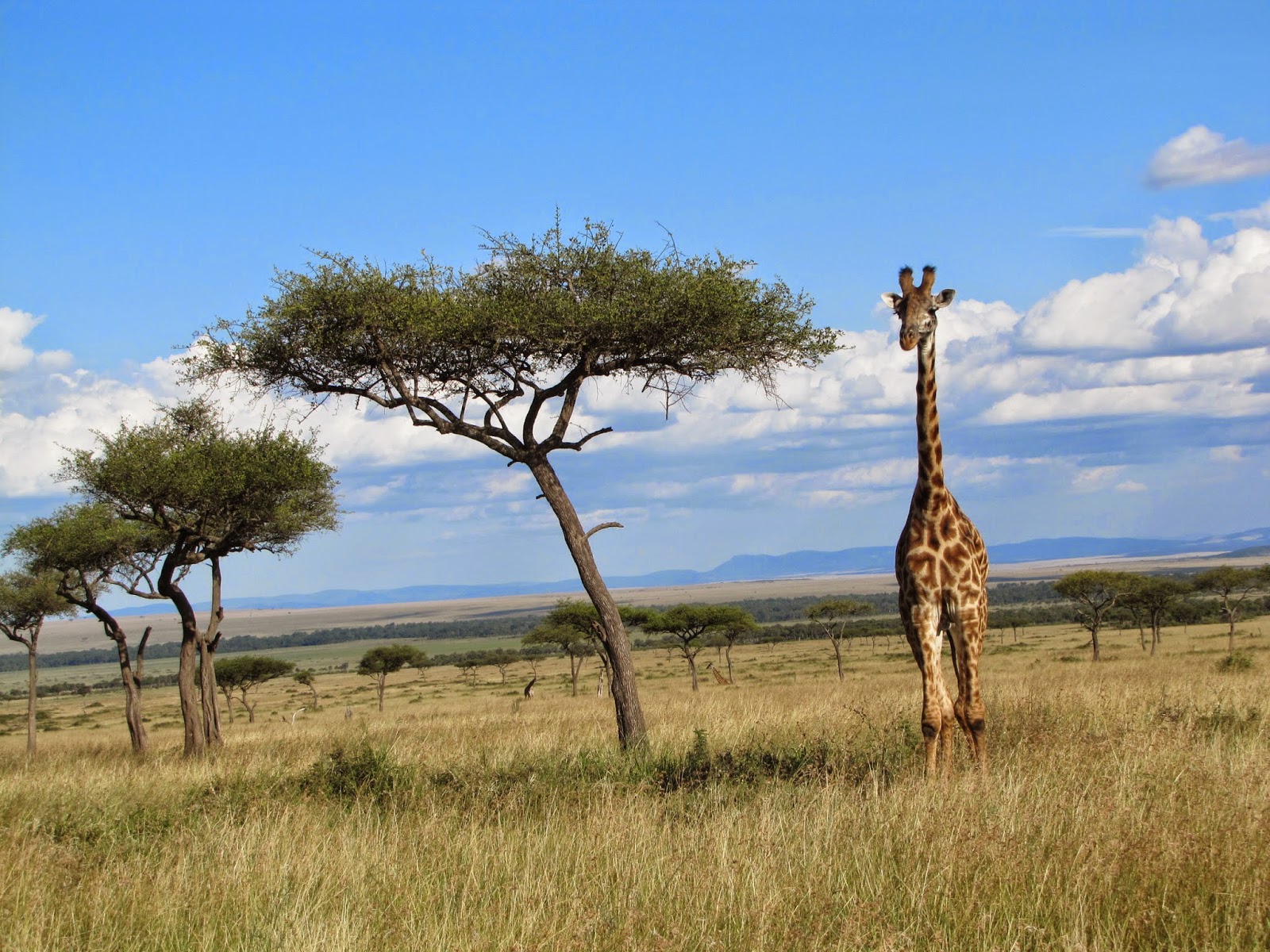 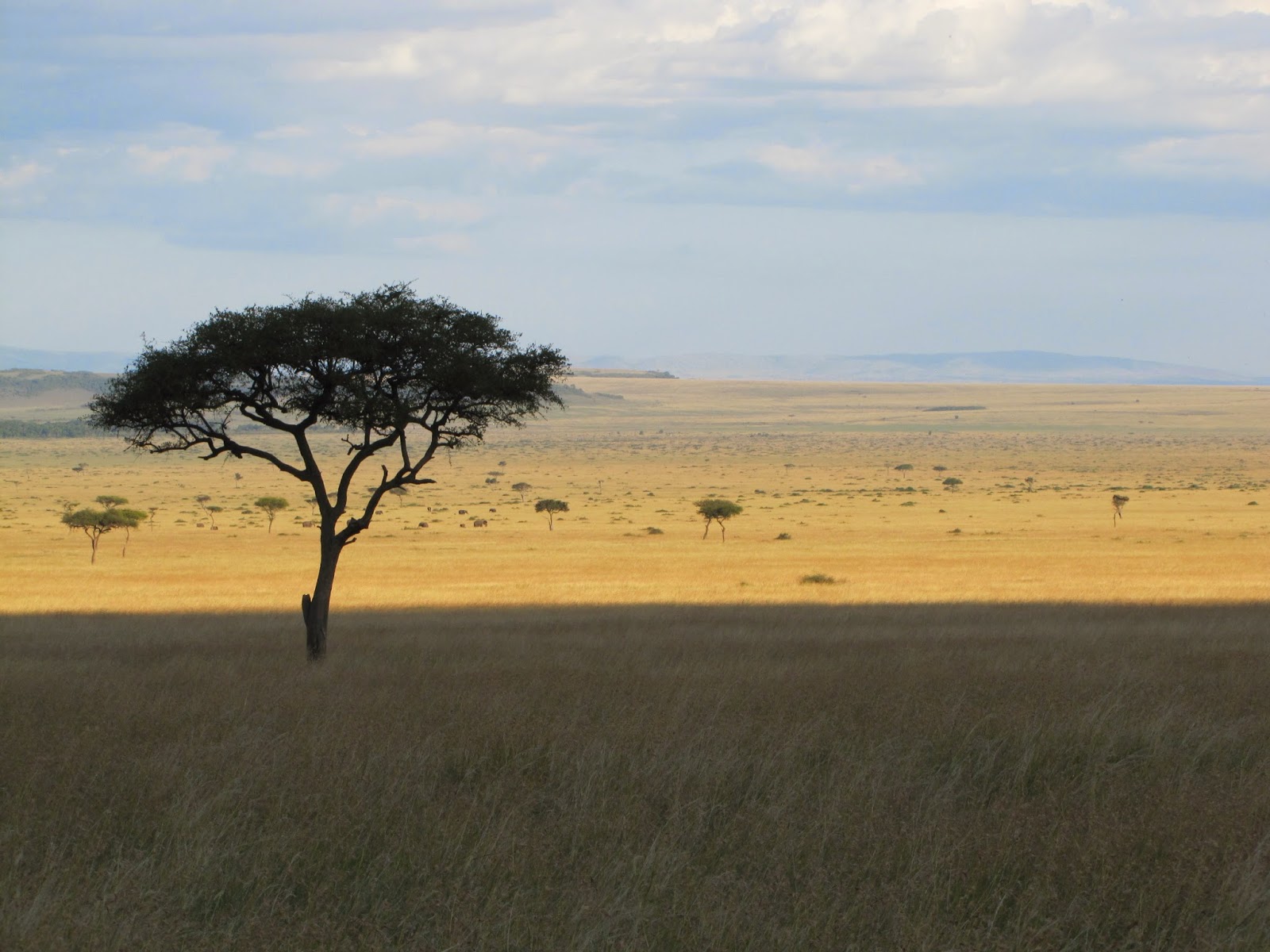 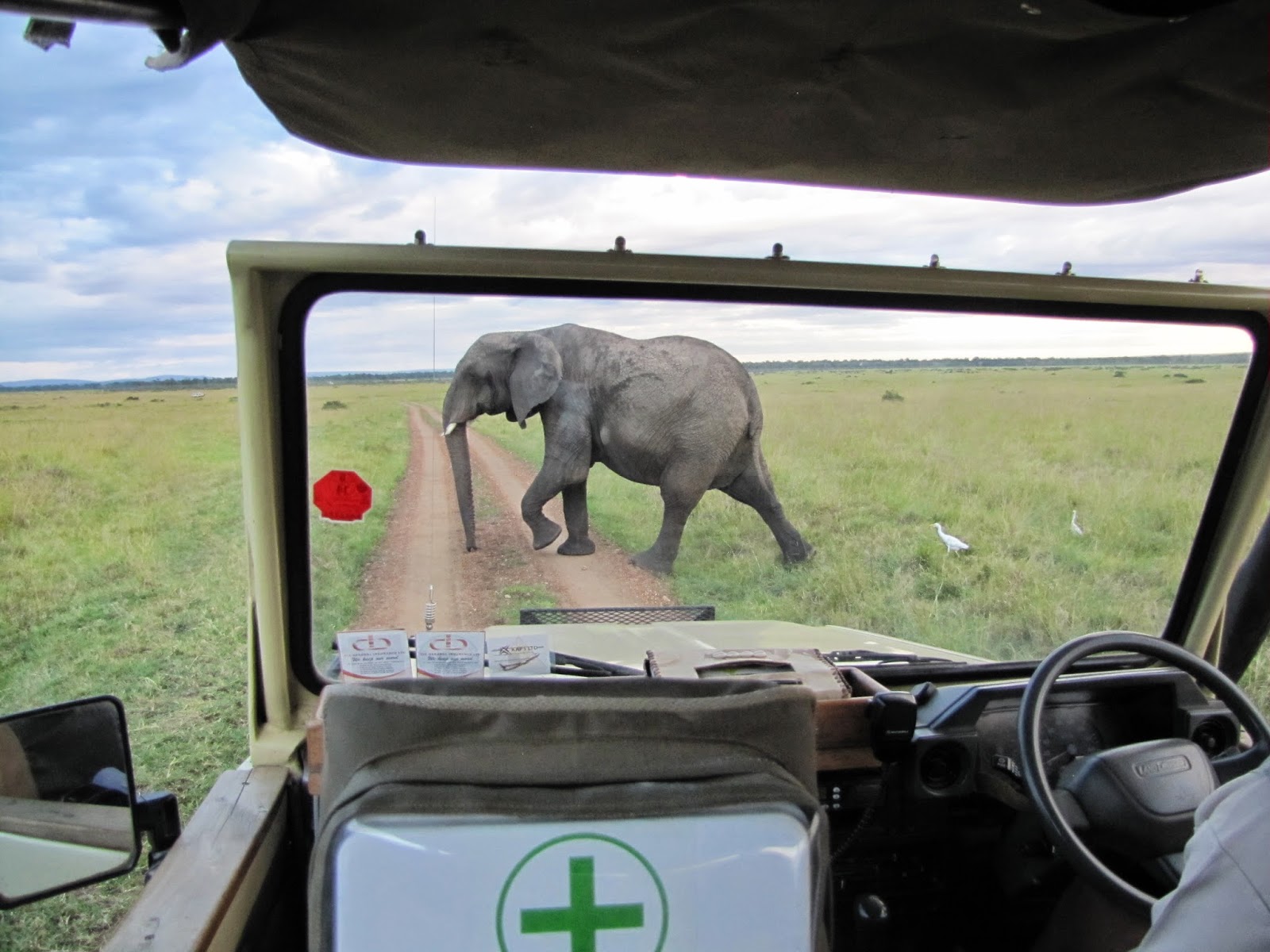 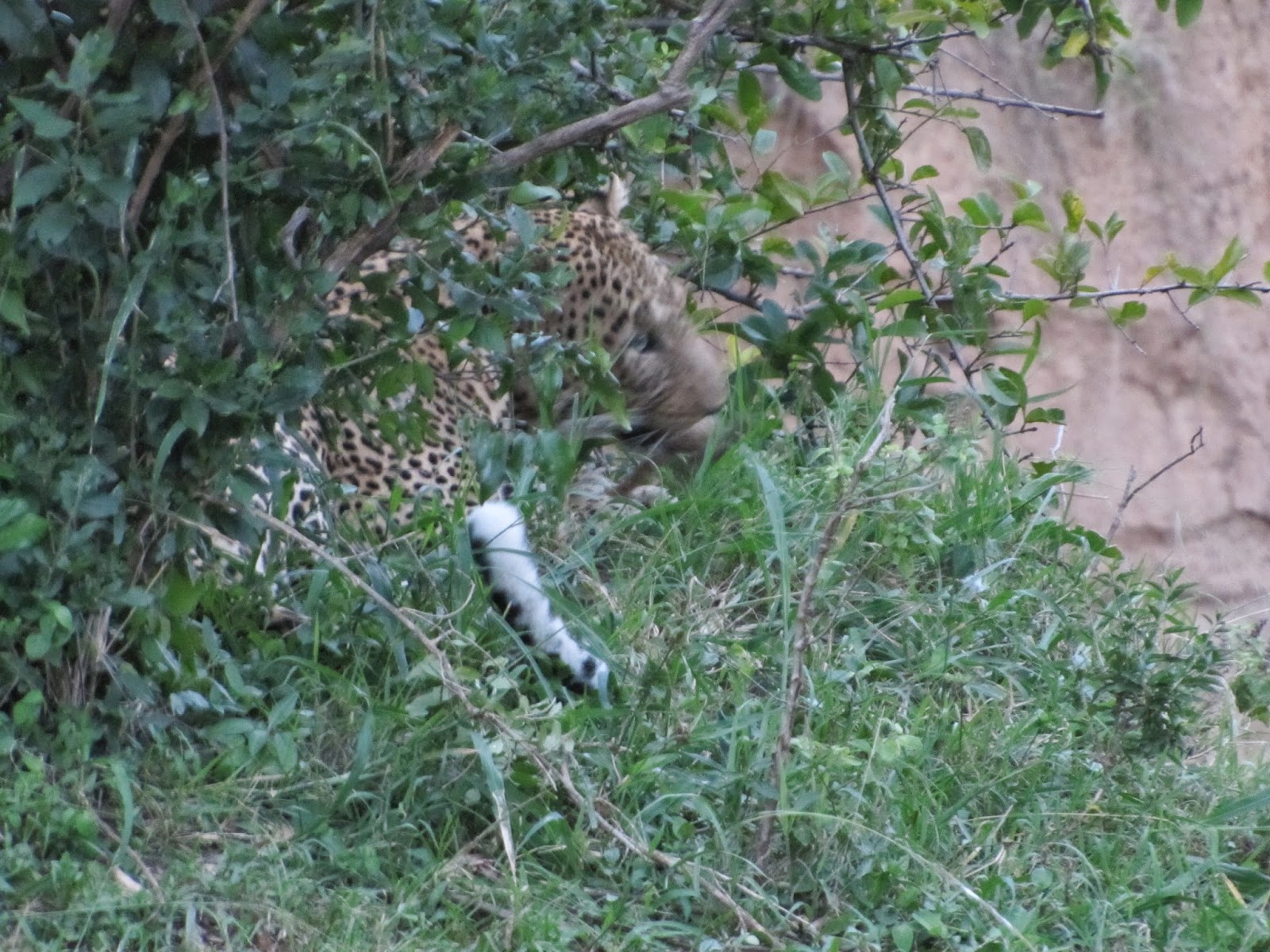 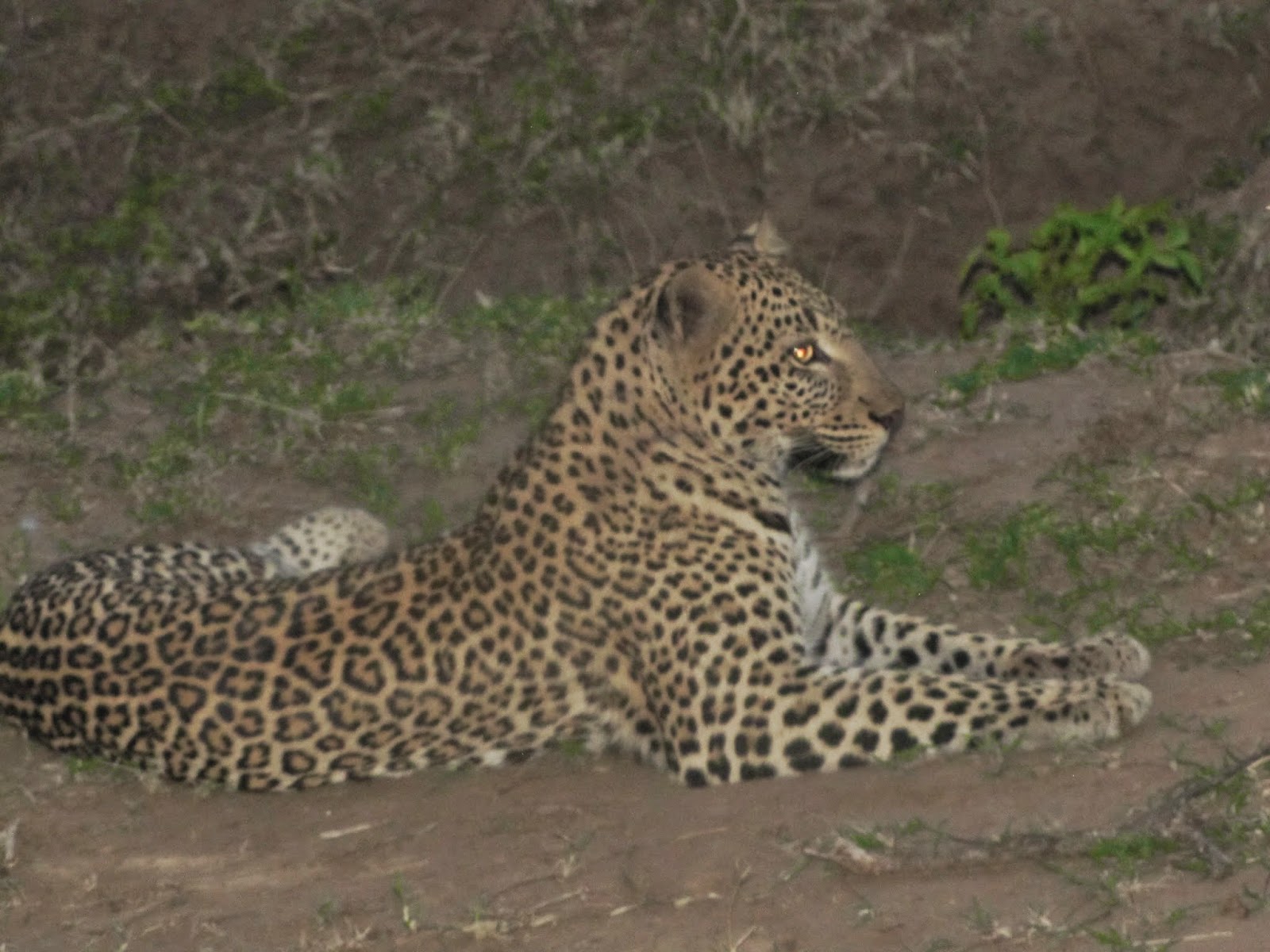 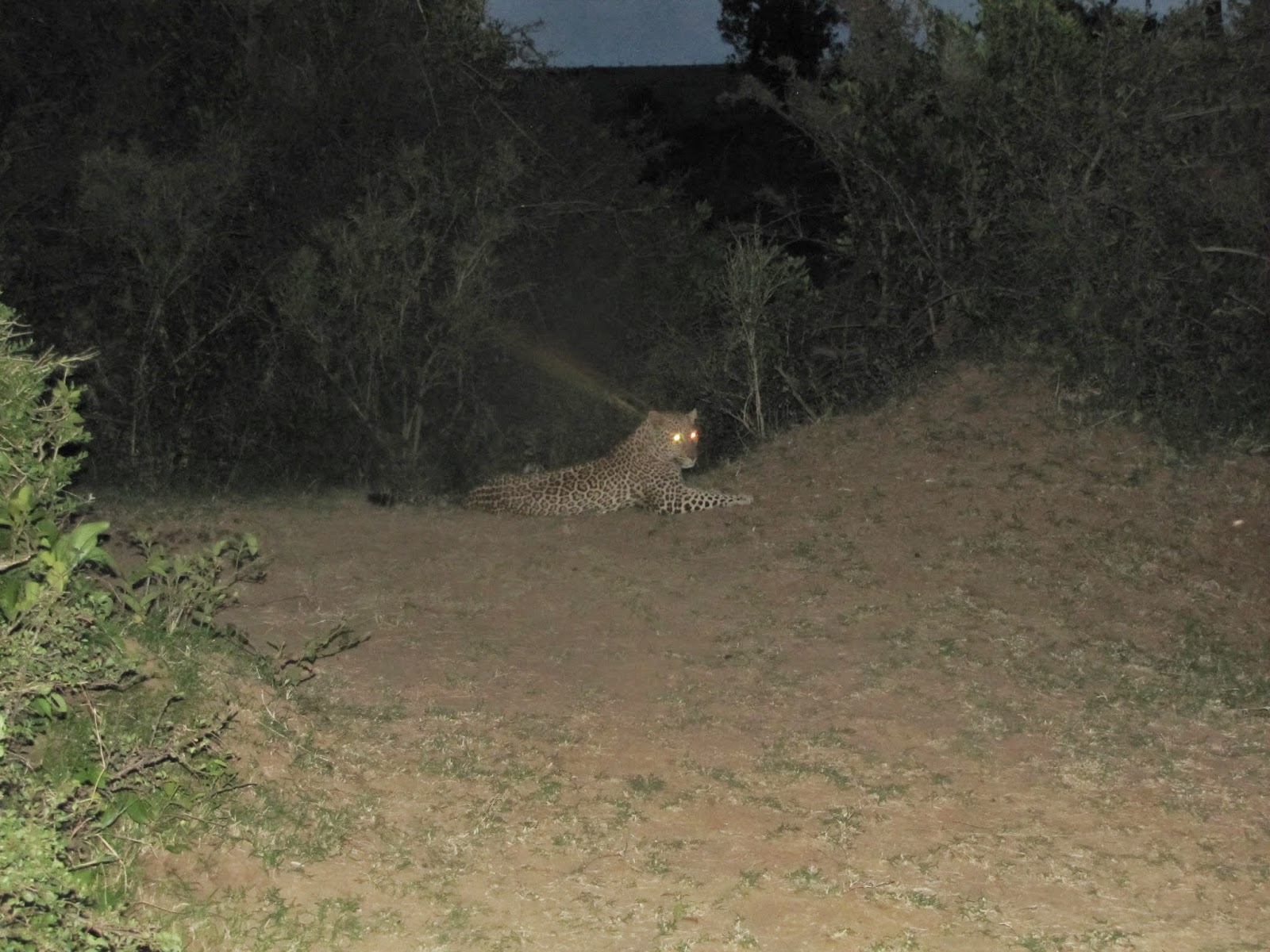 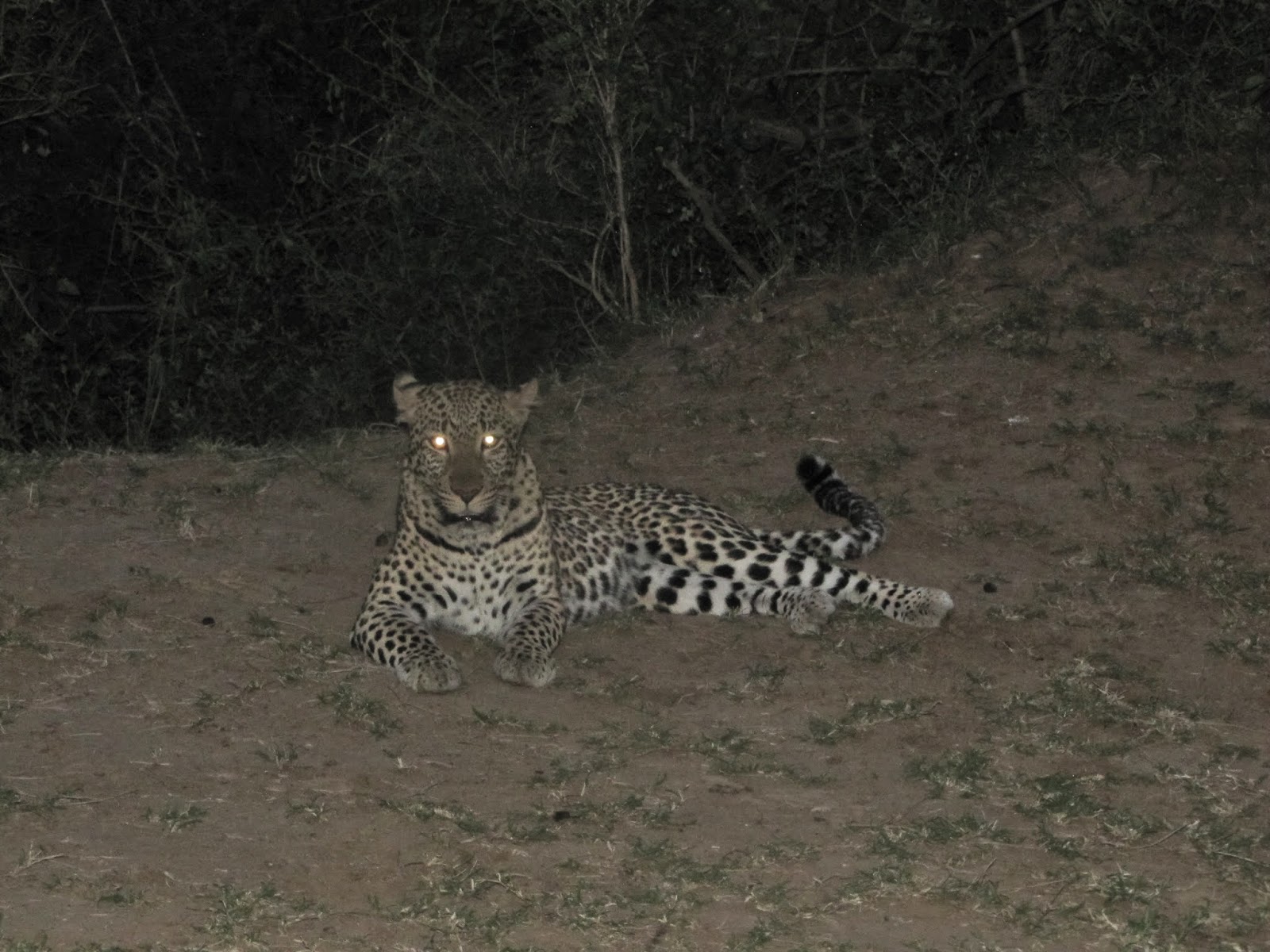