I still have six months left in Uganda, and that will include several more local safaris. But this video, which is making the rounds this week, made me realize a lot of reasons why I'll miss it here. Best of all, I recognized many of the places featured and already have trips booked to a few more.

Since I can't figure out how to embed videos that aren't on YouTube, you'll have to follow this link. Trust me, it's worth it, particularly if you've been to or plan to visit Uganda. See if you can spot the cameo appearance of my favorite antelope, the Jackson's hartebeest!
Posted by Sadie at 7:30 AM No comments:

When I went home for Christmas, we all went to my brother's for Christmas Eve. In a quiet moment I cuddled up on the couch with my niece and my iPad, showing her pictures from some of my safaris. The biggest wow I got out of her was not for photos of lions, elephants, or giraffes. Nope, she was amazed by my photos of cows. When I passed the photos around, my brothers also got super excited by these cows. As did everyone else when the photos made the rounds. Granted, these are no ordinary cows. They're the magnificent Ankole cattle which never fail to impress me either. I remain in awe of this breed and love seeing them whenever I get a chance.

Long horns are the most impressive feature of the breed, reaching seemingly preposterous lengths and girths. I really don't know how some of these cows keep their heads up! Related to Egyptian longhorn breeds dating to 4000 BCE crossed with South Asian humped cattle who came to Africa, the Ankole evolved from the Sanga mix of these two ancient breeds. While Sanga offshoots are in Ethiopia, Somalia, Sudan, and environs, the Central-East African Ankole-Watusi breed found in Uganda, Rwanda, and Burundi are considered the most remarkable, according to Oklahoma State University.

Ankole are not prolific milk producers, so they've been fallen out of favor among farmers who need to make money off their herds. They remain a significant status symbol, though, and I often hear of families who keep a herd of Ankole cattle for nostalgic reasons, even when they've diversified into Friesians/Holsteins for commercial purposes. (Ankole cattle a're rarely raised or killed for meat, as they only represent status and wealth when alive.) The New York Times Magazine did a fascinating article on the decline in Ankole cattle in Uganda in 2008, citing experts who project the breed will be extinct in 50 years. I certainly hope that's not true, as they're just a beautiful breed of cattle and very gentle.

I had a close encounter with an Ankole bull at the Uganda Wildlife Education Center; he wanted the veggies I was feeding to the giraffes, and I had to physically move his head out of the way by his horns. He didn't mind; he just moved on to the next person.

Ankole cow horns are a popular decoration in Uganda, and I've started to pick up a few sets for family members (and plan to get one for myself). I know a cow has to die for me to get a set of horns, but I do know they're not being killed exclusively for the horns. So here's a few photos of these gorgeous cows and their horns. 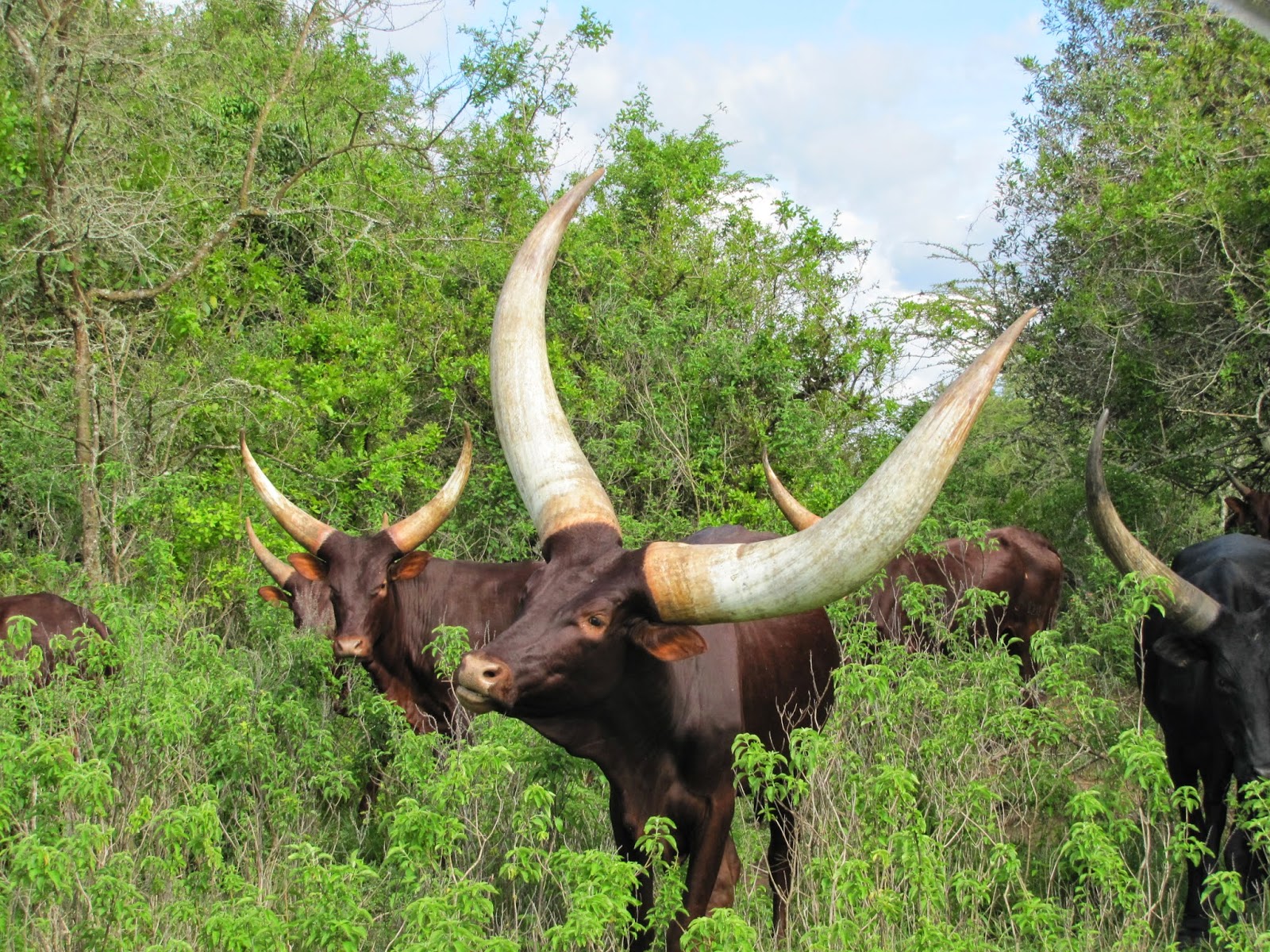 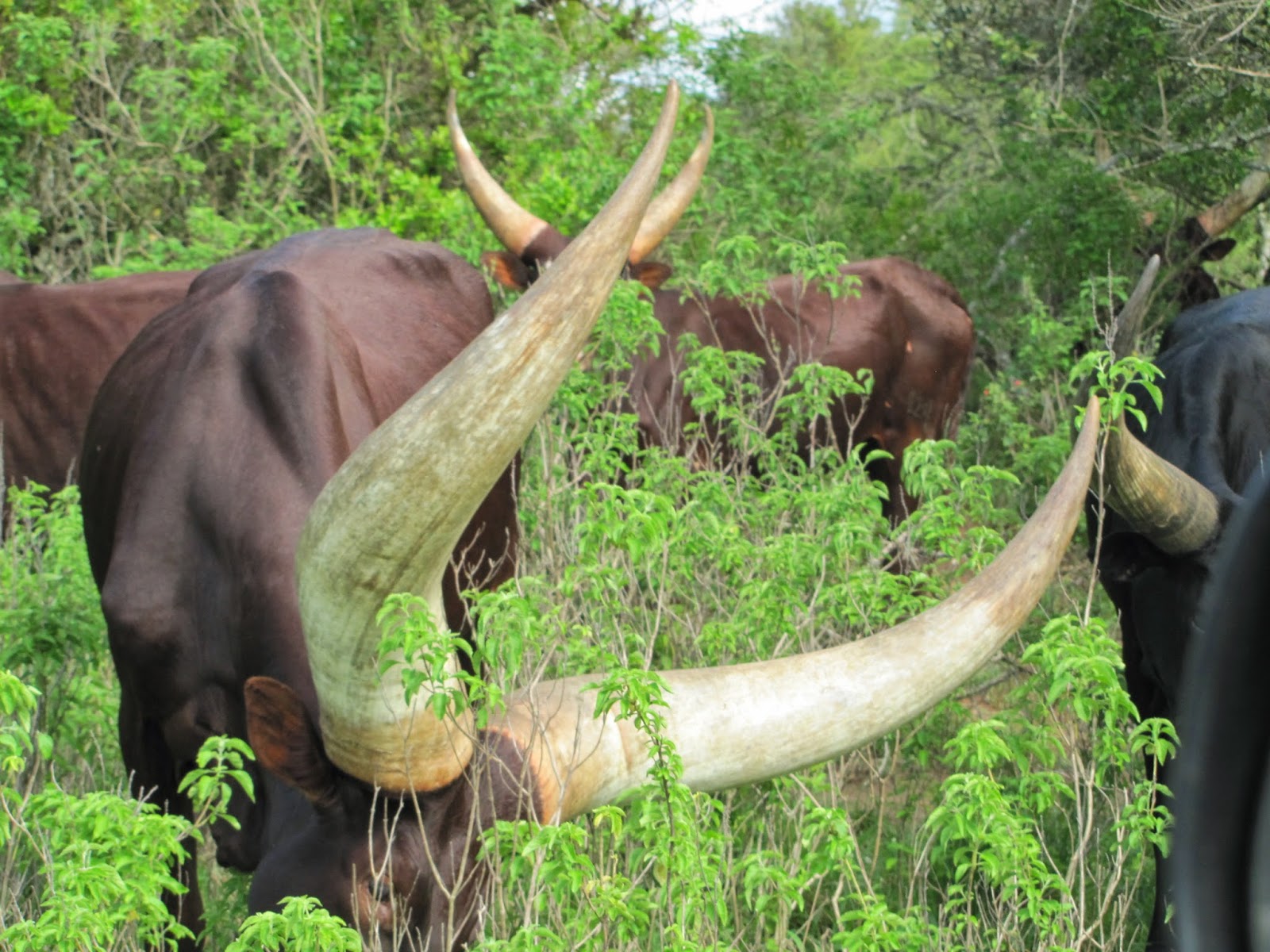 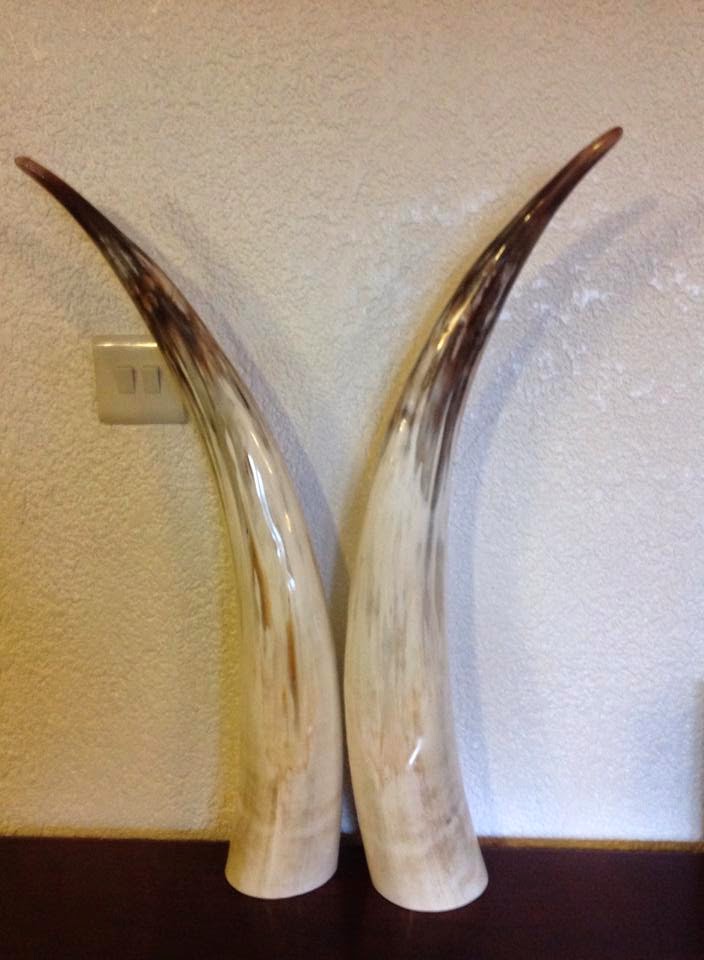 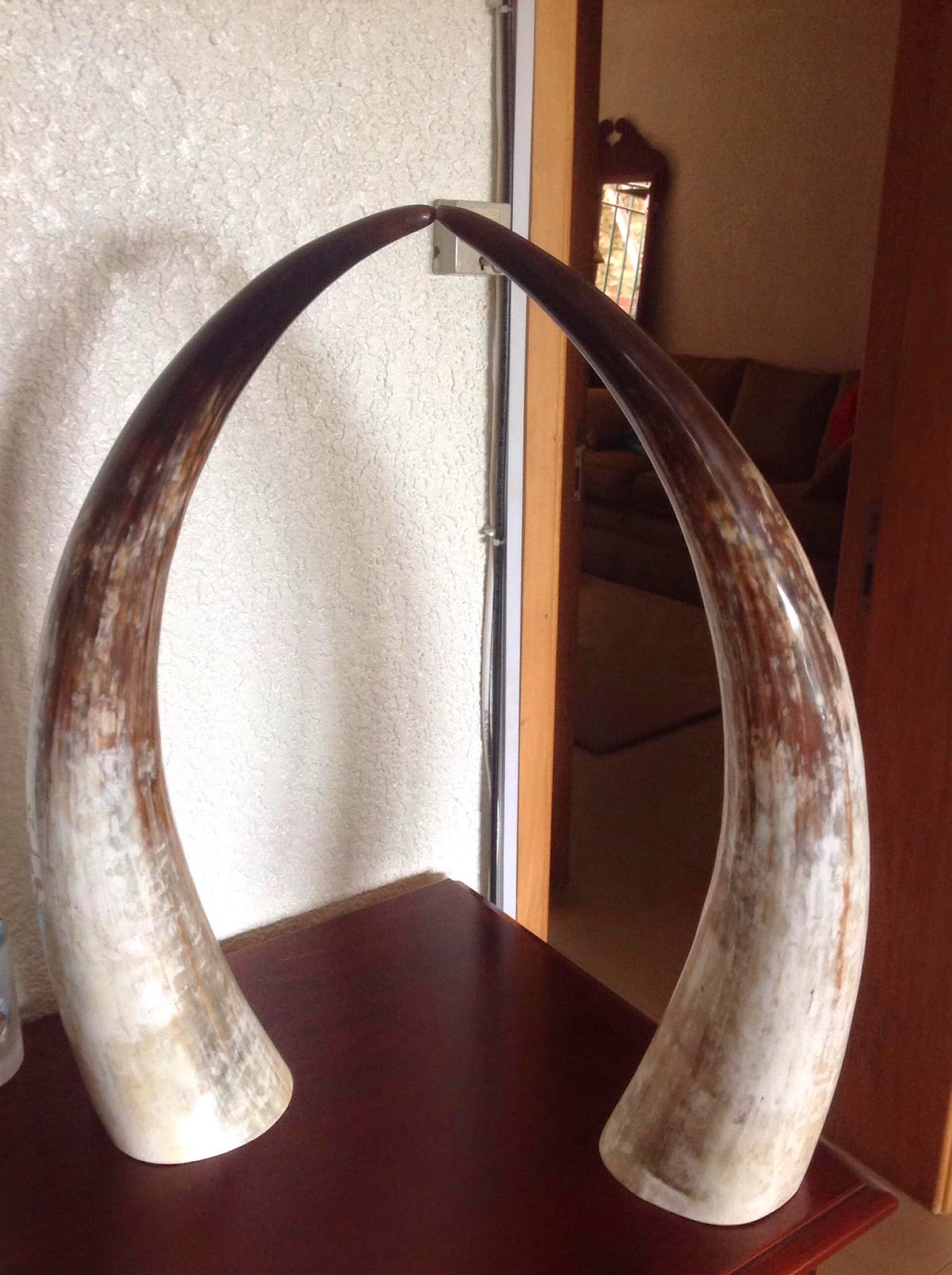