I've been to London numerous times, but I haven't done a whole lot of the major touristy things.  Since I had several weekdays to fill when my friends were working, I decided to remedy that.  I've heard rave reviews from people about London Walks and planned to do some of them as a way to see a few new sites.

Based on LW's schedule, I chose to do two walks to two popular attractions.  The first was the Tower of London.  I've always meant to get there but just hadn't quite made it.  We met outside the Tower Hill tube stop on a gray but pleasant morning.  It was a large group, and just as we set out it started to drizzle.

The tour - a too-short two hours - covered mainly the Tower's bloody history and stopped to ponder some of the lesser visited sites.  It was a great overview and gave a historical foundation on which to explore on your own later.  We happened to see the changing of the guard - perfect timing, and unimpeded views.  Our guide wryly commented that we could stand in a dozens-deep crowd and see less than that at Buckingham Palace.

Several of the resident ravens - the Tower's most famous inhabitants - came out to play and explore.  They perched on their custom perches and allowed us to admire them.

As many of you know, the Tower complex is immense and chock full of things to do and see.  I had no illusions of covering everything and had only one concrete goal.  Of course, it was to see the Crown Jewels.  The queue was, of course, long.  But it's England, so it was also orderly.  So I tried to ignore the growing pains in my feet and people-watch.  After just over an hour, I finally reached the door.  Only to find that there were several more rooms worth of winding queues to endure.  At least inside there were some diversions - stories on the wall, multimedia displays, etc.

Finally, after another 35 minutes of queueing, we started to get really close.  And then I was there!  One pro top my walking guide had given was to go through the jewels themselves more than once.  She said it was made to look like you had one pass and that's it, but you're welcome to linger.  Once I got into the room I understood what she meant and took several passes from both sides.

The crown jewels are pretty spectacular.  It was especially good timing because the Queen was about to celebrate the 60th anniversary of her coronation, so there was even more context.

I lingered a bit to see the lesser marvels in the following rooms and then made my way for the exit.  I had planned to go to Oxford Street and grab lunch, but the cafeteria at the Tower looked pretty nice, so I went there.  It had numerous food stations with lots of options.  I picked and chose and found an open table and feasted.  It was, after all, about 2:30pm by then.

After dining I made my way to Oxford Street, stupidly making a line change at Monument-Bank.  Every time I do that I vow it will be the last time, and then I go and do it again.

Oxford Street was way too chaotic for my mood by then, so I focused on the goal - stocking up at The Body Shop - and finished quickly.  I found everything I needed, and then some.  It may sound ridiculous, but I was most interested in stocking up on cotton facial pads.  The Body Shop has the best ones in the world, but U.S. stores and their online counterpart stop selling them now and again, and I had almost run out during one of these lulls.  Luckily the UK is not quite so fickle, and I bought two years worth of them.  They really are the best for applying toner, I swear.

After making my way home and dropping my bags, I headed to Marks & Spencer to grab dinner.  My friends were working late, so I wanted something easy.  And more raspberries.  I made it my goal to eat at least a pint of them every day I was in the UK, to make up for their absence from my life in Uganda.

After a quick catchup with L&S, it was time for another good night's sleep.  Even with the excessive daylight :-). 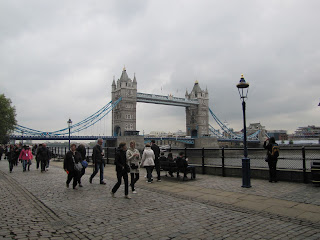 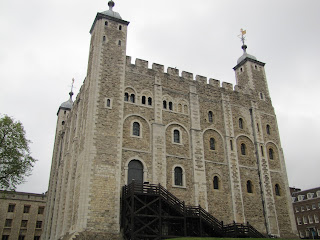