2016 edit: I need a little inspiration to get blogging, and I've been talking to the amazing Sarah of Novakistan about safaris and Namibia, and it got me thinking about my trips there while studying in South Africa. So I'm digging into my old email dispatches home for some new posts about old adventures. This trip was one of my favorites (though who am I kidding, I had some phenomenal adventures in those years!), and I would love to do it all again someday. Though maybe with actual beds and less camping this time around...

This is part one because I realized there are a lot of fantastic (to me) photos, and I don't want to overwhelm you with one gigantic photo dimp. I will add a couple things in parentheses and in photo captions, but this is all from emails.

--------
Just a little note to let you know I am doing great and to fill you in on some of my adventures.  I will be back in Cape Town tomorrow, but the next few days may be hectic, so here it is.

I am currently in Swakopmund, Namibia on the Atlantic coast.  We are sandwiched between the ocean and the Namib desert.  They say that it is the coldest it has been here in ages.  Just my luck!  Although it is quite nice to have a cool sea breeze after almost a week of desert temperatures and sun.  Swakopmund is very German in its architecture and culture.  It's an interesting place.  Very slow, very safe, very 'cute'.

The trip has been wonderful.  There are six of us altogether and our fabulous guide Elias.  I am the youngest by a decade!  There is a Spanish couple on their honeymoon, two Brits, and a South African.  They are all very nice, although they all tend to regard me as something of a child, which is frustrating.  Oh well.

We left Windhoek last Wednesday and drove to Waterberg Plateau (the Table Mountain of Namibia).  There was a hike up, but it was late, and I didn't want to hurt my knee.  It was a pleasant evening - we had a braai - but I was up all night because a warthog decided to investigate my tent from midnight until about 4am.  He kept prodding me and grunting whenever I kicked the side of the tent.  Everytime I thought he'd gone and I'd start to fall asleep he would nudge me again.

The next three days were spent in Etosha National Park, Namibia's premier game reserve.  It is semi-desert to desert terrain with a large salt pan and some open grasslands.  Very interesting terrain.  We saw millions of springbok, impala, wildebeest, gemsbok (my favorite antelope!), kudu, eland, etc..  There were so many (hundreds, maybe thousands) of zebra that I actually got bored with them.  We saw about a hundred (or more) giraffes.  Spotted hyenas, black-backed jackals, lots of birds including ostrich, etc..  We saw the four of the five Big Five that live in the park - lion, elephant, rhino (white and the rare black), and a leopard!!  The leopard completed my Big Five collection.  He was on the ground next to our bus, and walked right in back of us.  Of course that's the moment when my batteries ran out, but I did get a couple pictures as he walked away.  Didn't see a kill, though we did see vultures and a hyena feasting on a carcass as well as a male and female lion fight over a fresh springbok leg (she won).

Each campsite had a floodlit waterhole where the animals could come drink while we watched.  At the first camp I sat one afternoon and watched elephants, giraffes, wildebeest, zebra, kudu, and springbok come and drink all in the span of an hour or so.  I had aways wanted to see a giraffe drink, and it was as amazing as I had imagined.  At the second camp, however, we were in for a treat.  When we arrived and set up our tents, there was a herd of maybe three dozen elephants drinking and eating, including several young babies.  They stayed for a while and I got lots of pictures.  At night, though, is when the elusive rhinos showed up.  First one, then another, then more.  At one point there were five black rhino and an elephant drinking.  While this was going on, there were several lions lying down in a bush nearby.  We all watched with baited breath hoping some antelope would come along, but no such luck.  A white rhino came along when there was just a black rhino and an elephant at the waterhole, and the two rhinos charged each other and had a short fight.  Interestingly the lion is said to be afraid of only one animal (the rhino) and won't usually drink with one around.  But a male and two females came down to drink right next to the white rhino.  Must have been thirsty.  Eventually the ungulates left and we got a better look at the lions.  We thought there were only three, but there was one male, seven females, and two cubs!  They walked off, and we went to bed.  Amazing.  It was dark, so none of my pictures really came out, but it was still impressive.

(In between sundown the second night and the arrival of the predators, I misplaced my camera. After a frantic search with my guide and camp staff, we heard through the grapevine that somebody had found it by the watering hole and taken it to their cabin for safekeeping. Sure enough, there it was. Eleven years later I still remember the panic I felt at losing everything that was on that memory card and the relief and gratitude I felt for the kind people who found it and helped me find them.)

(A note on these photos: this was my first ever digital camera, and it was a pretty standard point and shoot with a moderate zoom. Plus, Namibia is sandy and dusty. Excuse the photo quality.) 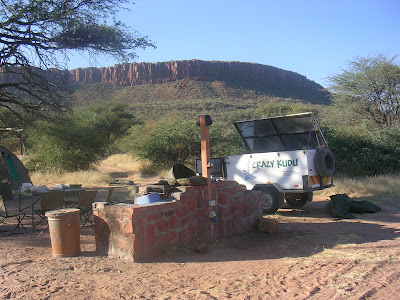 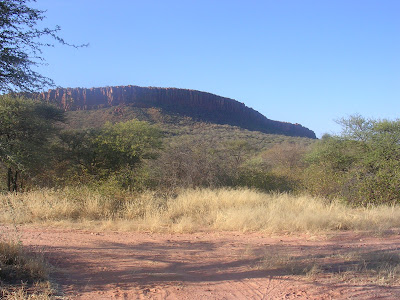 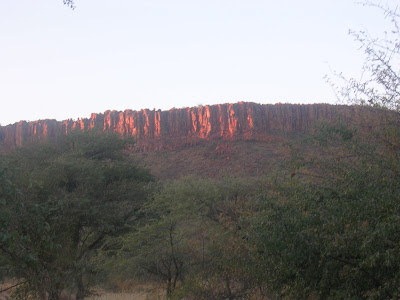 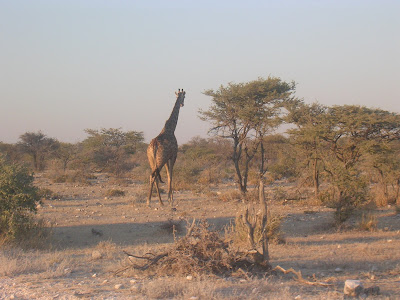 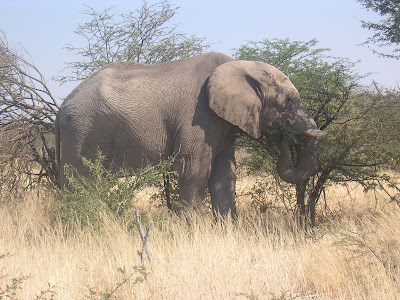 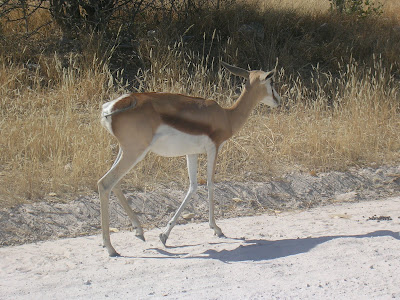 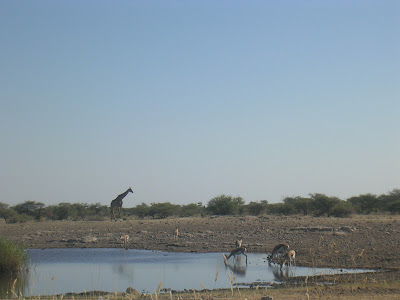 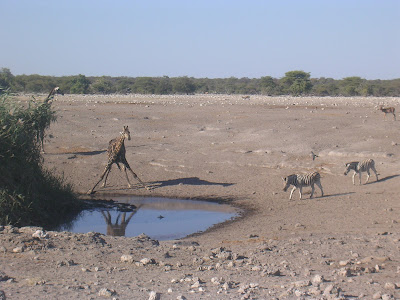 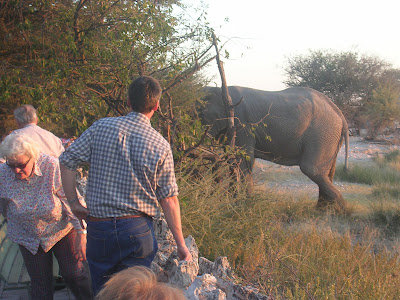 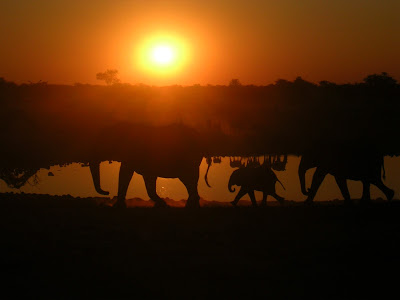 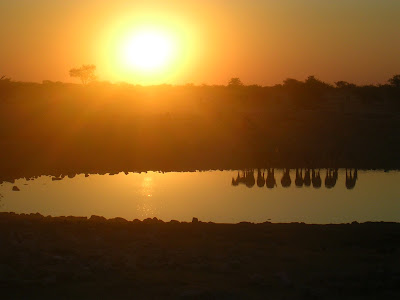 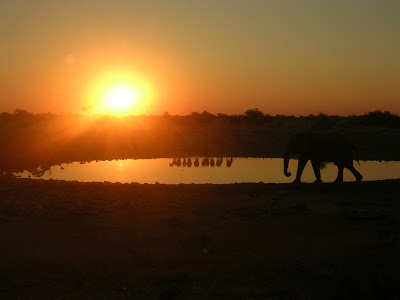