Apoka Lodge is so nice it deserves a photo post all of its own! 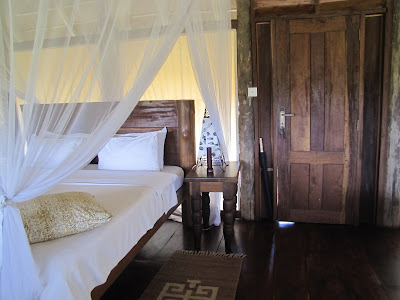 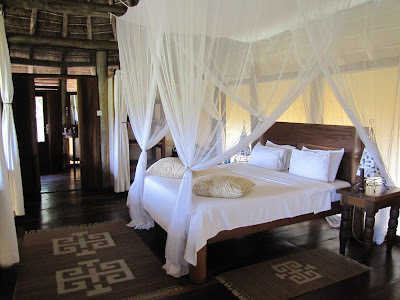 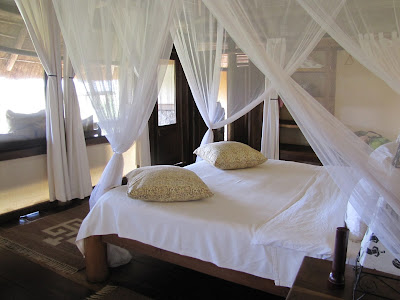 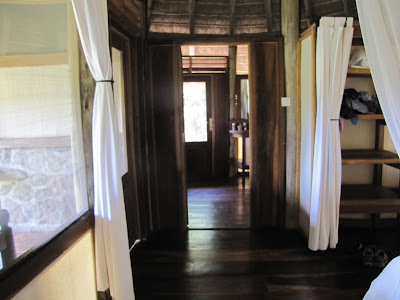 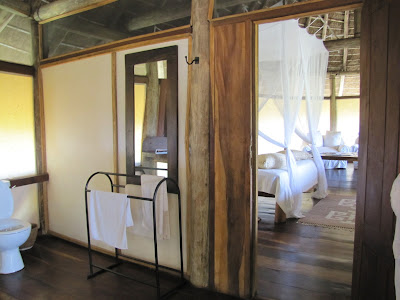 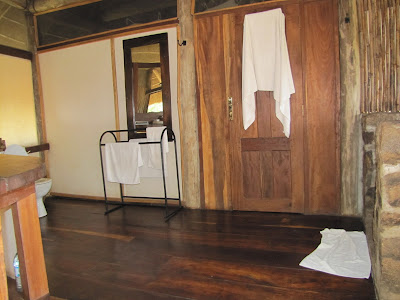 
This week has pretty much sucked for much of the world.  In an effort to try and escape from reality for a bit, here is a long overdue recap of day one of my Easter weekend adventure.

In December a few friends and I schemed up a trip that is on many people's Uganda bucket list:  a trip to Kidepo Valley National Park (KVNP).  KVNP is the most isolated of Uganda's national parks and was, for years, very difficult to reach due to ongoing tensions in northern Uganda.  CNN named KVNP the third best park in Africa this year, in large part due to its isolation and the ability to be completely alone out there.  I really appreciated this aspect of the park!

Driving to KVNP is a long and difficult trip, so we opted to charter a flight and live out our fly-in luxury safari dreams.  One of the only options for lodging in the park is the ultra-luxurious Apoka Safari Lodge, which has ten very private cabins.  Our group reserved seven of the ten early on and got a fantastic tour price significantly below the rack rates of $570/night for lodging at $700/person for the flights.  Significantly lower, I promise.

We met at the airport, checked in, and were escorted to our gate.  The plane, a small Cessna, was very nice and had a pilot and co-pilot.  Neither of which helped ease my flight anxiety, but I made it through!  We flew over Lake Victoria, Kampala, the Nile, and Lake Kyoga before descending into KVNP.  There was a fair bit of turbulence as we cleared the mountains surrounding the Narus valley (one of two valleys making up KVNP, the second being Kidepo Valley), but we landed on the tidy dirt airstrip and were met by Julius, one of Apoka's phenomenal safari guides.  Julius piled our luggage into the vehicle, and we headed to the lodge, only a few km away.

The lodge is unfenced and in the middle of the park, so it has lots of wildlife around.  The jackals hang out by the kitchen hoping for scraps, the warthogs dominate the watering hole, the zebra and antelope wander by several times a day, the giraffes frequent the acacia trees on the fringe of the property, the buffalo claim the mud puddles, and the waterbuck just plain hang out.  A few lions have been known to sleep under Cabin 2, but we weren't lucky enough to encounter them.

We arrived at the lodge and were greeted with a welcome drink and an orientation.  The cabins are spread out to allow for maximum privacy, and we each were assigned our cabin and went to explore along with our personal housekeepers.  The cabins have luxurious beds with mosquito nets, couches and desks, a private veranda for game-watching, a huge and well-designed bathroom, and outdoor bathtubs.  The water is solar heated, and while there was plenty for showers, we had enough clouds while we were there that there wasn't enough to fill the tubs, sadly.  I settled in and headed up to the main building for lunch.  The main building, an open structure with a low-hanging thatched roof - perfect for watching the animals without scaring them off - has a bar, lots of super comfortable couches, and a huge wooden dining table where people eat family style.

Lunches and dinners were three course affairs, and all the food was delicious.  We decided on the day's program - a safari walk in the afternoon and then a night drive.

We piled into our vehicle to drive to the start of our walk and set off with Julius, a ranger, and another guide.  We didn't see much game - a few assorted antelope and buffalo, but we had great fun exploring the micro world of a game park.  Luckily none of the aardvark holes were inhabited by pythons or angry warthogs!  We walked a few miles, forded a couple of streams, and met up with our vehicle at the end point.  We got back to the lodge in time for an early dinner and then headed back out on a night drive.

I love night drives, and they're hard to come by in many parks.  We saw phenomenally large herds of buffalo (for which KVNP is known), identifiable only by their glowing eyes, as well as hundreds of antelope.  We glimpsed a few giraffe, their eyes eerily far from the ground as they grazed.  We were also lucky enough to see two porcupines, one of which we were able to get quite close to.  What phenomenally interesting creatures they are!  The sound their quills make when they run is so interesting.

Rabbits, mongooses, and jackals made up the rest of our night sightings.  We looked, but no leopards stared back at us, sadly.  We got back to the lodge about 10:00 and were escorted to our rooms.  I showered in the heavenly stone shower and settled into bed.  I didn't sleep well, but it was wonderful to listen to the sounds of the night.