D and I woke up early (for me) on Saturday and headed out for a packed weekend of adventures. Our first stop was the Maoking Gondola, a 2.7 mile gondola that goes from Taipei Zoo to the top of Maokong, stopping several times and covering ascents and descents over gorgeous, verdant green landscapes.

We were early enough that there was only a short wait, and then we were off! The original plan was to go to the top and explore and then go down to the next stop and visit a large temple and then head to the bottom. It was another cloudy, hazy day, but there was no rain, and the temperature was perfect for being out and about.

There were a fair number of people already at the top, and traffic on the road was pretty busy. A lot of people hike and bike to Maokong as well as using the gondola or cars, so it's a popular destination. We avoided the food stands and headed away from the crowds to have a drink at a cafe D had visited before. It had lovely views of the surrounding areas, though we couldn't see downtown. The name of the cafe - Cat's Got Nothing To Do Cafe - was priceless. There are lots of tea houses and plantations in this area, which is one of the reasons it's so gorgeously green.

We spent the morning engrossed in the kinds of weighty discussions you can only have with a good friend you haven't seen in a while, and time slipped away from us. By the time we made it back to the gondola station we didn't have enough time to visit the temple. There was zero wait for a car down, which D said was very unusual for a Saturday, and we were even more surprised when the attendant at the next station beckoned for us to get out of our car and get in the empty one behind us. It was one of the gondola's famed crystal cabins with a glass floor. Usually these are pretty coveted, with their own queues, but we lucked out. It was a bit eery but fun nonetheless.

Next we jumped back on the metro for our afternoon destinations - D to the animal shelter where she's fostering a rescue dog and me to the end of the line - Tamsui/Danshui and its riverside village. It took about an hour to get out to Danshui, and by then I was pretty hungry and hoped to find a restaurant. But what met me there was a very busy carnival-like atmosphere with a ton of food stalls and game stalls. It felt like being at a county fair in the United States or any beach boardwalk anywhere. I was not expecting this, but once I embraced it I had a fabulous time people watching. But I was once again very aware of the disadvantage of not speaking - or, particularly, reading - Mandarin.

I settled for one of the only things I could easily identify - fried squid on a stick. The vendor made me a fresh one and cut it up for me. I grabbed a bubble tea and sat down to feast. It was intermittently raining a little, but that didn't dampen anyone's spirits. Kids were driving little cars all around a grassy park fenced off for them, and street buskers were doing a hearty trade. I know away from the riverfront area there are a lot of historical sites and tourist attractions, but I enjoyed seeing the many Taiwanese families making the most of a Saturday afternoon.

My last indulgence of the day was a 20 minute head/neck/back chair massage. I was the only foreigner in the place, but they didn't go easy on me. After another hour-long metro ride I made it back to D's where we shared our afternoon adventures. We headed to dinner at a nearby Japanese restaurant that D had heard great things about, and it turned out to be one of the better meals of the entire trip. Not only was the food very tasty and filling, but the ordering was all by iPad! We enjoyed that novelty probably more than two grown women should, but it provided endless entertainment in three languages.

The next morning we headed out to the Jianguo jade and flower markets, held on weekends in covered parking lots under an overpass. D cautioned me that the jade market was not well-regulated by the government, and prices and quality were therefore questionable. I instead got an idea of the kinds of things that were available in preparation for later shopping adventures. We didn't spend too long in this market, but I enjoyed seeing the myriad colors of jade and other stones and the many, many things made out of these materials. I am thankful that jade is not one of my favorite stones so I didn't fall in love with anything and feel compelled to make a purchase.

The flower market was huge and lush and great for people- and dog-watching. I have never seen as many dogs in strollers as I have in Taipei! Dogs of all shapes and sizes visited the market with their owners. I think they outnumbered the children. We marveled over the flowers and plants and bonsai trees and betta fish and the many other offerings. I can see this being a regular destination if I lived in Taipei and had something of a green thumb.

Since the rain continued to hold off we walked back toward the metro and bought lunch at a convenience store. They warmed up the food for us, and we walked to Da'an Park and plopped down on a bench to eat and watch life going by. I took a nap once we got home that afternoon while D went to her language lesson. I ordered in Subway for dinner, which tasted as wonderful as I hoped. It was an early bedtime for another early morning - this time off to Bali! 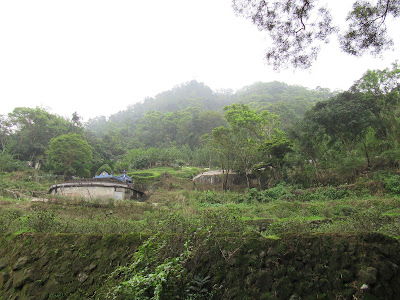 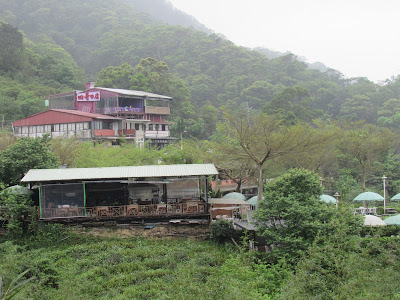 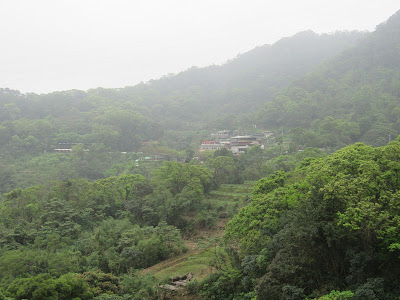 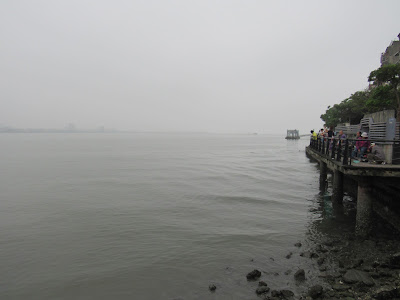 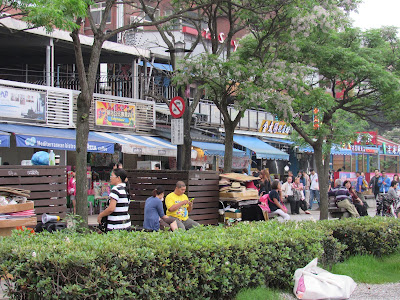 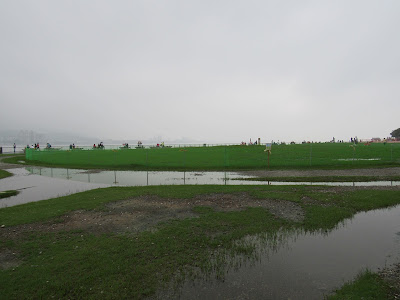 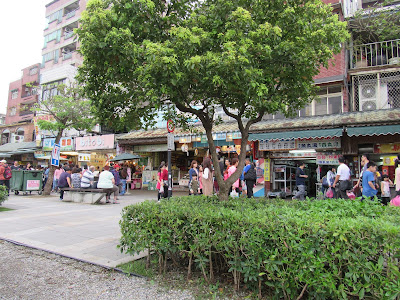 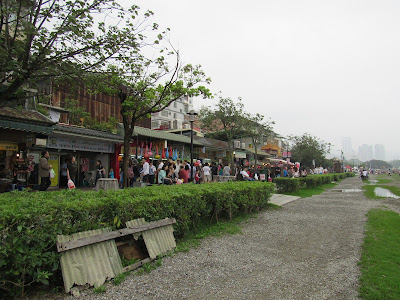 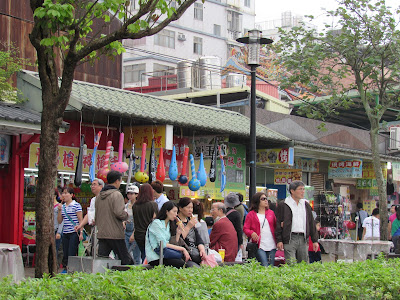