Sorry for the extended hiatus; apparently uploading gobs of safari photos to Facebook and Blogger eats through my monthly internet bandwidth pretty quickly! Now it's finally July, albeit almost the middle of the month, and I can finish up the Mara posts.

I woke up on our final day at Olonana feeling much, much better. I could see out of both eyes, which was about the best thing I could hope for! We had another 6:15 departure scheduled, so it was an early start again. When I met D and Joseph at the vehicle, Joseph proposed going back to the Mara River area we'd gone two days before to try and see a crossing. It looked like it'd be a beautiful day, and we had time, so we decided to do that. From what others had said about that area the day before, most of the herd had moved back to Serengeti. Nobody had seen cheetahs in two days either. But, we'd been having great luck, so we headed out.

We drove by the leopard-sighting area just to see, but no luck. No sightings or roarings. We did, however, happen upon a family of crested cranes - two adults and several babies. We stopped to watch for several minutes - I'd never seen babies, and they were adorable! Both parents showed them how to look for food, and it was just generally adorable.

As we passed the gate at Little Governor's Camp, the ranger told us he could see rhino up ahead. Joseph was skeptical at first, but pretty soon we too could see rhino. It was the mom and two babies from the night before. This time we got to a spot where Joseph thought they'd cross and watched as they came closer. Sure enough, they crossed right in front of us! Joseph told us the older baby was supposed to have left her mom a while ago but was stubborn and wouldn't go, so now they were a trio. The little one is a male, and he was much more headstrong. We had a great time watching them - our closest rhino sightings yet - and got some great photos.

After that we headed for a long trip to the other side of the Triangle area. We saw some hyena and tons of antelope but didn't really stop until we were closer in. We came across a herd of zebra, and one of them stuck out. He had clearly been attacked by a crocodile in a crossing and had lost a big chunk of his hide. While he was walking fine and eating, Joseph said it would likely be a fatal wound. Poor guy.

We moved on in search of lions, having noticed that there were no large herds of wildebeest on either side of the river. We went up to the hill where we'd seen the third pair of mating lions two days before and found nothing. Just then Joseph took a call on the radio, and we headed out to see three lions - two large males and a female. Joseph thinks the female and larger male were the mating pair and the other male may have been fighting for dominance. They were all pretty sleepy when we found them, and we watched them for more than thirty minutes to see if one or the other males would mate and/or if the males would fight. Neither happened, so we moved on to a trio of lionesses who had just had a botched attempt to take down a wildebeest, as another vehicle told us. They were pretty lazy when we saw them, though one did walk around our car and get very close. Joseph told us not to look her in the eyes, which was hard to do as we wanted to watch what she was doing. Lots of side eyes and using the camera to see. She finally settled down with the other two and went back to sleep.

It was about time to start heading back, so we turned around and drove back towards Olonana. It was very quiet today, few other vehicles but absolutely gorgeous weather. There were lots of antelope around, but we didn't really stop until we turned off the main road to check out a string of 'picnic' trees, places where vehicles can set up a meal in the shade - checking, of course, for predators first. Joseph was looking for a leopard who lived in the area, so our eyes were trained on the tops of the trees. They probably should have been focused on the ground as well, as we found two large male lions underneath the second tree! They weren't very bothered by us and barely looked up to acknowledge our presence. We checked the other trees for the unlikely presence of a leopard but found nothing. Oh well.

On the way back we detoured to a section of the Mara River we hadn't seen before to check out some large crocs. There were only a few of them that day, though, and not nearly as large as in Selous or Murchison. Joseph told us this spot was also known as "BBC Crossing" as so much footage is filmed there during the migration of amazing crossings. We used our imaginations. We did finally see a couple of hartebeest - some of my favorite antelope but apparently not too common in Masai Mara.

A few giraffes and a hyena popping out of a bush were the final sightings as we made our way back to Olonana. After changing clothes, finishing packing, and one last lunch overlooking the river, it was time to go. We bade farewell to our amazing hosts and promised to come back. Joseph was gleeful that our plane was slightly delayed, so he took us leopard spotting one more time. We were almost to the clump of trees where we'd seen the leopards when we heard the roar of a plane - our plane! It was fifteen minutes early. We turned around and sped to the airstrip, stopping only to observe a large monitor lizard with a missing tail.

We made it to the airstrip just as the plane turned around and the pilots emerged, so we weren't late. More goodbyes, and we were off. It was just us and one other woman on board; we made one stop to pick up another couple and then headed to Nairobi.

As we landed at Wilson Airport we noticed a red carpet at the next terminal and inquired who was landing. The President, everybody said excitedly. We wavered between wanting to stick around and see the hoopla and wanting to get to the other airport without being stuck in presidential traffic and chose the former. We arrived at Jomo Kenyatta Intl Airport with more than three hours to kill but were able to check our bags right away. We walked the terminal several times, poking into souvenir shops and checking out the wares. D ran into a few of her contacts from Uganda, so we spent some time chatting with them and then grabbed a bite to eat at the very crowded only restaurant in the terminal. Finally it was time to board. Boarding was long and chaotic - I never understand why airports don't use the jetways except as stairs and instead bus you to far-off parking spots - and then we were off.

We landed exactly at 11:45, unfortunately, and it took a while to get through immigration and wait for our bags. Our driver was waiting and, thankfully, the ride home was blissfully quick. You never know how traffic will be. Still, I didn't get to bed until 2am and had to be up a few hours later. The next day was rough, but I made it through, and this trip was definitely worth it! It's not too long until the next safari, so stay tuned! 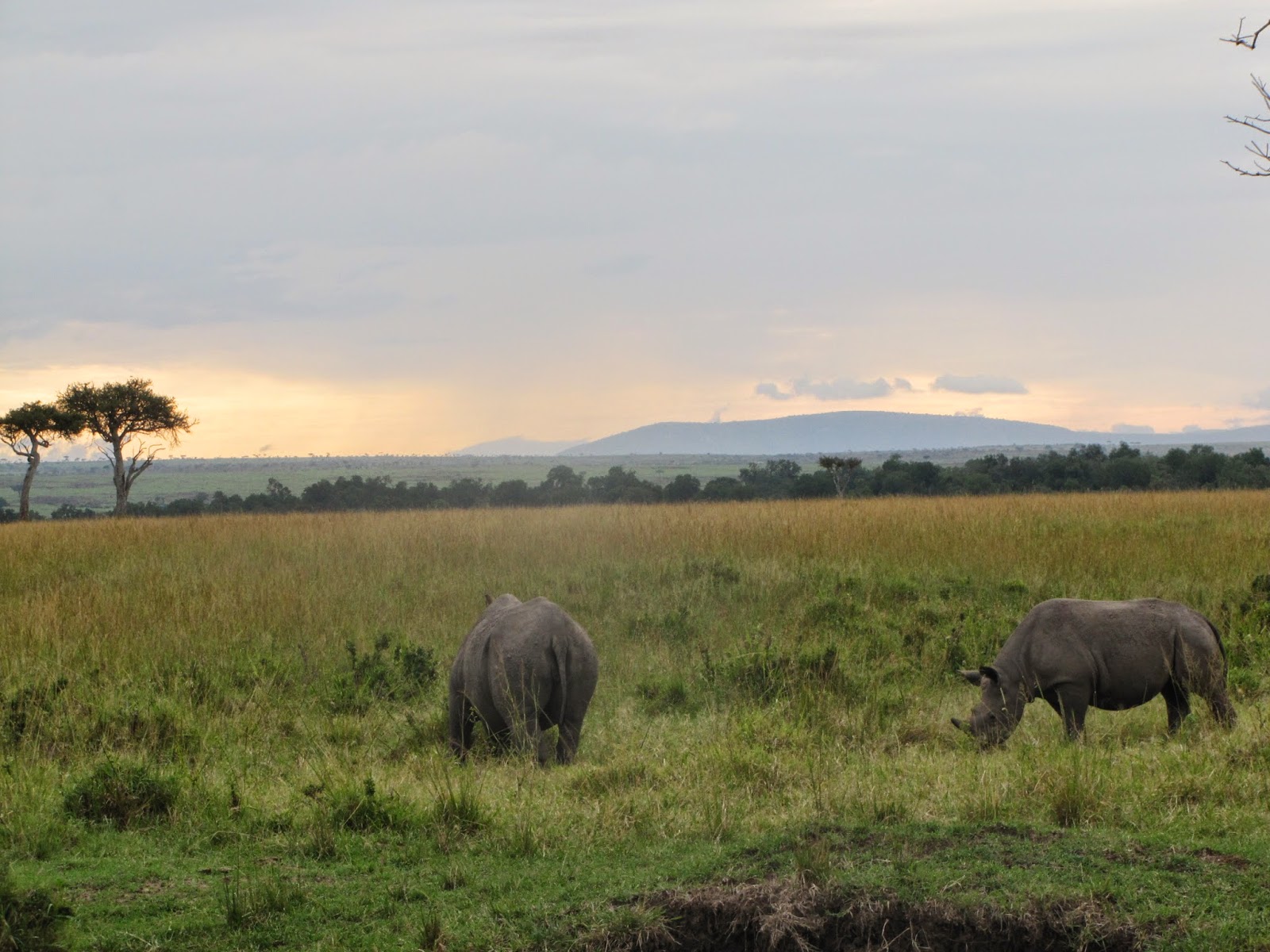 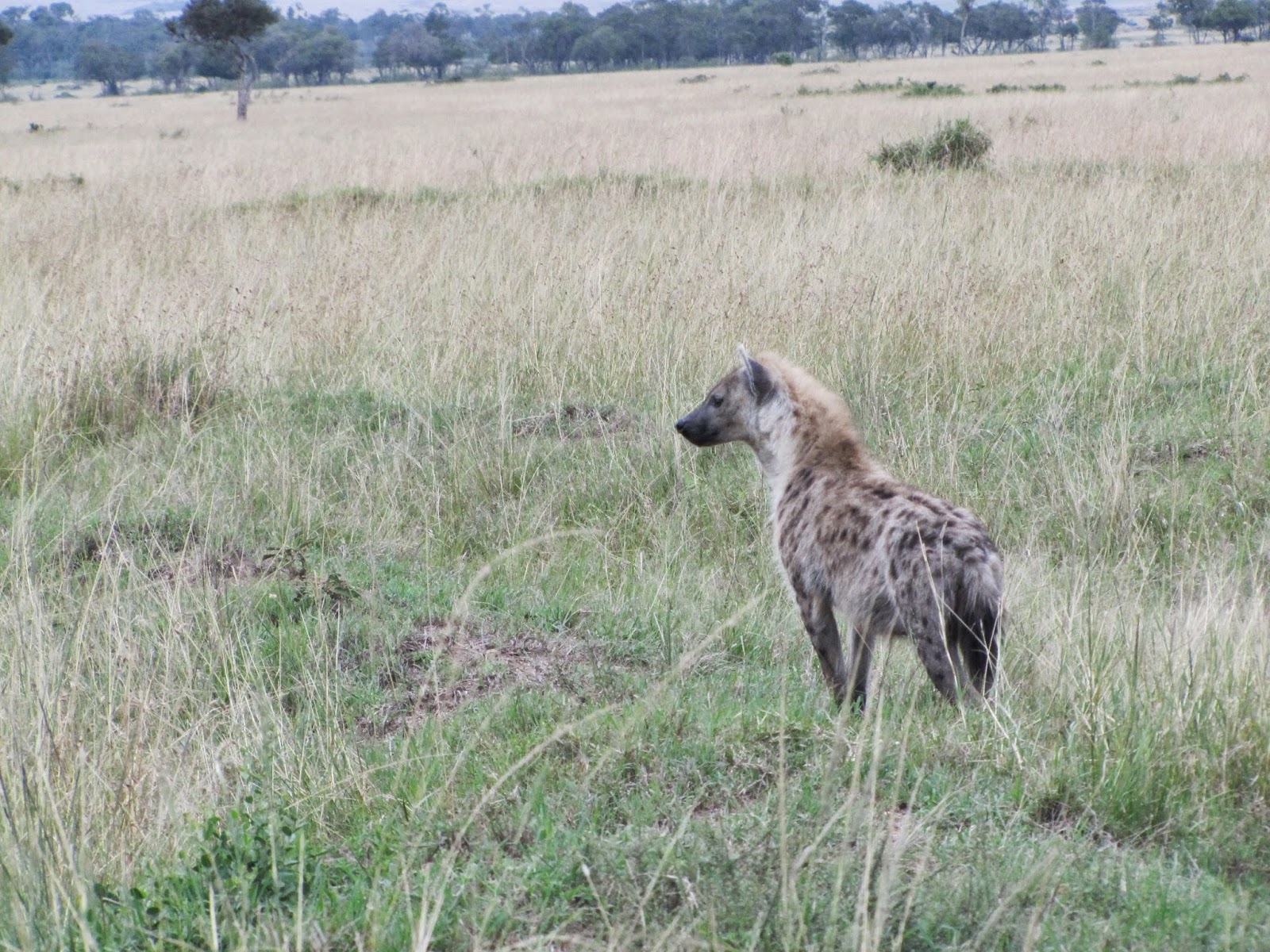 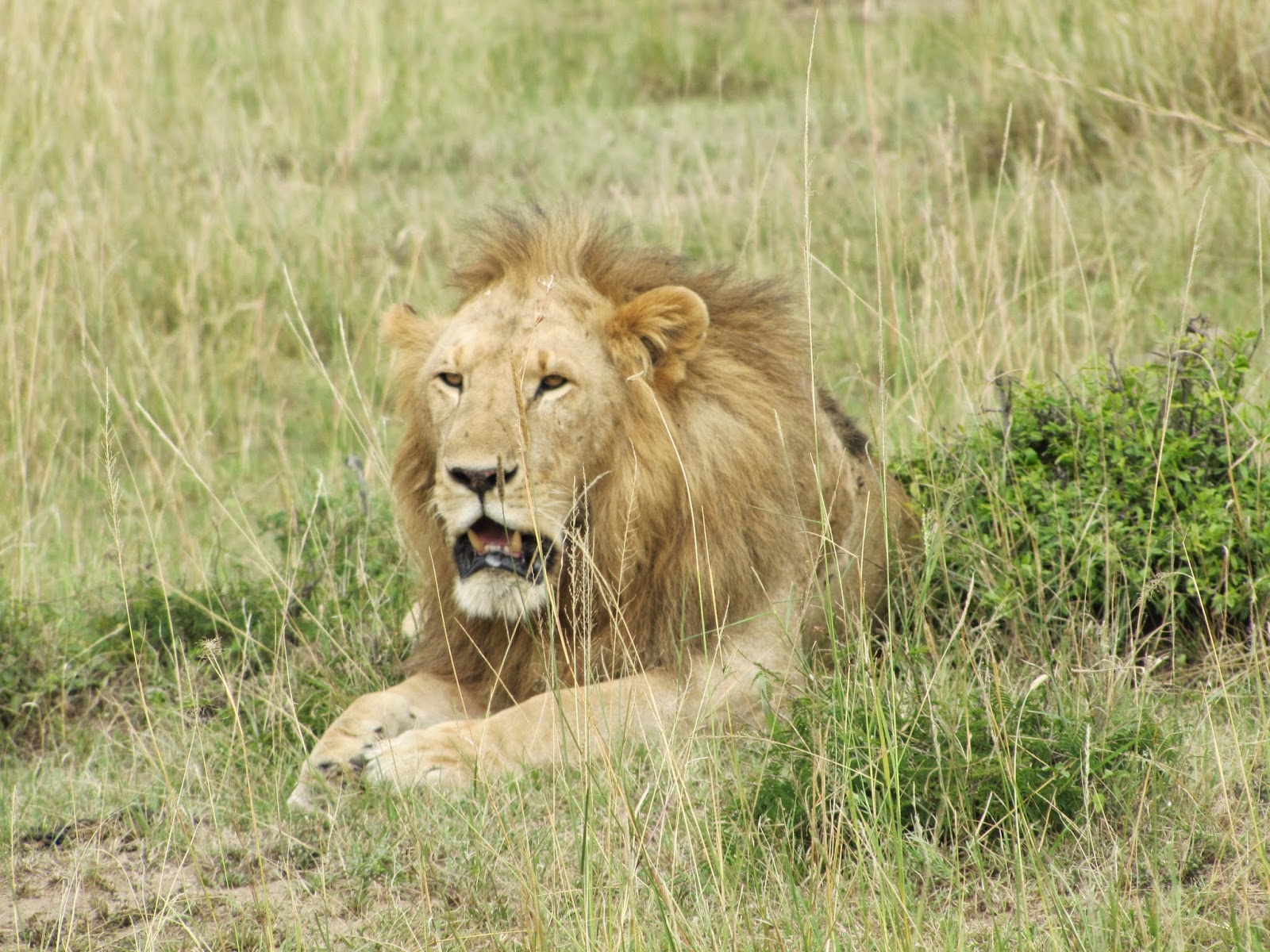 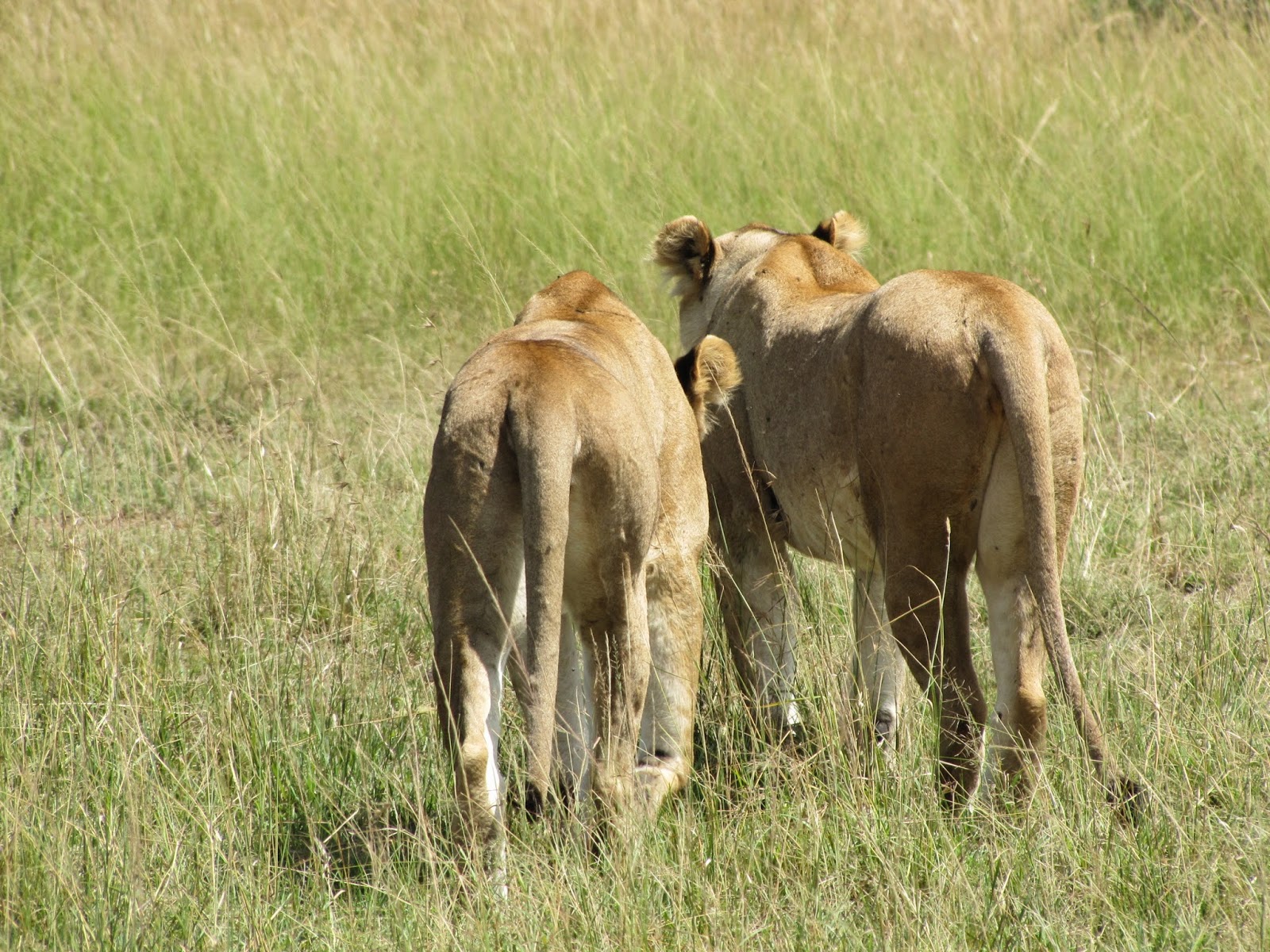 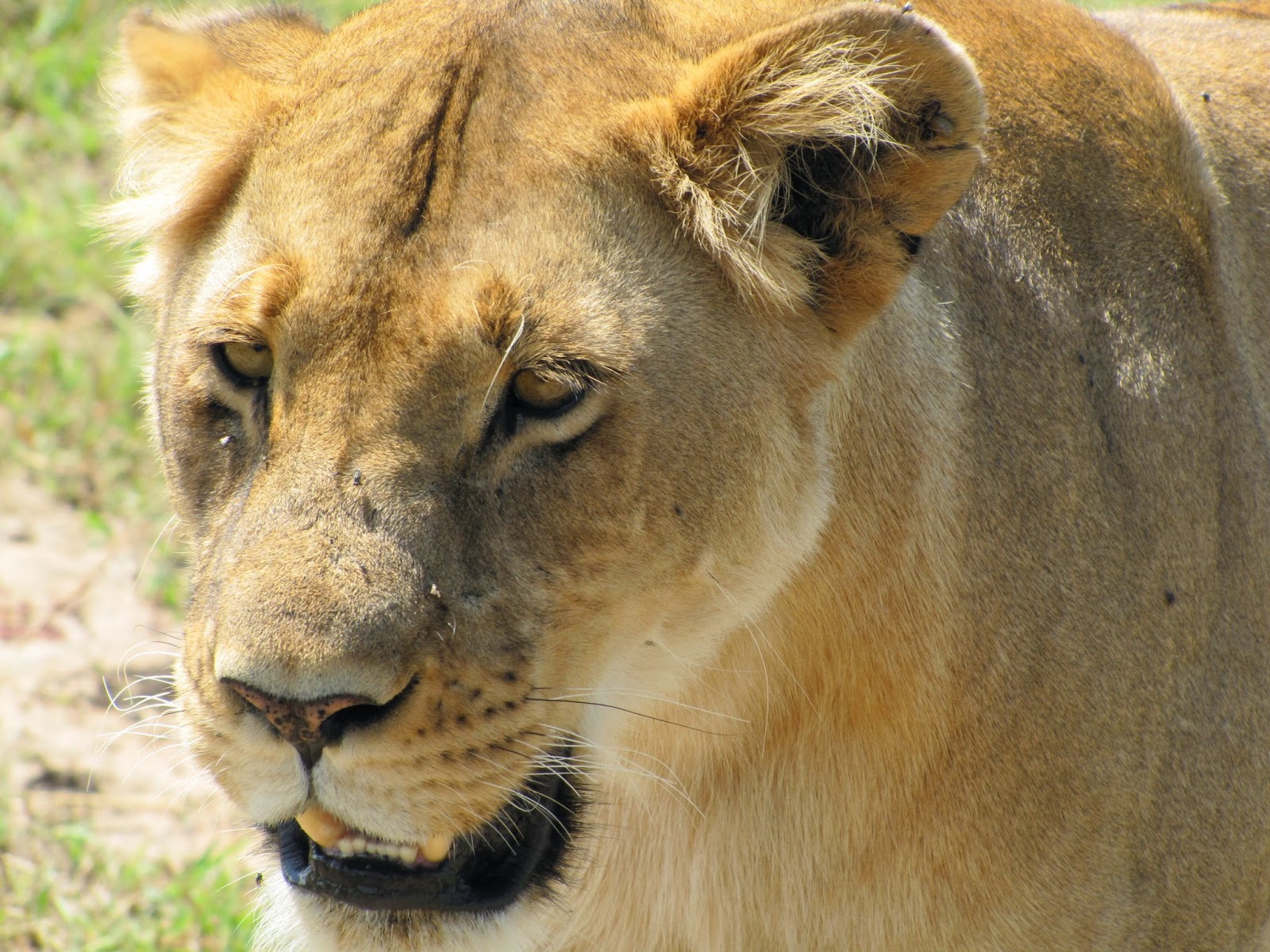 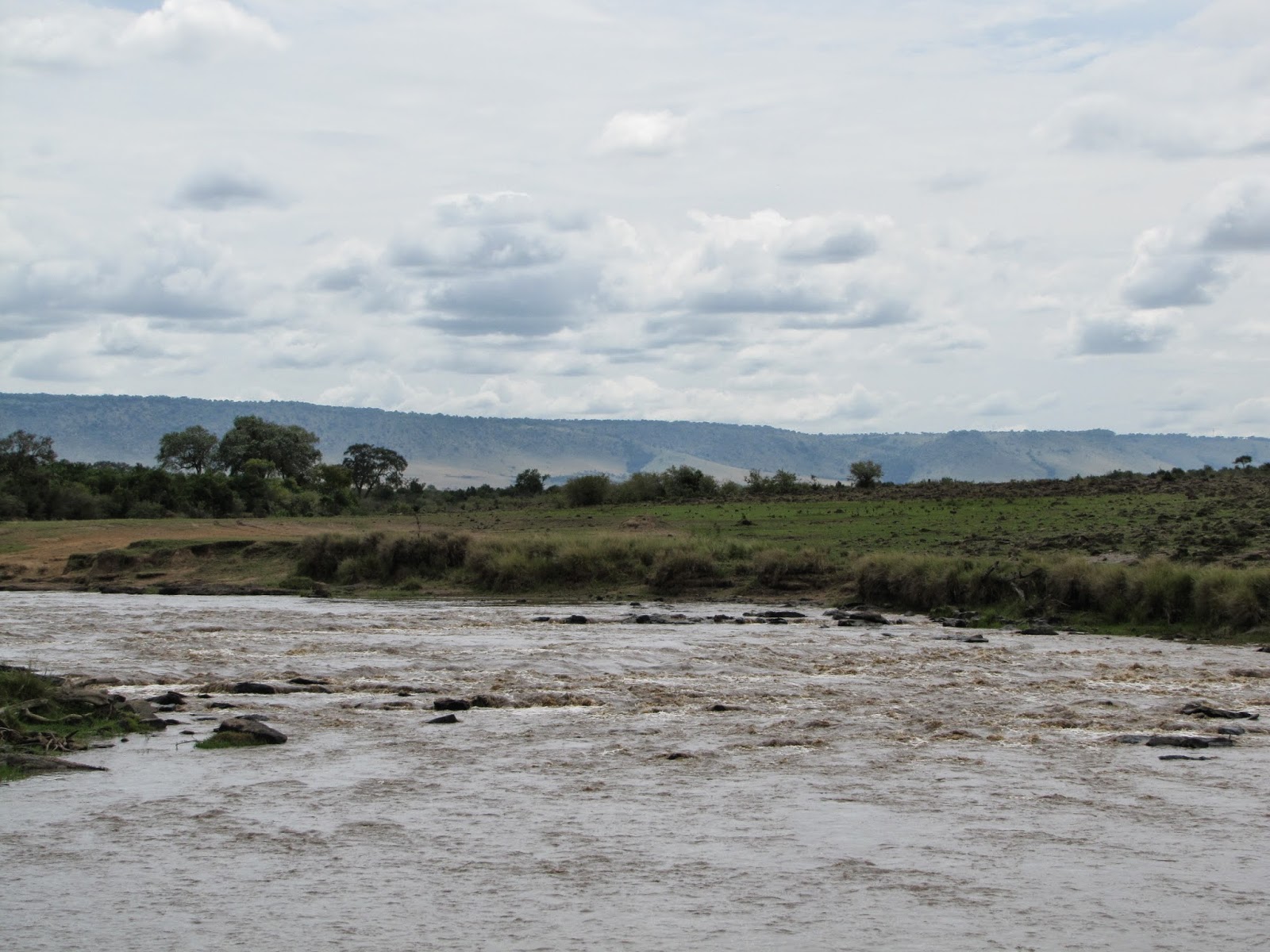 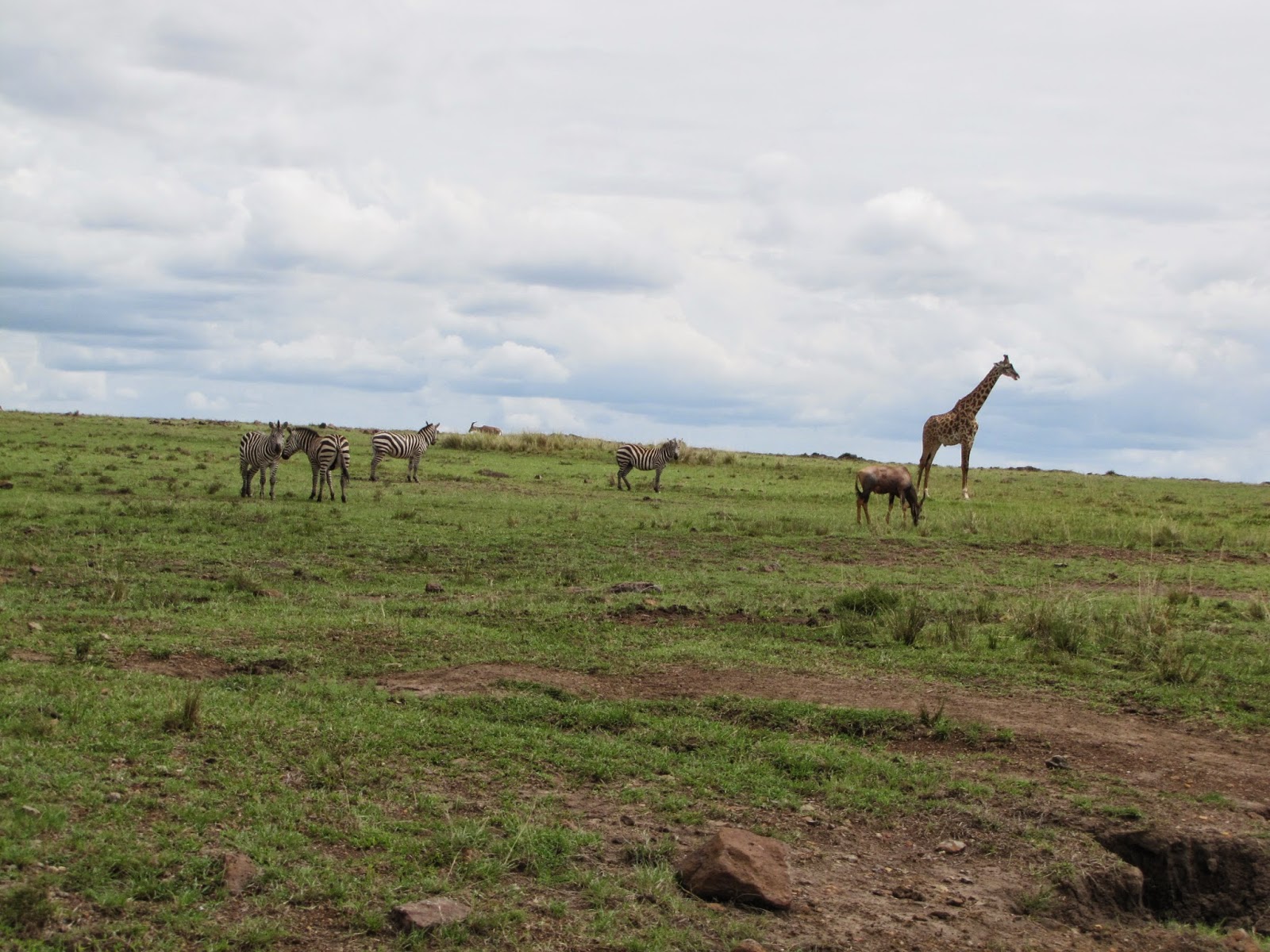 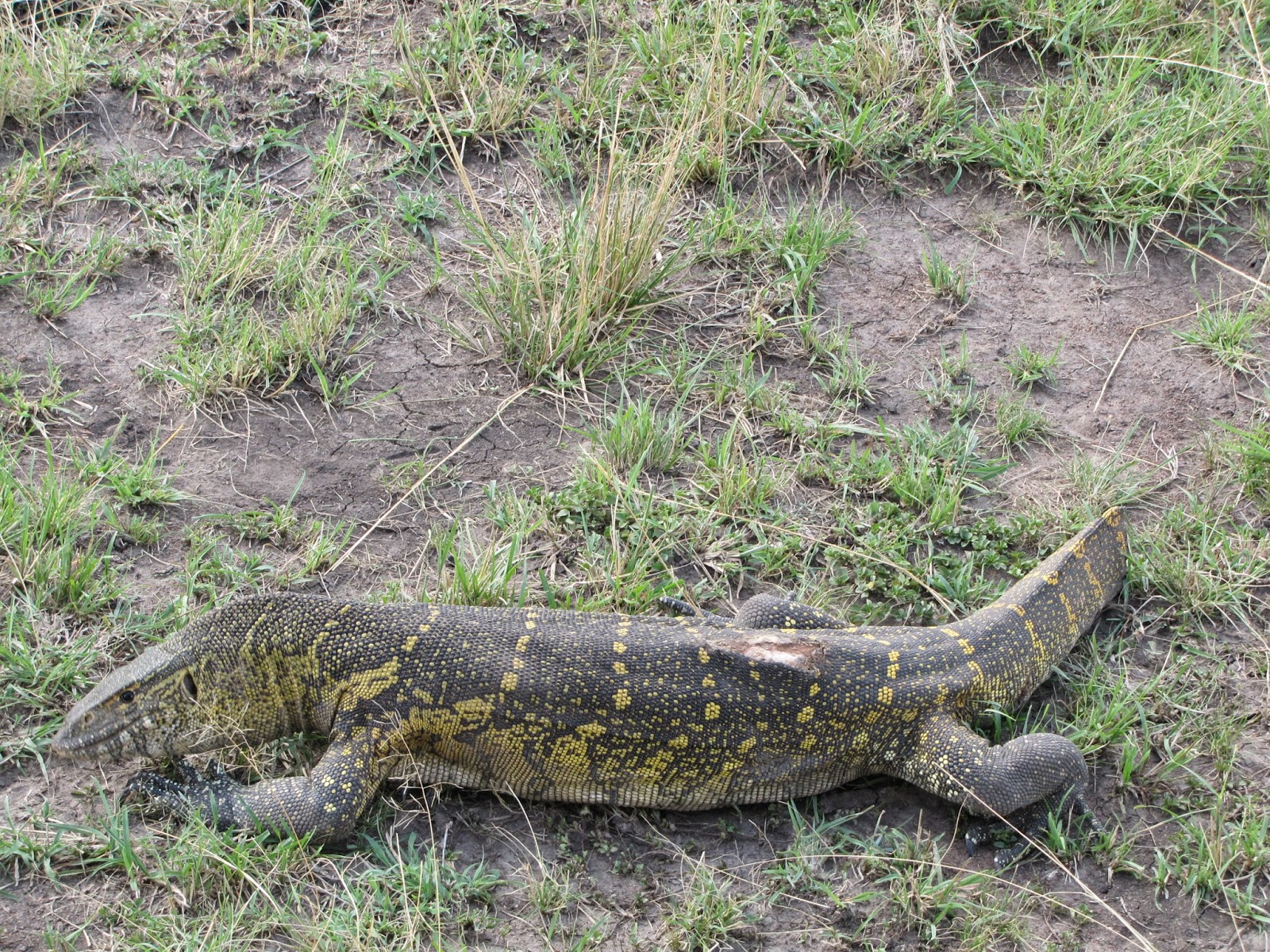