Our final day in Selous (and Tanzania) had a lovely, lazy start.  D went for a morning hike, while T and I slept in.  We had a leisurely breakfast together and then finished packing.  We had a final game drive of a few hours en route to the airstrip, where we'd eat lunch and catch our flight back to Dar.

We started off in the direction of the wild dog sighting from the day before and the dead hippo, but another guide soon radioed in that he'd spotted the wild dogs in another part of the park, quite a distance from where they'd been the day before.  We changed course and sped (relatively) across the terrain in the opposite direction.  Another vehicle passed us, the one that had called in the sighting.  The family in the vehicle said, in as lackadaisical way as possible, that there were wild dogs up ahead.  The way they said it convinced me that the dogs were bedded down and not moving, which increased chances for a sighting.

We continued on a couple of kilometers and then pulled off the track in the area where the other guide had said they were.  After ten minutes of seeing nothing and getting frustrated, our guide had a thought and drove back on the track another half kilometer or so.  He said he thought the other guide might not have known the area's name and given poor directions, but he had an idea.  As we drove, slowly, I looked for what should be a pack of dogs.  Then, all of a sudden, I spotted movement and the first dog came into focus.  It was an adult female, coming to check on the ruckus.  We pulled slightly off track and there, in front of us, was the whole pack.  Six adults and twenty or so cubs, about a year old now.  Only a third of them were visible from where we parked, all of them cubs.  They were not particularly curious and just looked over at us occasionally.

I'd seen wild dogs twice before in South Africa, but always from a distance.  This was a much clearer sighting than any I'd had before, and the colors and patterns and body features were very visible.  D and T had never seen wild dogs, so they had thought my description of them (roughly the size of a German shepherd, body somewhat like a hyena with bigger ears and leaner bodies, with markings like a calico cat) was hysterical, but now it seemed spot on.  Wild dogs are extremely efficient hunters, and the whole pack gets involved.  These cubs were now large enough to help with hunting, and they all looked well fed.

The alpha male came over to inspect us slightly more closely, decided we were nothing to worry about, and dug himself a little hole to get cool in.  A couple cubs went over to sniff him and started to cuddle up, so we left his hole and settled down in another part of the ravine.  That was the extent of the activity from the dogs.

After quite a while of watching them, we headed back the other direction, very happy with our find.  Wild dogs are so rare these days, and to see a healthy population is quite exciting.

We spent about two hours making our way to the airport, spotting giraffes, a few elephants, and the ubiquitous impala as we went.  No leopard sighting, as has come to be the norm, sadly.  I am beginning to think I might be leopard bad luck and desperately need to break the curse.

We stopped by the dead hippo to find no predators except vultures and storks.  It was slightly more eaten away today.

We arrived at the airstrip about an hour early so we could have lunch, another wonderful packed lunch from the lodge.  We chatted and reminisced and told safari stories (much like fish stories) of days gone by.  A few other people showed up, also waiting for a (different) plane.  Our departure time came and went, with no sign of our airplane.  We checked and re-checked the itinerary.  One other man was on our flight and had a totally different departure time, but his didn't make sense at all.  Finally we heard the dull roar of an approaching plane and excitedly watched it land.  It wasn't our plane; it was the one the other folks were waiting for.

Our guide had just called the airline to check on things when another plane approached.  As soon as it landed and turned around we said goodbyes and headed out to to board.  It was a full flight, with us taking the last four seats.  A lot of these small airlines will make multiple stops en route from point A to B and this was no exception.

We waved goodbye to our guides and took off.  Forty-five uneventful minutes later we landed in Dar, collected our bags, and took the shuttle to the international terminal.  We checked in, headed through security (where my spare camera batteries caused quite a scene; the scanner reader guy thought they were a knife.  Nope, just four AA batteries.) and then did a little souvenir shopping.  We were limited to 15kg for this trip in soft-sided bags, which was extremely difficult for me, especially since I had to pack for city, beach, and safari.  Because space/weight had been at a premium, we hadn't done any shopping in Zanzibar (except tanzanite, which is light enough to merit an exception).  So I bought some kangas for presents and a couple of magnets for my collection and that was that.  Our flight was on time and quite empty, so it was easy to spread out and rest.

We made it through immigration and baggage claim in record time and met up with our driver, who got us to Kampala in good time.  Aside from an early morning wake up the following day for work after getting home at 11pm, all was good.  This was a fabulous trip, and there isn't much I'd do differently if I planned it again knowing what I know now.

Just in case I was getting safari joneses, I have one booked for MLK Jr weekend when some college friends will be in town.  Yay for safari! 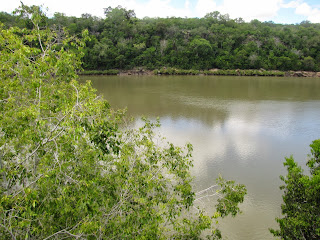 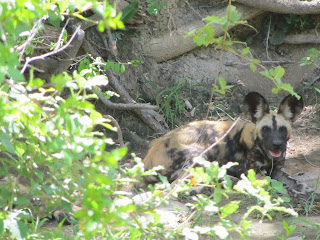 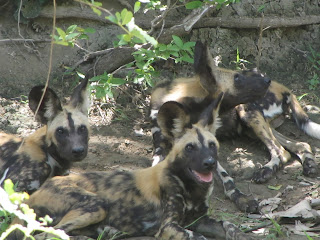 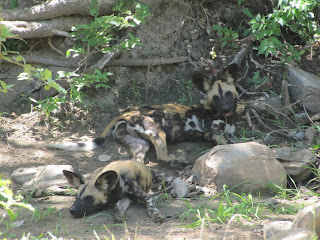 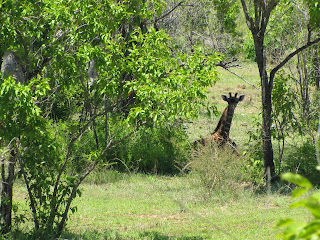 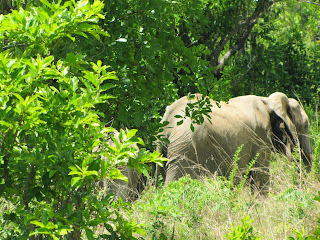 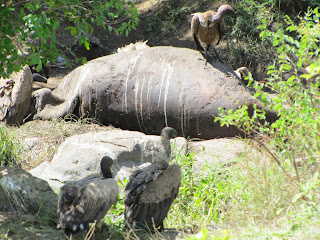