Monday was, I thought, my busiest day in Bangkok. I had arranged a private tour of several tourist sites that was supposed to last all day, but given the heat and crowds I only made it until about 1:00. The tour started at the nearby Jim Thompson House, the father of the Thai silk industry. His colorful history is well known, as are his amazing contributions to this industry. His home - six traditional Thai teakwood houses melded together and decorated with amazing SE Asian art - continues as tribute to the man who disappeared in Malaysia in 1967, never to be heard from again. The house was gorgeous, the grounds were lovely, and the silks were tempting but expensive. Time to move on!

We drove across town to the Royal Palace, a huge complex only partly open to tourists and home to numerous famous sites. It was mid-morning and hotter than blazes, and hundreds of tour groups were also visiting at the same time. To the dismay of my tour guide I only consented to a quick walk through, a glimpse of the Emerald Buddha, admiring the stupas from afar, walking by the ornate royal buildings, and then stopping for a quick cool treat before pressing on.

I decided against a boat on the river since I didn't want to spend more time under the sun, and we headed straight for Wat Pho. Home to the famous giant Reclining Buddha, it is also considered Thailand's first public university as it boasts countless murals and writings and teachings available to all who want to see and learn from them. The Thai massage school there is considered the best in the country.

The reclining buddha is indeed pretty spectacular, but it was irritating trying to avoid selfie sticks, which I firmly believe should be banned from everywhere. They are a scourge on humanity. The buddha's feet, made up of intricate mother-of-pearl detail, are being restored, so they're covered by scaffolding. You can only get a few small peeks at them.

The last stop for the day was the Jim Thompson Outlet, which was a little disappointing since I was hoping for more tablecloths rather than cushion covers. But if I ever need to re-upholster something, I know where to go!

After a quick cool-off shower I headed for my final fitting at the tailor and then grabbed takeout for dinner. Tuesday was a relaxation day until the evening; I enjoyed a spa afternoon and a lovely nap. And then it was time for my last Bangkok adventure - a tuk tuk midnight street food tour! Our group of 12 met at a metro stop at 7:30, piled into our tuk tuk convoy, and set off. We dined on some unusual Isaan fare (I wasn't a fan, sadly, even with my love of all things Isaan!), had phenomenal crispy noodles (and watched them cook them in the back alley), visited the flower market where we learned to arrange lotus flowers, stopped by Wat Pho for a nighttime glimpse and to present our lotuses, and then we had drinks on a rooftop bar by the river before ending with pad thai (not the best I've ever had) and dessert tacos (sort of). It was definitely enjoyable, but I forgot how much exhaust you can take in from a tuk tuk - definitely not my preferred mode of transport! But it was a fun, unique experience, and I tried some dishes I likely never would have chosen otherwise.

Wednesday I slept in, packed, and headed for the airport. The flight was delayed but uneventful, and after I spent more than an hour in immigration (too many international flights landing at once), I grabbed my bags and took a taxi back to D's. Bangkok was a lovely trip down memory lane as well as a chance for some new experiences. I'll be back, Thailand! 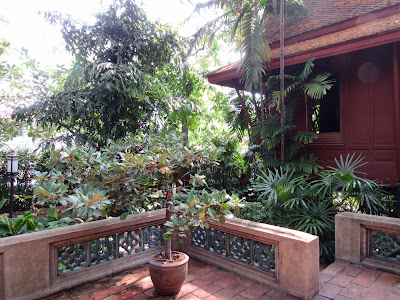 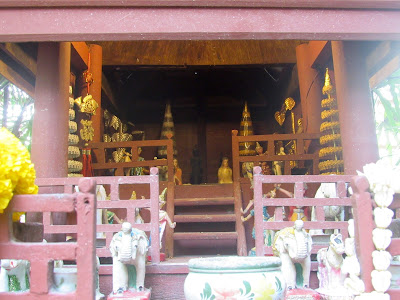 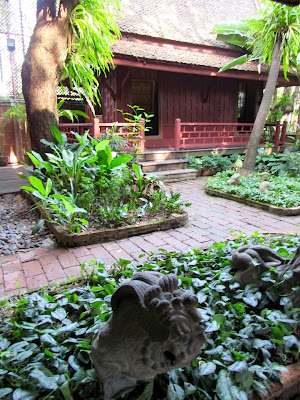 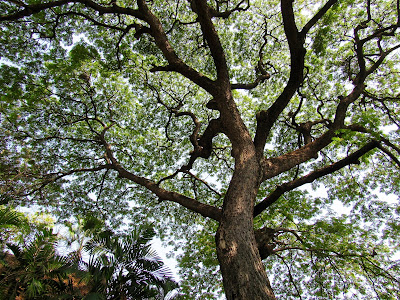 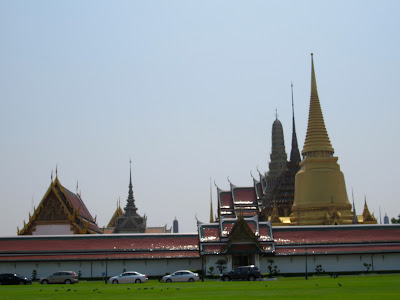 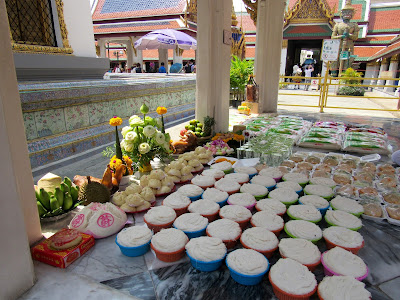 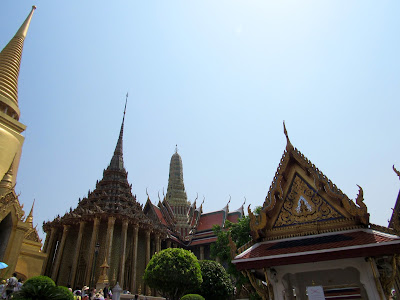 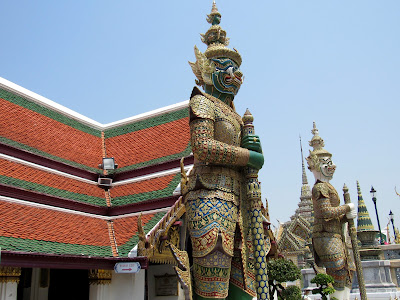 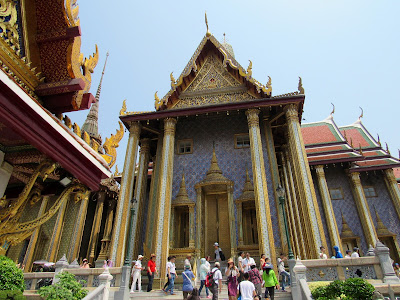 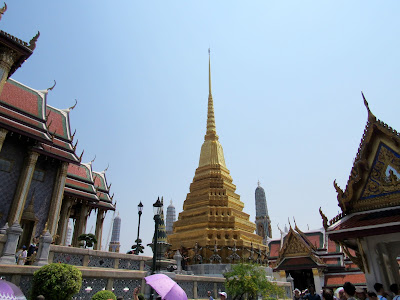 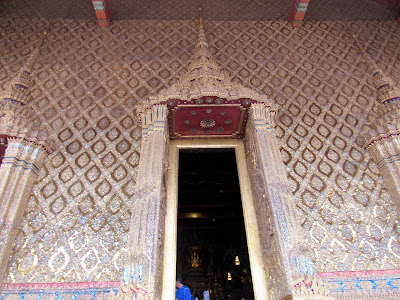 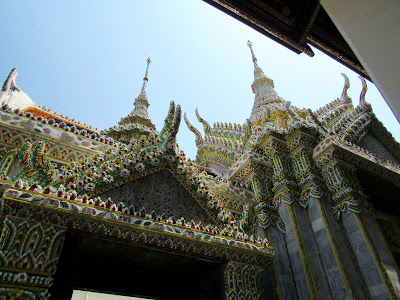 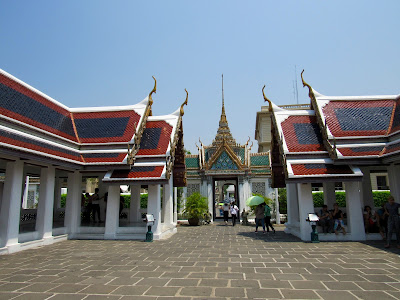 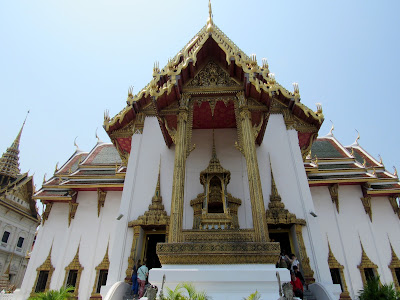 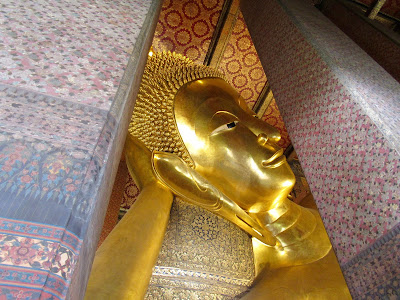 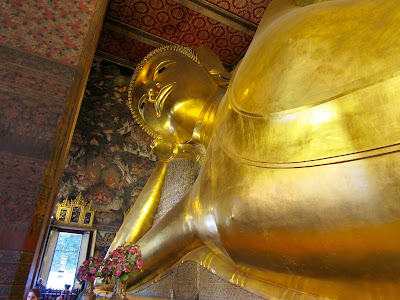 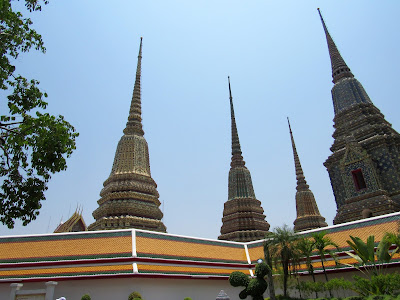 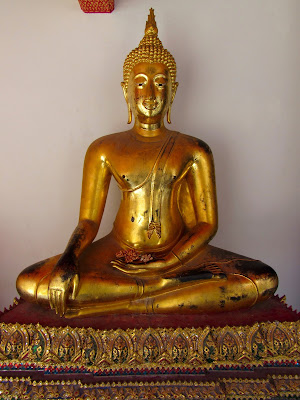 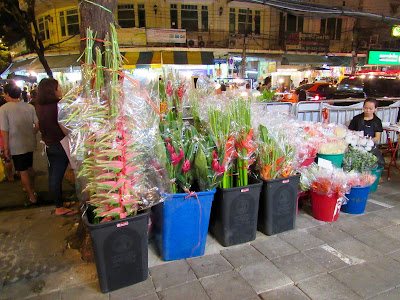 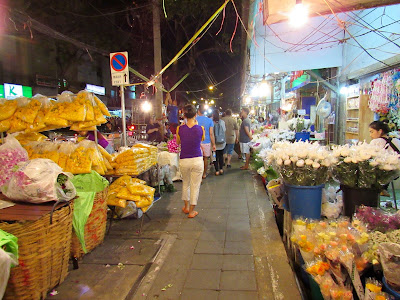 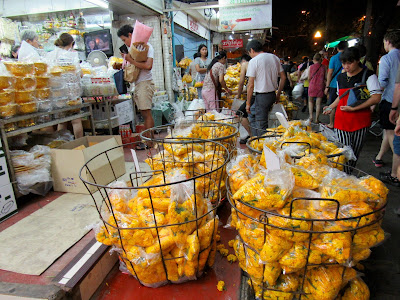 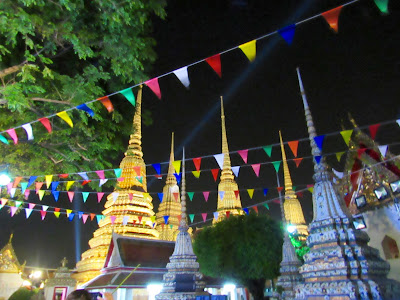 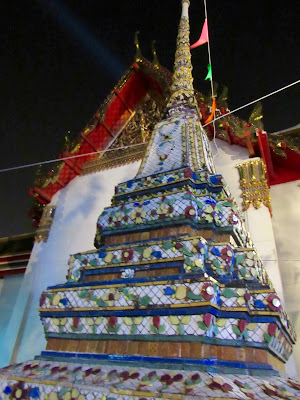 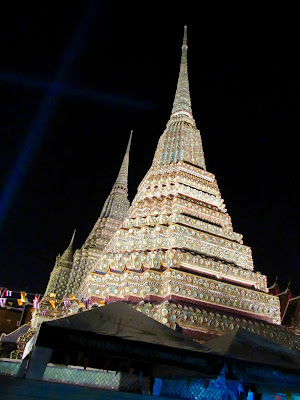