I have oh so much to say about the current government shutdown, but a) I can't bear to think about it more than I have to, and b) there are some great blogs out there that have addressed it better than I would.

So, on to more fanciful (and fun) topics.

We woke up on a cloudy and gray Easter morning and headed out to the Kidepo Valley side of the park.  This is the section less traveled, probably because it has a much lower concentration of game. The Kidepo valley is a much different landscape - less savannah and more forest/semi-desert.  Most of the park's ostrich live here.

We wound our way from the Narus Valley to the north of the park, along the South Sudan border.  After an hour or so we began to see the scenery change dramatically, and the incidence of seeing animals dropped considerably.

Wet season had just arrived to the park, and soon some of these areas would be unnavigable by vehicle.  We drove across the Kidepo River bed, which was mainly hard packed sand at this point.  A few little trickles of water would soon give way to a major water source.  We got out and walked around, completely alone in this beautiful setting.

We drove on and saw - at a distance - one male and two female ostriches.  They were too far away for photos, but it was exciting nonetheless.

We kept driving north in pursuit of two things - the Kanangarok hot springs and the border with South Sudan.  As we drove, a trickle of rain started, and we could see impressive storms nearby.

Just as we reached the hot springs (which were not quite that impressive but still neat to see), the rains came.  We opened umbrellas, donned rain gear, and let down the canvas sides of the vehicle.  It was quite hot inside with no air flow, but we were amazingly dry.  We ate our packed breakfast to the sounds of rain on canvas, feeling cozy.

After that we drove a few more kilometers to the South Sudan border.  Our guides kept talking about this amazing road that the SSDN government had built; they were raving about it!  And then we saw it - an impressive wide dirt road, hard packed and well maintained.  Certainly nicer than the roads in Kidepo and nicer than many of Uganda's paved roads, really.

The rain had stopped, so we got out and walked a few hundred meters into South Sudan.  There was no fence or border to speak of, and definitely no border crossing.  I don't quite count this as an actual trip to the world's newest country, but it was still pretty neat.

We loaded back up and headed back to the lodge in time for lunch.  The ride back was fairly uneventful, but it was absolutely lovely to just be out and seeing this amazing scenery.  The early afternoon was spent watching waterbuck, giraffes, and warthogs near the lodge.  It doesn't get better than that, really. 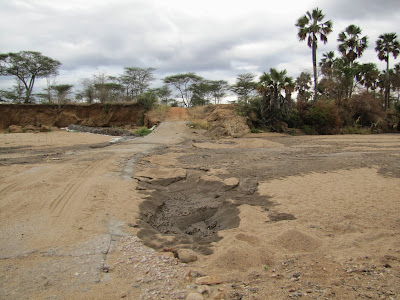 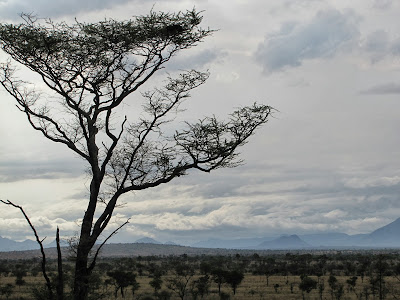 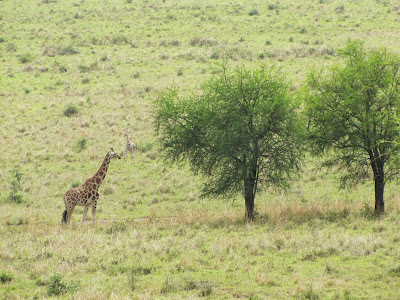 And my next assigment is...


I alluded to this a few posts ago, so without further ado, here is my next post:

Beirut, Lebanon!  I'll head there in early 2015 to encumber a consular position.

This was my first time bidding mid-level, which was as nebulous a process as you always hear it is.  Many of my FS-acquainted readers will be wondering how I have already been assigned when the Summer 2014 bid cycle is still open.  Well, it was a surprise, and it happened very quickly, but it worked out well.

I had been bidding a different position in Beirut on the Summer 2014 list when I was alerted to a position in Beirut on the Now list.  This one fit my timing and was more interesting, professionally.  On Tuesday I found out about and interviewed for the position, Wednesday I was asked to submit a formal bid on it, and on Thursday I received a handshake.  I formally accepted it on Monday after talking it over with family and friends and getting concurrence from the career development folks and was paneled a week later.

The Now list isn't bound by the same timelines as the regular cycle, and this position met my timing because I already am sufficiently proficient in Arabic.  So for those of you who will soon be mid-level bidders, don't forget about the Now list - it can yield unexpected gems!

Professionally-speaking, this is a great job.  Personally, it's a tougher assignment.  It's not unaccompanied, but it's a danger post for a reason, and movement is restricted.  But I know that going into the assignment and don't see that as a major impediment for me, personally.  I had initially been considering a priority staffing post, so now's a good time to do this tour, one of the harder of the hardship tours.

My family isn't 100% thrilled by this assignment but support my decision.  I think the financial incentives and the four R&Rs help ease the pain a little :-). I thank a good friend who let me walk through the pros and cons that Wednesday and helped me realize this was the right decision for right now.

Actually, that's one of the things I really like about the FS.  Each post and each job has its own unique qualities, and there are a lot of right for right now jobs/posts.  And those 'right' jobs/posts are different for every person.

So while I'm a bit disappointed I won't be going back to the United States for a longer period of time, won't learn a new language, and won't head to a new region, there are a lot of great things about Beirut.  Decent weather, amazing food, phenomenal scenery, awesome travel opportunities, wonderful people, and an exciting and challenging job.  Not to mention it starts my mid-level career off well and meets a few important professional development criteria that will be critical for future advancement.  Plus, the cats can go with me!

But perhaps the best thing of all - I learned my fate in mid-September instead of waiting until November or later.  That two months of not lobbying and being anxious and 'what if'-ing everything is priceless.

So I'm settling in for my final year in Kampala (has it been a year already?!) and trying to stay in the moment.  And - a little bit of bragging - I just got promoted :-).  It's been a pretty fantastic fall so far, with more to come!
Posted by Sadie at 11:55 AM 5 comments: