I spent a lovely week in London last month, soaking up baby cuddles and watching my amazing friend L transform into an even more amazing mother.  She and her husband had their precious baby boy in August and are smitten.  But I'm getting ahead of myself.

Instead of flying direct via BA to London I transited through Dubai on Emirates.  Emirates is a very pleasant airline to fly, but it did make a long trip.  I have to say, though, I didn't realize quite how much it felt like 'home' to be in Dubai, even in the airport.  From Bateel dates to expat workers to the smell of oud (even though I hate it!), it was a homecoming of sorts.  The date palms visible as we bused from the tarmac to the terminal evoked a familiar feeling, even though I was so sick of date palms when I left KSA and couldn't wait to see coconut palms!

The flight from Dubai to London was on an almost-empty A-380, my first experience on this massive aircraft.  I had a row of three to myself so was able to lay down most of the flight even if I didn't sleep.  No delays upon landing at LHR, for once, and I sped through immigration and baggage claim and found my driver.  It was a grey Sunday morning with no traffic, so we made it to Swiss Cottage quite quickly.  I stayed in a hotel down the street from L&S since their flat was full with baby and S's wonderful mom.  It was too early to check in, but I left my luggage and walked to their flat.  On my way I stopped and bough raspberries at the corner store - the first of many pints of those sweet fruits for the week!

It was a wonderful reunion with L&S and S's mom, and I had baby K in my arms within 30 seconds of walking in the door.  Photos are great, but there's nothing quite like meeting a little person, is there?

We had a laid back day, marveling at baby, talking about anything and everything, and then a picnic lunch in the local park with goodies from M&S.  Some of L's friends and colleagues came over in the afternoon, several of whom I'd met at her wedding, and I stayed as long as my eyes would stay open before heading to my hotel.  A hot shower, a quick internet check in, and I had that great night's sleep that comes from travel exhaustion and jet lag.

I breakfasted at the hotel on Monday morning, which was unremarkable except that a lovely woman asked me if I'd like to join her family to eat so I wouldn't be alone.  Now I've traveled alone across five continents and actually like eating alone with a good book, and this was the first time something like this happened.  In London of all places!  I was almost finished so graciously declined and thanked her profusely, my day made.

L and I ran some errands on Finchley Road that morning, grabbing takeout from Nando's (!) and generally lazing about with baby K (really, the wonderful theme of the week).  We all took a nice walk to Primrose Hill in the afternoon, dodging the many school running groups and enjoying decent views of London.

Tuesday I had a great Japanese lunch with the fabulous Zoe of Something Edited This Way Comes, a new London resident with her family.  It is always great to meet people I've 'known' online for years, and Zoe's tales of life in London are sure to make you envious.

That afternoon was another quiet one, and after a phenomenal dinner made by S's mom, a phenomenal cook, I headed back for an early night.

We walked to the Swiss Cottage Farmers' Market on Wednesday morning and bought K his first pumpkin as well as some yummy goodies.  I then took my only Tube trip of the vacation (amazing, right?) to Piccadilly.  After being a tourist for a little while and marveling at the spectacle that is Piccadilly Circus and Leicester Square I proceeded to the Prince of Wales Theater where I saw the absolutely riotous the Book of Mormon.  Highly recommended.

After it was over I wandered down Regent's Street window shopping and people watching before catching a bus to St. John's Wood for dinner with an A-100 colleague.  She lives quite close to the Beatles crossing on Abbey Road (my first time seeing it!), and she made an amazing dinner - yet another ode to M&S.  We spent hours catching up and comparing our FS experiences, and it was so lovely to see her after several years.

Thursday and Friday were lazy days again, though we ventured out each day in search of a good cream tea, first to Hampstead and then in Swiss Cottage.  K did pretty well on the outings, and we got our fill of scones - success!  I loaded up on 12+ lbs of various cheeses that I froze before packing but not much else since I was pretty close to my baggage weight limit.

Saturday brought a sad goodbye with L, S, S's mom, and K, but knowing I'm just a plane ride or two away and will be for another few years was comforting.  I got to the airport with plenty of time to have a leisurely lunch and stock up on duty free.  The flight was full to Dubai, but on an A-380 it didn't feel too cramped, amazingly.

I had a six hour overnight layover in Dubai.  Thankfully it's the best airport for night layovers since everything is open 24 hours.  By the time it was time to find my gate I was exhausted and more than a little cranky.  I changed clothes in the bathroom, but that only made me feel slightly better.  I knew the next flight was full too, and I was not looking forward to it.  I checked in at the gate, exchanging my boarding pass for a new one and heading into the crowded waiting room.  I glanced down at my pass and noticed I had a new seat - 3A.  Hmm, I thought, did I get upgraded?  The gate agent hadn't said a word.  I checked my zone - it was zone B for boarding.  Another good sign.  Then I noticed, in big letters across the top of the pass, the words Business Class.  I almost cried in relief.  Believe it or not, I have never, ever flown anything except Economy Class.  I have never lucked into upgrades before.  I didn't stop smiling from then until Uganda!

One neat thing about my flight is that it was mostly Hajjis on the flight, Ugandans who just completed their Hajj in KSA.  I am no stranger to flying with pilgrims, easily recognized by their white dress and newly-shorn locks, but this was my first encounter with Ugandan pilgrims.  I found a group of women and congratulated them on their pilgrimage, getting a few smiles and thanks.

I boarded and luxuriated in my business class seat, exploring its features and then many amazing amenities.  It is going to be darn hard to go back to economy class, I can tell you that.  I got a little sleep but mostly enjoyed having my feet up and watched movies.

We landed on time in Entebbe, and I sped through immigration and only waited a little while in baggage claim. I headed out to the parking lot where I was to meet my driver, only to find that the lot we had agreed to meet in was entirely blocked off.  Police and soldiers were manning the entrance, which was gated and locked, a first.  There were hundreds of people in brightly colored clothes pressed up against the fence, and it took me a little while to figure out what it was.  These were the friends and families of the Hajjis, waiting for their loved ones to emerge.  Once I realized this I focused in on the drumming, singing, and dancing that was going on.  A soldier encouraged me to move to the other side quickly so I wasn't, as he put it, run over.  "They're coming, soon, you must go."  I called my driver and rerouted our meeting point, but there wasn't time to get out my camera and ask if I could take photos.  My driver found me, and we loaded up and headed back to Kampala, passing numerous welcome home signs along the way.  What a neat way to come back to Uganda!  I kind of wish we'd stayed to see the reunions, but that would also have put us in a traffic jam leaving the airport, and I valued getting home too much to stay.

My cheeses all made it still cold, and I have a fresh supply of delicious dates that will get me through until the next Dubai trip :-).

Here are a few photos from Primrose Hill.  The rest of my photos have people in them, so they don't get on the blog here. 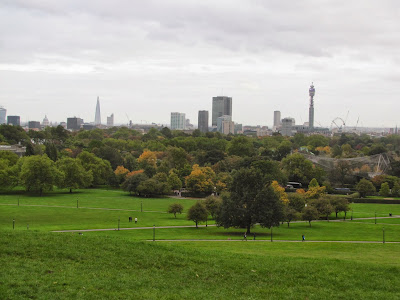 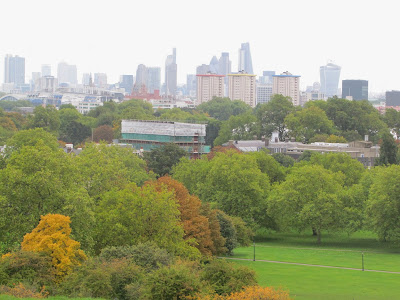 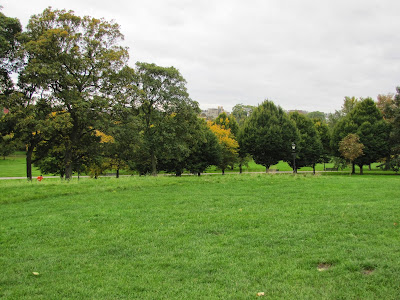