I'd been told ahead of time that Corfu is green. And it certainly is. With 4.5 million olive trees (or between 3-6 million depending on who you ask), a ton of wild-growing tall, thin cypress trees, and lots of fruit trees and wildflowers and bushes, it's a lovely view. I particularly enjoyed the jacaranda in bloom; I have a tree in my yard in Beirut as well that's gorgeous right now. Jacaranda is my strongest memory of Johannesburg and Pretoria in November - streets lined with gorgeous purple blooms on trees and sidewalks. That vibrant color is just unmatched. Oleander is also prevalent around Greece, mostly in whites and pinks. It's a lovely bush, doing much the same as bougainvillea to provide cover. The lemon trees were heavy with fruit today, and everywhere we went there were lush blooms of many different hues.

As we disembarked in Corfu Town, it started to sprinkle and then pour as our bus left the port. Our guide promised us that Corfu has a microclimate and that our next destination, Paleokastritsa, a beach town on the west coast. And, sure enough, it cleared as soon as we left the capital. Paleokastritsa is a picturesque little village at the foot of the mountains, clearly a popular tourist destination. Some folks opted for short boat rides out to the nearby caves during our free time; I meandered and marveled at the rich blue and green hues of the clear water, fed by underwater springs.

Next our coach headed up the highest mountain to a panoramic viewpoint in the town of Lakones. The road was full of switchbacks, but it was amply wide enough for our bust to turn, and I thought the grade was relatively gradual (though many of the others on the bus disagreed). But once we got to Lakones, things got comical. The streets here narrowed considerably from comfortable two-lane mountain road to barely passable with only inches of room on either side separating us from houses and roofs. Since many of the houses and buildings were built into the cliff, I realized at times that I could have reached into their upper-story windows, had they been open. Just as the entire bus was marveling at this tight squeeze and our guide was joking about the town's spacious central square, we reached the central square. At the same time as five other cars coming from the opposite direction did. These were clearly rental cars driven by tourists, as the idea of backing up seemed anathema to them. No matter that behind us were two more buses and numerous cars, so backing up for us really wasn't an option. Our guide got off the bus to help explain the situation, and several locals helped as well. Four of the cars backed up and cleared the way, but the first one in line was just not going to do it. She seemed stressed and a bit overwhelmed, and she tried to maneuver her car enough so we could get around, which was spatially impossible. Finally somebody managed to convince her to reverse, and she did so slowly and hesitantly. We inched along. After a few hundred meters she decided she'd had enough and started to turn around. Which was not possible in the space she chose. A few people helped her maneuver enough off the road to allow us to pass, and I was not surprised to see her with her head in her arms as we drove by. Poor thing! Our guide got back on the bus and told us all the cars were occupied with Russians who spoke no English or Greek, which explained why it was so laborious. The whole thing took at least 20 minutes. He told us that, amazingly, he'd never encountered such a situation before. The Australians on the bus seemed to get quite a kick out of the entire thing, narrating the event and giving color commentary as it unfolded.

Finally we stopped at a well-placed restaurant, and the views really were quite amazing from there. After a short stop we made our way slowly back to Corfu Town and the port. The clouds had completely dissipated by this time, so we were treated to stunning views of outlying islands and the Greek and Albanian mainlands just a few kilometers away in places. Corfu Town has numerous architectural influences, including Venetian, French, English, Byzantine, and others, and I can imagine basing myself here for a week and exploring the island a bit more.

Too soon it was time to re-embark our ship and say goodbye to Greece. As we sailed north through the Strait of Corfu, Albania was clearly visible about a mile away. So close and yet so far! One day. I opted for the buffet dinner and early bed tonight, not up for a 4-5 course meal with subpar food and service or the lackluster show promising "variety in Oriental style", especially not after last night's subtly racist Samurai tribute to Japanese culture. 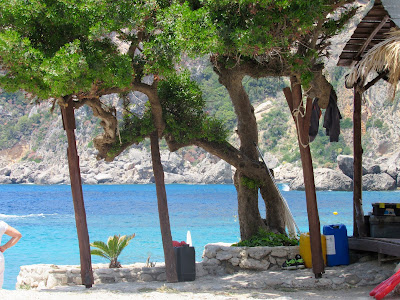 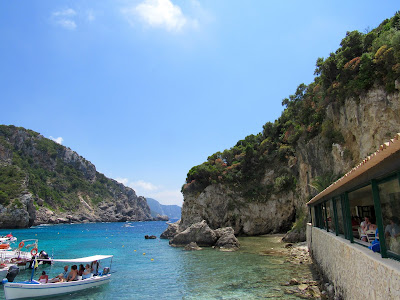 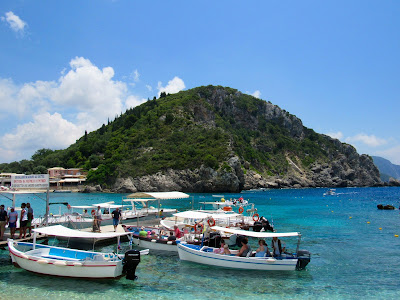 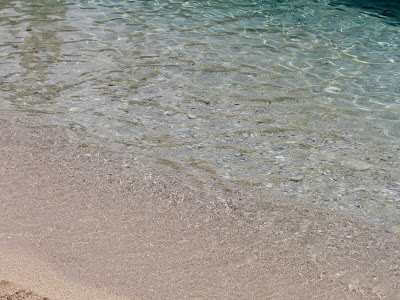 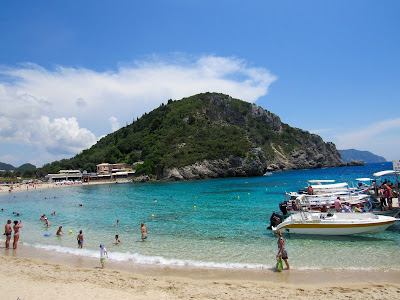 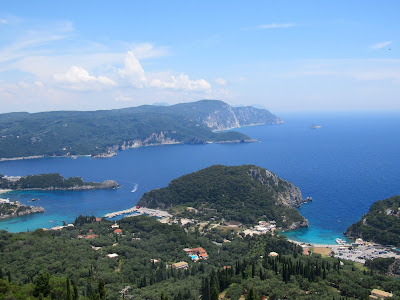 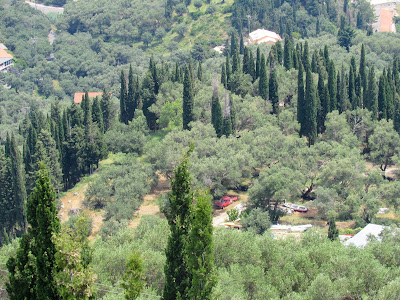 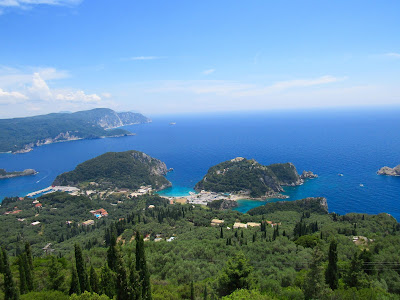 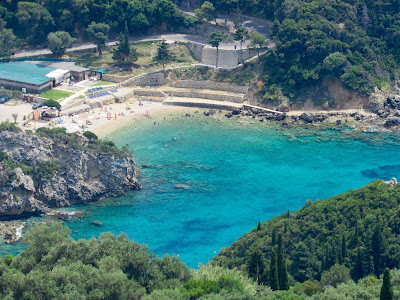 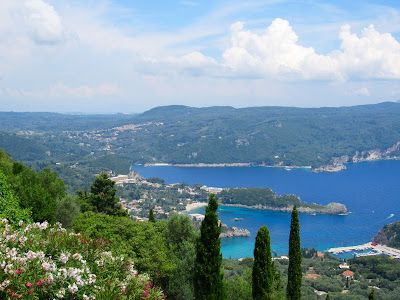 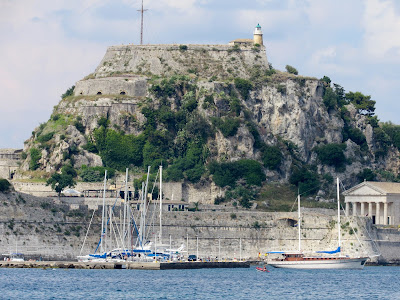 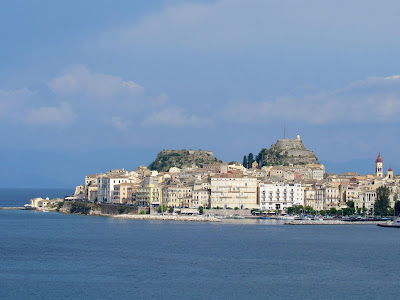 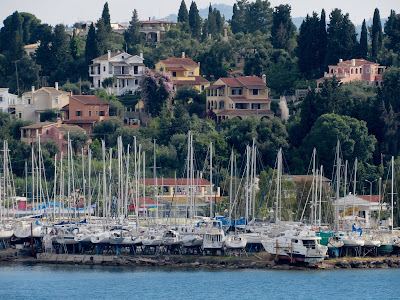 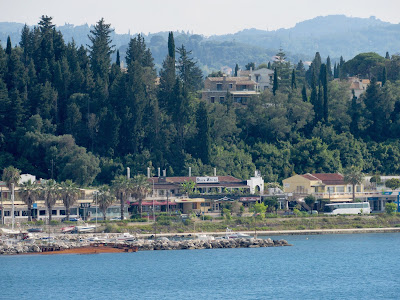