Our start the next morning was late enough that we had time to have a sumptuous breakfast at the Serena, finally getting to see our surroundings after our late night arrival. We rushed through the last cups of coffee and pancakes to meet our driver with our luggage as agreed upon. But then he was in no hurry and took his time chatting with other guides. This "hurry up and wait" mode would, unfortunately, become a trend. We were very much beholden to his own internal clock, which seemed to know no logic. More on that later.

Having loaded the vehicle, we set off towards Lake Manyara park itself, a short distance away. The day was overcast, but it was a dry, dusty day. Before we got to the park we started seeing baobabs, one of my favorite African landscape features. I love their hauntingly empty branches for much of the year when everything around them is in full bloom. We also stopped for a troop of baboons on the road, including a very young baby clinging to his mom with such an inquisitive, hairless face that it was a striking vision.

Lake Manyara National Park is on many Tanzanian itineraries simply because it is located between Arusha and the Serengeti. But it's a lovely, albeit small, park with some stunning vistas, both savannah and forestland. It's famous for its birdlife, particularly the flocks of pink flamingos that are drawn to the lake itself. There are leopards and lions, but they're rarely seen. We first encountered several shy blue monkeys who did their best not to pose for photos. We drove through some gorgeous forests with lots of streams and pools of water and fig and mahogany trees before emerging onto the familiar savannah.

There we found a sleepy herd of buffalo and some very brown/red zebras thanks to the blowing dust and dirt. Soon we reached an oasis of sorts with hippos and many, many, many birds. There were several different species in attendance, but the most spectacular views were of the literally thousands of yellow-billed storks. Wow. With each bird standing up to three feet tall, a giant flock like this one is amazingly striking. Especially when hundreds at once take to the air. With wingspans of what seemed like 4-5 feet, it was quite a sight to behold. And behold it we did. For about 45 minutes longer than we wanted to. Don't get me wrong, it was great, but we did not need to spend an hour of an already-packed day sitting there. We tried, many times, to get our guide to move, but he appeared deaf to our appeals. Finally, we were off.

One thing we noticed immediately driving on was how white parts of the savannah appeared, the result of thousands of these white storks moulting. Fascinating. We passed the closest approach to the lake, which was quite far from the current shore given the water levels, and had a very distant view of pink. The flamingos weren't individually recognizable as such, but the sea of hazy pink told us what we were looking at.

We stopped at a hippo pool lookout and stretched our legs on the raised boardwalk before heading back to the lodge for lunch. On our way, though, in the middle of the forest, we came upon a herd of elephants. There were several older females and more adolescent males than I've ever seen at one time, as well as several babies. We were lucky to have the scene to ourselves for a good thirty minutes before another car happened upon us.

The adolescent males put on quite a display, sparring with each other noisily with tusks, trunks, ears, heads, and even sticks. One had already broken a newly-emerged tusk with his antics. An adolescent female was bullied relentlessly by the boys. The matriarchs were preoccupied with the babies, especially one very tiny, sickly little guy. We wondered if his mother might have died, because he clearly wasn't getting enough good. They kept him well hidden most of the time we were there, but they crossed the road at one point, giving us a heartbreaking glimpse of the malnourished young one. I doubt he survived much longer, sadly.

After leaving our private elephant show we drove back to the Serena for lunch before setting off on our long, hard drive to the Serengeti. (And those 45 minutes from earlier? They would have come in handy on that drive.) We didn't have long at Lake Manyara, but it was a charming encounter, albeit a brief one. 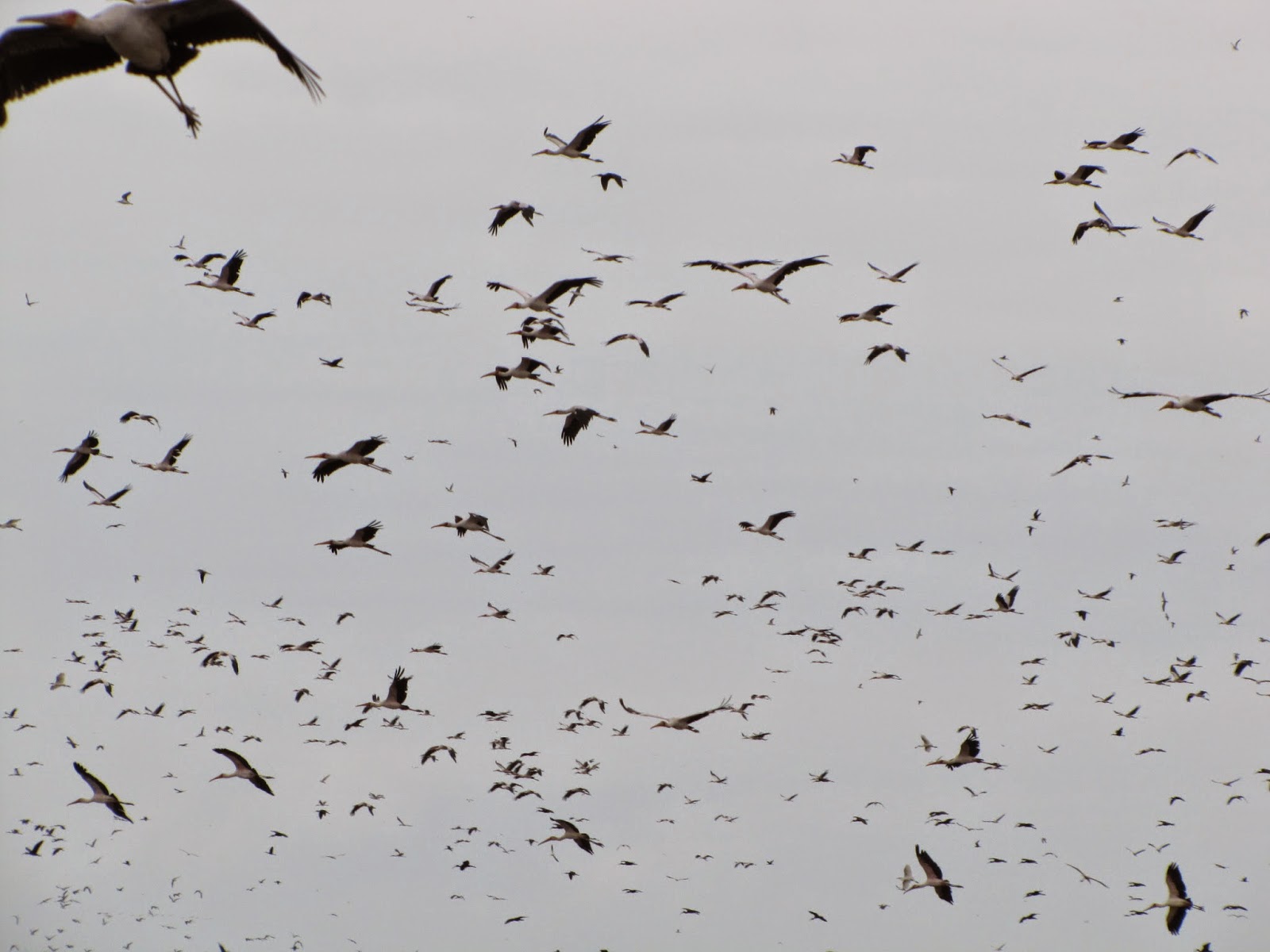 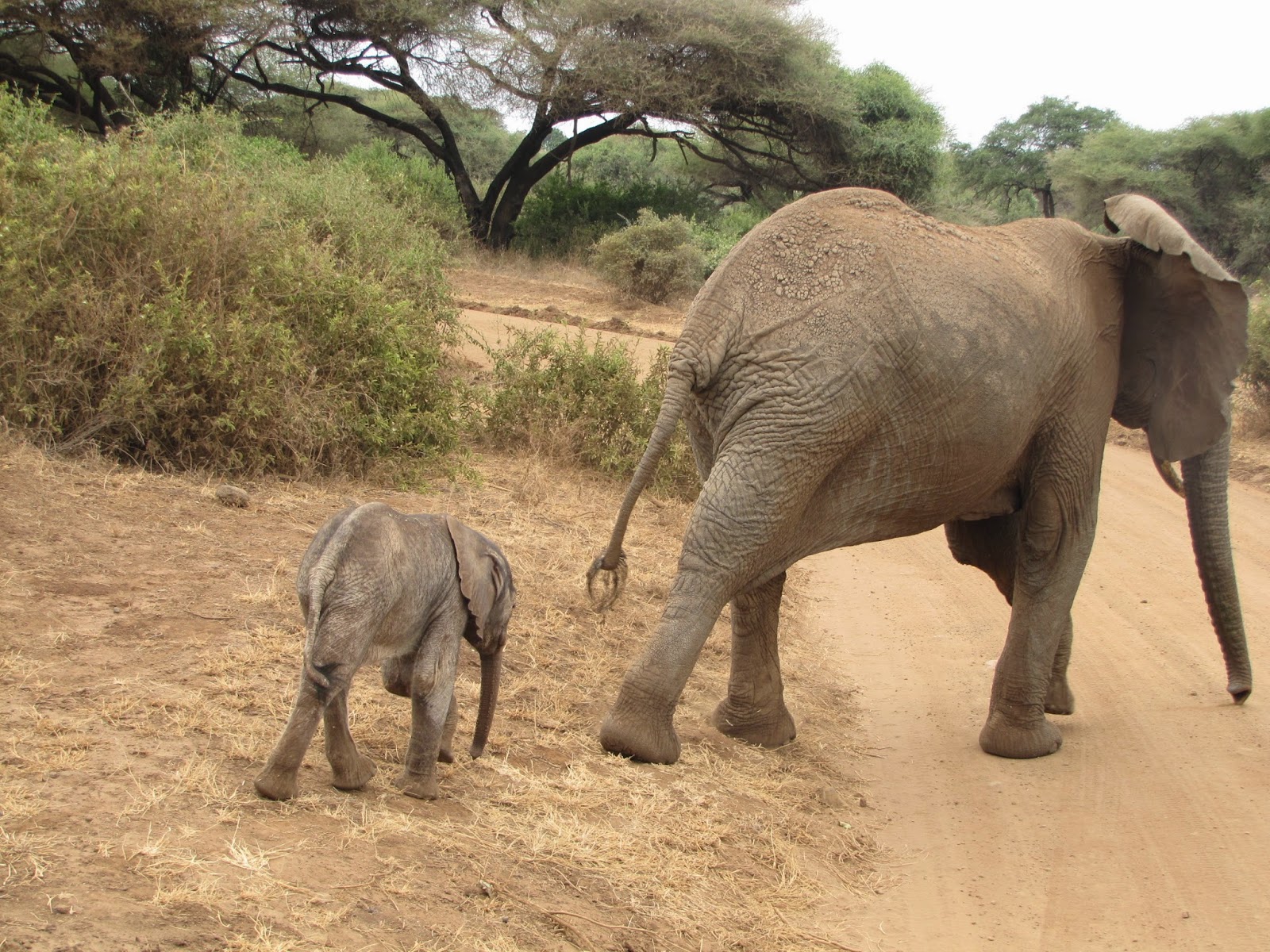 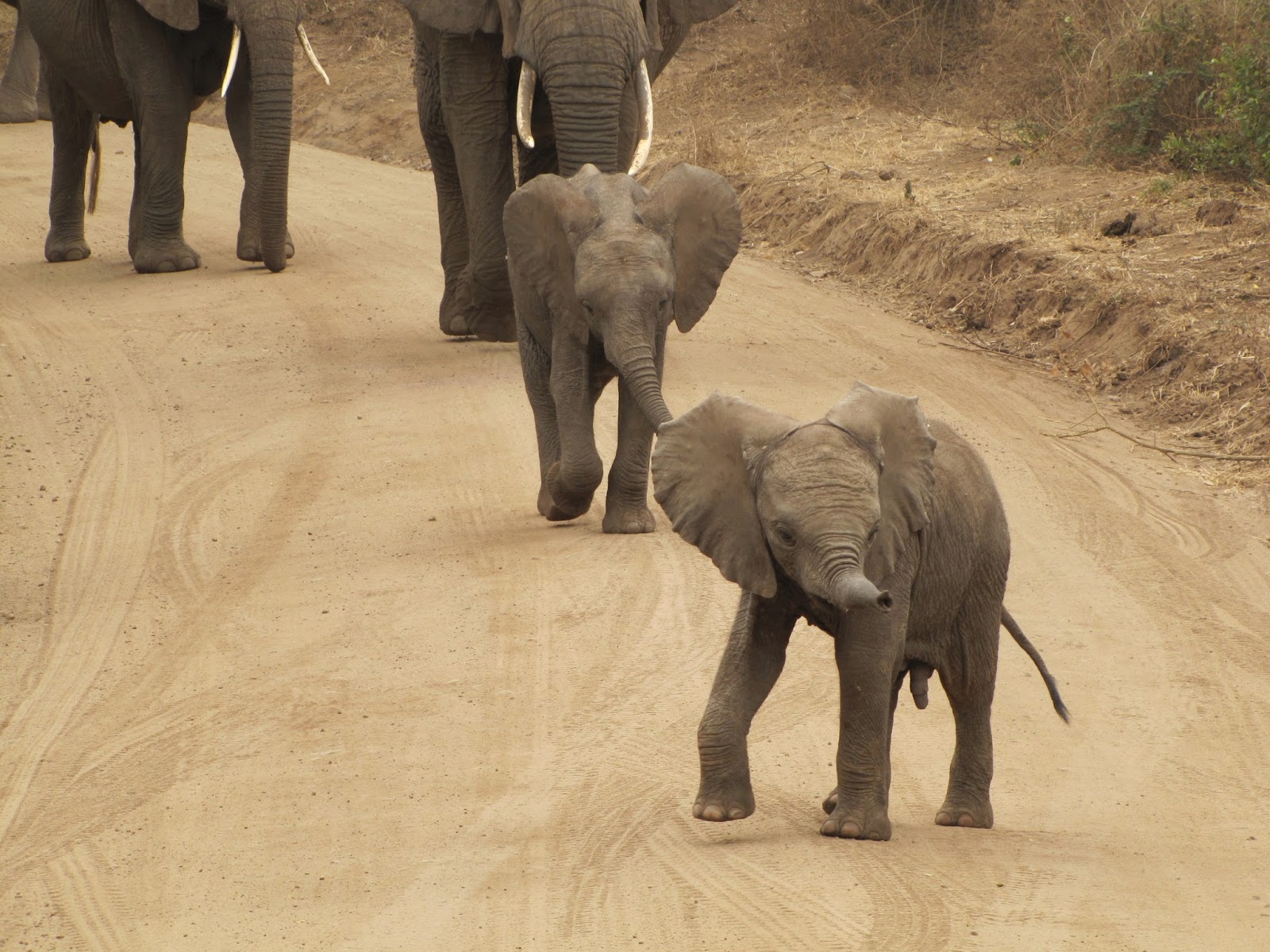