What a day. One of the reasons I chose this particular tour of Morocco was its stop in Fez and the chance to explore the ancient medina, which dates to 808 CE. We started our day overlooking the medina from a panoramic view point above the walls. In the shade it was actually quite chilly, which I was grateful for, because a hot day would just make the walking and exploring too overwhelming.

We entered the medina through one of the main gates and started winding our way into the labyrinth that is ancient Fez. Our guide for the day was born in the medina and knew its 9000 streets and alleys intimately, which is crucial for finding your way. Since we started so early in the day we were the only tourists in the areas we first explored, and many shops hadn't opened for the days. We passed vegetable sellers, bakers (many of whom bake the dough brought to them by individual families), a few assorted butchers, and lots of people setting up their wares for a busy day of selling.

The medina's streets are too tiny for vehicles, and even motorbikes are relatively rare sights. There were a few small motorized carts, but most goods are moved by carts wheeled by men or on donkeys or mules. The cobbled streets are angled to allow for drainage, and public fountains abound. We saw the outsides (and a few glimpses inside) of numerous mosques and were treated to a tour of the - very clean and neat - public toilets dating to the ninth century.

Fabric sellers, tailors, thread/notion vendors, and the like we're opening their doors as we passed through. We met a man, approaching 80 years old, who still runs his grinding shop to sharpen knives, scissors, or anything else that needs grinding. He happily showed off his leg-powered grinding wheel and offered to circumcise any member of our group for a good price. Somewhat apropos of nothing, circumcision jokes featured heavily into our guide's narrative.

The relatively plain streets and cement walls are punctuated in every nook and cranny with mosaics, ornate doors of wood and metal, and elaborate plaster carvings/stencils. We walked through a plain wooden door and found ourselves in the breathtaking courtyard of a thirteenth century madrasa, complete with phenomenal mosaics on the floors and walls, gorgeous mashrabiya carvings, and lots of  intricate plaster work. There were several fountains inside, and the light hit the mosaics perfectly.

Shortly after this our wanderings led to our first break for the day, in a carpet cooperative in a dar (smaller house) with unbelievable mosaics as well. While we rested our feet and sipped on mint tea we were treated to the typical hard sell on carpets. I was prepared to walk out empty handed, but I found that the color palette of many of the rugs ran to my taste - blues and greens instead of the typical reds/oranges/yellows. I fell instantly in love with three carpets - one Fez style blue knotted one and two woven kilims. I paid much more than I had intended but got a decent deal, and I know the carpets were handmade of good wool, and the trade is regulated by the Ministry of Culture. Plus, how often do I find colors/patterns I fall instantly in love with??

My wallet lighter, I joined my tour mates (only a few of whom had similarly indulged) as we headed to the tanneries. The tanneries of the Fez medina are famous, with the techniques and equipment virtually unchanged in the last 1200+ years. Armed with sprigs of mint to keep the smells from upsetting stomachs, we climbed to the top of a building to see skins drying in the sun and overlook the dying vats and witness a small part of the curing process. The curing is done with pigeon droppings, limestone, and some cow urine. The dyes are all natural - henna, poppy, saffron, indigo, mint, etc. We headed to a leather emporium for a better look at the dying vats (which were, quite sadly, empty), and I did manage to avoid the temptation to buy this time.

We did a quick glimpse into the Moulay Idriss II Mausoleum (not open to non-Muslims) and then headed to lunch in a riad. Lunch was a variety of vegetable salads and a choice of main dishes. I enjoyed some tasty couscous and the phenomenal veggie selection.

After lunch we visited a wood museum in a renovated building with gorgeous mashrabiya and then wound our way back out the gates to the main roads and our bus. I'm writing this only an hour after returning, but I've already forgotten so many details of this day. It truly was an assault to the senses. We got to see a metal worker shaping brass cooking dishes and spent much of the day dodging people as the crush of people increased by the hour. The street vendors followed us relentlessly, thrusting leather goods and silver jewelry in our faces and promising 'democratic' prices. I am so glad we had a local guide and an itinerary; you could easily lose yourself for days in the medina. By the end I think we were all ready for a break, from walking and maneuvering and traversing uneven terrain, but also from the overload of sensory stimulation.

The last stops were quick ones at the gates of the royal palace and a visit to the synagogue in the Jewish quarter and to see the Jewish cemetery. The Jewish population in Fez is down to about 600 nowadays, but this is down from a significant number earlier last century.

I had intended to have dinner in one of the many restaurants near our hotel, but I am exhausted and behind on drafting blogs. So it's an improvised dinner and an early night. Which, after the chaos of today, is welcome. 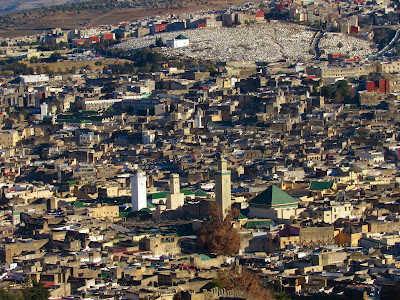 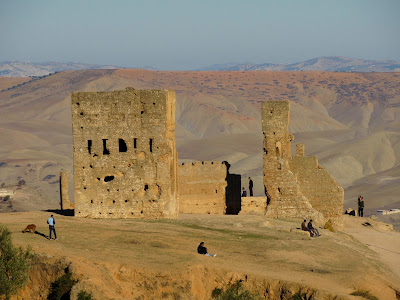 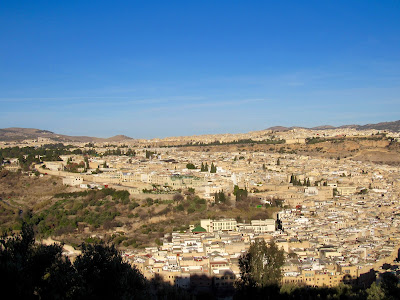 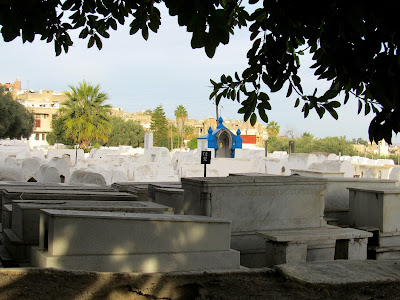 I didn't sleep well last night - hot room, hard mattress, traffic noise, too much caffeine - and it was inevitable that I'd fall asleep on the bus on our first leg of driving. The bus is modern and big and spacious, and our group is small enough that everyone can have their own row of seats with plenty of room left over. The sun was shining brightly on my side, so I pulled the curtain and dozed off.

We stopped at a rest stop for a bathroom break, and I grabbed some sugar to wake me up a bit. It worked, and I got to enjoy the scenery of the Marmora Forest (cork oak trees; Morocco is the third largest exporter of cork) and the olive groves and fields of grapes. We drove through Meknes - an imperial city and the country's wine and olive center. It was very Mediterranean terrain, and the city was pleasant and welcoming. But that wasn't our destination. We headed past the town of Moulay Idriss (named for the great-grandson of Mohammed who fled Iraq during the Abbasid massacre and sought refuge in Morocco). Idriss was found and killed by the caliph of Baghdad, but his legacy of Islam and a Muslim dynasty were there to stay.

Next we arrived at the Roman city of Volubilis. Mostly destroyed in the 1755 Lisbon earthquake, French and now Moroccan archaeologists are excavating and reconstructing parts of the site as well as preparing to bring artifacts removed back to their place. We started on top of the ridge under a carob tree (the beans, when dried, were used as a measuring weight) and toured the various houses, public spaces, and interesting features of the city. Perhaps most impressive were the several mostly intact floor mosaics from the different houses and public spaces. The aquarium featured Neptune and an array of sea creatures; one house had the 12 laboratory of Hercules; others portrayed Bacchus or Dionysus or even Medusa. It was a spectacularly sunny, brisk day, perfect for clambering among the ruins and enjoying the views.

We ate lunch at a restaurant in Meknes - tasty, cheap, fast food - and then were back on the road to Fez. As we arrived and drove down the main boulevard in the Ville Nouvelle we encountered a parade for Berber New Year, complete with floats and music and dancing. We didn't have time to stop and watch, but it was a little slice of flavor that we might have otherwise missed entirely.

Before checking into the hotel we drove to a scenic viewpoint overlooking the ancient Fez medina, which dates to 808. The 'new' medina is from the fourteenth century and houses the Jewish Quarter we'd visit the next day. Our hotel was in the new city, the French quarter.

After a siesta break we loaded up again and headed to the home of a local family for dinner. We weren't quite sure what to expect (it's a new feature for this tour company), but it was casual and very welcoming and a delight. The father and his daughter (12 years old, fluent English after only a year of study!) rotated tables, explaining the food and traditions and answering questions. His wife did the cooking - fantastic Moroccan fare - and intermittently checked on us to see how things were going. This really was a lovely bonus; it can always go either way with this sort of thing, and I was impressed at the level of comfort for both the family and the (many) guests. We all ate well, laughed a lot, and learned from each other. Isn't that what travel is all about? 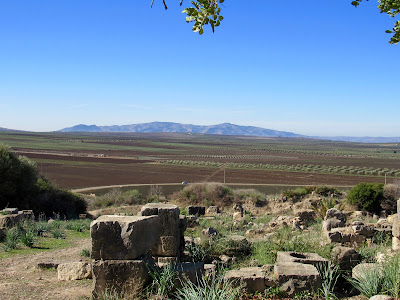 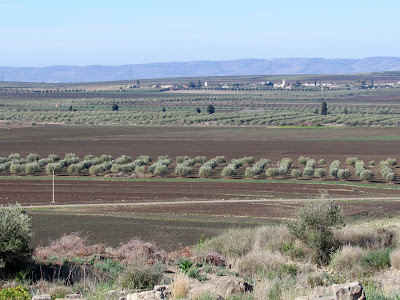 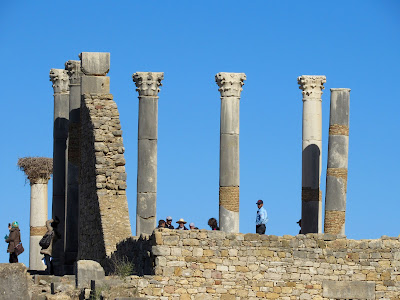 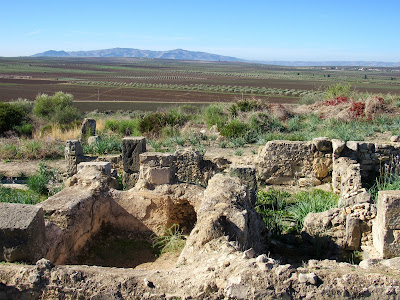 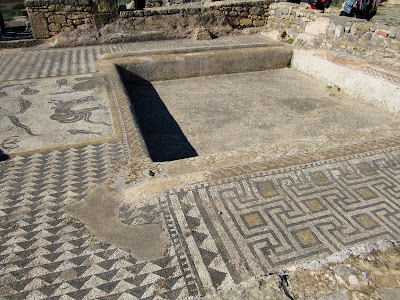 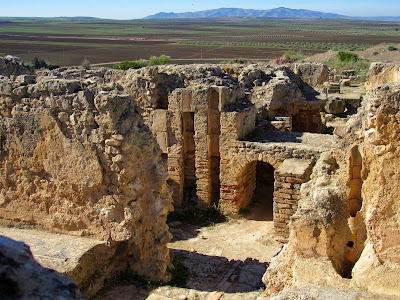 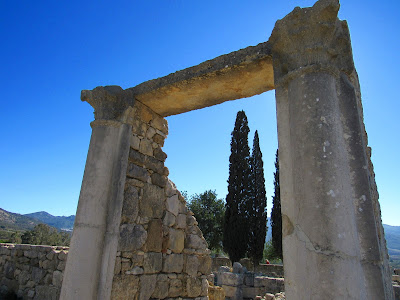 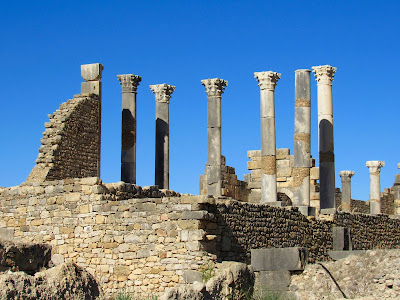 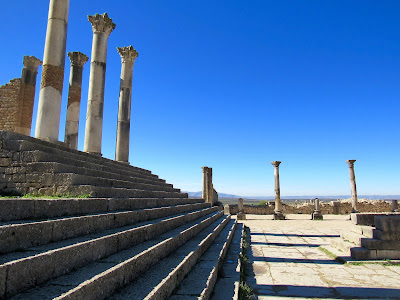 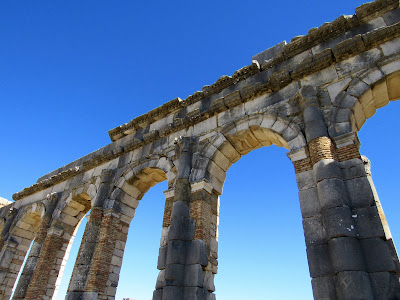 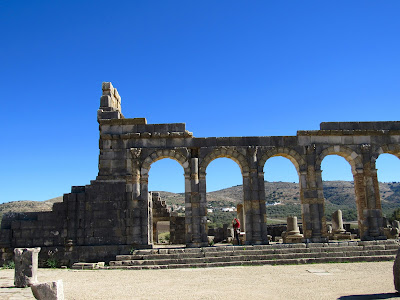 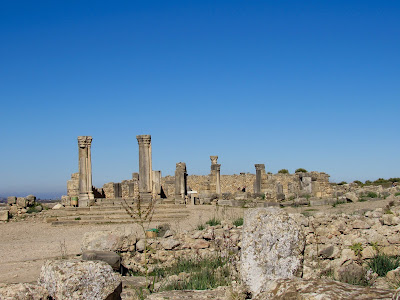 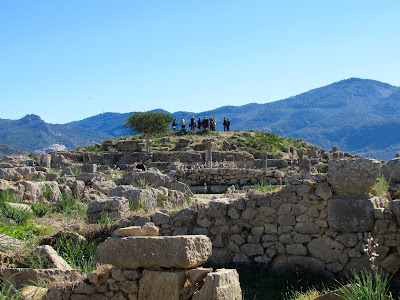 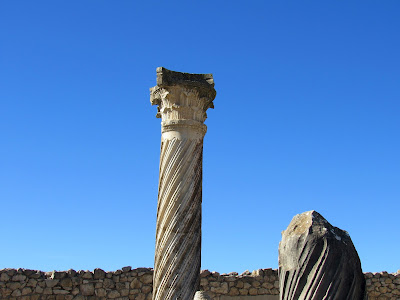 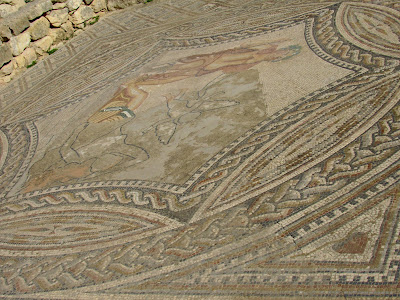 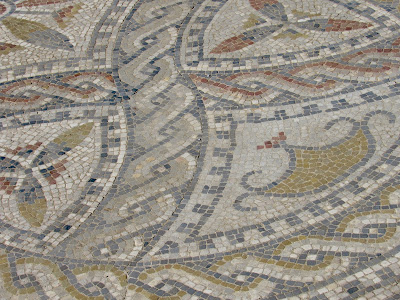 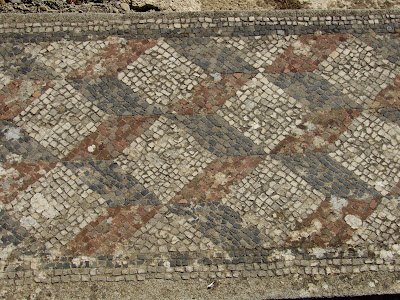 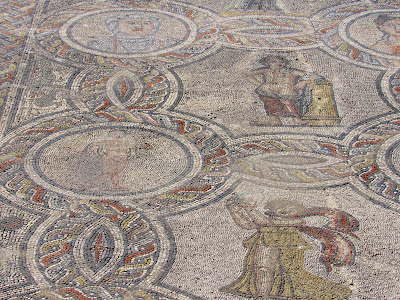 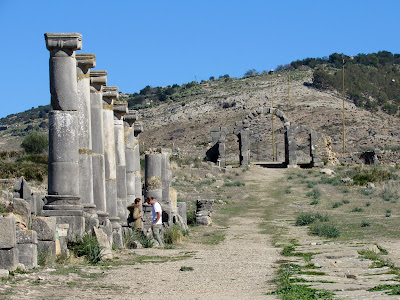