It's a wonderfully lazy Saturday here in Kampala.  I've been mildly ill since getting back from London (a fun combination of weekly migraines and daily headaches, intestinal distress, and cold symptoms off and on), so I'm purposely trying to take it easy.  That's been hard to do while seconded to a different section this month, but I'm trying.

This morning I went to the farmers' market, which is about all the energy I could bear to expend.  I bought a market basket full of gorgeous broccoli and cauliflower (the dry season has produced some absolutely phenomenal heads of both!), stocked up on veggies for a taco salad later this week, and had a lovely brunch with a friend.  I made the egg/pesto/bread/cheese vendor laugh when I took mock offense at his suggestion of substituting feta for ricotta in a recipe (since they had sold out of the former), the pasta vendor noticed I hadn't been there in a few weeks, and I ran into plenty of people I know, if even only by sight.  Kampala is home, for now, and I am enjoying the comfortable familiarity that comes with settling in.

I came home and made a hearty broccoli cheddar soup, using the local broccoli and some sharp English cheddar I brought back from London.  It's simmering on the stove now.  The cats are cuddled up together on the couch, blissfully happy to have me in the house.

It wasn't until I spoke to my mother that I got an unexpected pang of homesickness.  My hometown is celebrating its 250th anniversary, and my mom and nephew were heading down the hill for a narrated carriage ride through town visiting some of its historic sites.  The weekend also includes community meals, a concert, and a town photo with everyone who shows up.  I love that kind of thing and am sad to miss out on the fun.

Feeling both at home and distinctly homesick is a strange phenomenon, but one that is instantly familiar to anyone in the FS, or even expat, community.  I guess anyone who has moved away from their hometown experiences this, really.

So now I am going to enjoy a steaming bowl of broccoli cheddar goodness and watch a beautiful Kampala sunset over Lake Victoria.  Not a bad place to be, really.
Posted by Sadie at 11:27 AM No comments:


Tuesday morning I woke up to a slightly gray day, but it wasn't raining too much yet.  I made my way to Piccadilly Circus and had brunch at a cafe - a lovely mid-week indulgence.  I then headed to one of my favorite places to spend a few hours - Fortnum and Mason.  I adore browsing its many floors and luxuries and pretending for a few minutes that I am the type of person who could afford (and would use) a fine china tea set.  I guess I could probably afford and use it, but you know what I mean.  Actually, I do have a beautiful fine china tea set from my grandmother, now that I think about it.  Anyway.  I managed not to buy the $30 60th anniversary coronation decorative plate, but I did indulge in some jams, honeys, and scrumptious extravagances.  After a quick stop at Pret A Manger for a sandwich and Boots for some shampoo, I was back at the flat and resting in preparation for the evening's big outing.

I met L at Victoria station, and we boarded a big coach bus for the long (because it was rush hour) ride out past Watford Junction to Leavesden.  I had spent the previous two weeks preparing for this, watching 20 hours of movies to refresh my memories in preparation for our visit to the Harry Potter Studio Tour!

I am not going to divulge too many details because I think that takes away from the magic (pun intended) of the experience for the many of my friends/readers who will visit this at some point.  The timed entry helps keep the crowds slightly managed (and we were there at 6pm on a Tuesday!), and, because it's England, the many queues are well-organized and have entertaining distractions.

The special part about visiting on the week we did was that the animal actors from the films were on hand to meet their fans.  (I don't think any of the animals we met were ACTUALLY in the films, but the animal trainers from the films were on hand with new generations of actors who will go on to other films.)  We met representations of Scabbers, Trevor, Hedwig, Crookshanks, Mrs. Filch, Fang, and oh so many more.  We got to watch kittens train to marks, as seen in Dolores Umbridge's office plates.  The owls were everywhere - all colors, sizes, and shapes.  My favorite, though, was the beautiful Hedwig lookalike who posed on the Privet Drive sign for photos with adoring fans.  And yes, we did get to meet Buckbeak, but he's there all the time, so you will too!

Butterbeer is cloyingly sweet, the attention to detail on EVERYTHING is truly amazing, and the entire cast and crew of these eight amazing films were phenomenally dedicated to bringing JK Rowling's vision to life.

Here are my tips for the visit: go during the day.  We had the last tour of the day, and we felt a little pressured to go through it more quickly than we might have, had we not known it was closing soon.  Your ticket is good for a timed entry, but once inside you can spend as long as you like.  It's not easy to get to by public transport, but it's not impossible.  This is another plus for going during the day.  We did a coach package with round-trip transport, which limited our time slightly and was much more expensive.  It was the easiest and quickest way to get there and back, but I might do it differently next time.  Buy the audio guide - there are plenty of interactive features, but you learn that much more about everything there from the audio.  There's A LOT of material included on this - it can be overwhelming.  There's a cafeteria on site, but by the time we finished the tour, there were only cold things left.  Not sure how their hot food measures up.

The bus ride back was much quicker thanks to little traffic, and they let us off at Baker Street (an option only made known to us AFTER we trekked to Victoria, which was out of the way), and it was a quick tube trip home.  Well worth a visit! 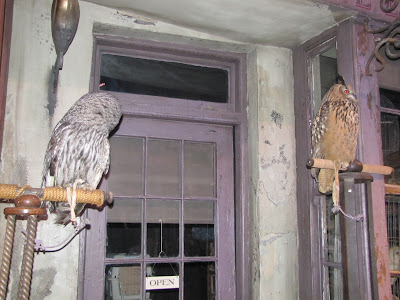 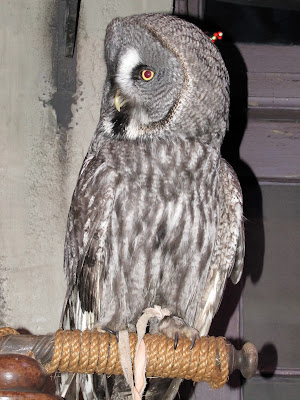