After yesterday's feeling-sorry-for-myself post (and today's loving-life-again attitude), it's time to catch up on travels!

I started off my first full day in Dubai with a luxurious massage at the Intercontinental spa.  If I had been really smart I would have saved this for the END of the day, but it worked out better to do it this way.  After that I wandered over to the Festival City Mall to have a quick look around.  I saw a sign for Trader Vic's, a chain restaurant that came highly recommended, and decided I'd come back for dinner that night.  I found the taxi rank and then took a cab to Deira and wandered through the spice and gold souqs for a while.  I bought a few pashminas and some saffron but was very good and avoided any precious metal purchases.  It helps that I really just don't like gold, though I did enjoy the spectacle of the souq!

I wandered over to the Dubai Creek and watched the dhows for a while and then decided to embark on a wonderful Dubai tradition - riding an abra!  These functional wooden boats transport passengers across the Dubai Creek between Deira and Bur Dubai in a few locations, for the wonderfully low price of one dirham (about twenty-five cents).  They go when full, which takes just a couple of minutes, and the ride takes less than 10 minutes.  It was beautiful with a slight breeze going across the Creek, and I did some wandering once we arrived in Bur Dubai.  After finally flagging down a taxi, I headed to the Dubai Mall, where I had many adventures planned!

The cab dropped me off nearest to the cinema, as I wanted to experience the phenomenon of "Platinum Class' movie-watching.  At about $30 a ticket plus refreshments, the price tag is fairly steep, but it is oh so worth it!  I bought my ticket for "What to Expect When You're Expecting" for later that afternoon, a movie I had not even heard of but which met all my romcom interests, and headed to find lunch.  There are dozens and dozens of choices at Dubai Mall, but I quickly realized that the biggest obstacle was finding any of them.  Even after asking directions twice and studying the directory several times, I found myself hopelessly lost.  Do I take a right or left at the ice rink?  Or the souq?  Or the...  Oy vey.  I finally just wandered into the nearest restaurant, which turned out to be a P.F. Chang's.  I'd never been there before and was very pleasantly surprised.  I lingered over lunch and studied the mall directory to try and map out the rest of my afternoon.  After dining, I found my way to the entrance to the observation deck of Burj al-Khalifa with a minimum of difficulty and retrieved my pre-purchased timed entry.  With a few minutes to spare I tried to find the restroom.  That was way more difficult than it needed to be!

I returned to the Burj al-Khalifa entrance and joined the queue, which pretty much summed up the experience.  I wanted to move through fairly quickly so I could get to my movie in time, but the other tourists were less cooperative.  The Burj - the world's tallest building - is adjacent to the Dubai Mall, but the path to getting there took a good 20 minutes after we passed security.  Then there was the line for the elevator, which took another 10+ minutes.  When I finally reached the top I did my dutiful tour around but didn't linger.  It's always cool to go to the top of tall buildings, but I never feel the need to spend inordinate amounts of time there.  Luckily the line to get back down via elevator was much quicker, and I was able to wend my way back to the mall fairly quickly.  Getting back to the cinema was more difficult and confusing than I planned, but I got there in time to enjoy the experience.  I went to the exclusive fourth floor of the cinema and was shown to my seat by an usher.  She handed me the extensive refreshment menu and took my order.  I took off my shoes and kicked back in my luxurious leather recliner as I watched the previews and relaxed.  My snacks arrived shortly before the movie, which was a lot of fun and had me crying at the end!

After reluctantly giving up my recliner, I consulted the map again to try and find the aquarium.  After a few wrong turns and a few miles of walking (seriously!), I found it!  The world's largest acrylic panel showcases 33,000 marine animals to the mall's visitors, an absolutely amazing display.  I elected to visit the aquarium and bought my ticket.  I opted out of diving in the large tank or taking a glass-bottom boat ride, both of which were on offer...  The most impressive part of the Dubai Aquarium is the tunnel, an engineering marvel where visitors walk through a tunnel, surrounded above and on both sides by the acrylic panels and the aquarium.  Pretty darn amazing!  The sharks were hanging out in the dark area as I entered, which made them difficult to photograph.  I particularly liked a large sucker-type fish (shark?) who had attached himself to the bottom of the aquarium, which amounted to the top of the viewing area, so you could see him perfectly from below!

Once I walked through the tunnel I followed the handy footsteps that led me to the actual aquarium, which is fairly small but quite impressive.  They have two penguin habitats!  I took a quick behind-the-scenes tour of the large aquarium, seeing the dive center and feeding stations as well as the isolation area for new fish.  Very cool.

By now it was mid-evening and time to see the famous dancing Dubai fountains!  Finding the right exit was not too tough, but then I had to fight the crowds for a good viewing spot.  The choreographed water show is ever 20 minutes, so I didn't have long to wait.  While the display was impressive, it wasn't worth waiting another 15 minutes in the heat for another showing.  I walked across the mall to the taxi rank and settled in for a long wait.  I had duly read Lonely Planet's warning about how long one would have to wait to get a taxi on a weekend night at the mall, and they were oh so right.  I had several hundred people in front of me, though the line moved fairly quickly.  I was actually quite impressed at the efficiency of the system.  I was so happy for A/C when I finally reached the front of the line!

I had the cab drop me at Festival City, and I retraced my steps to find Trader Vic's for dinner.  But I never found it.  And when I asked people for directions, everyone looked at me blankly.  I know I saw a sign that said "Enter here for Trader Vic's"!  But it was nowhere to be found.  Disappointed, I considered my other options, none of which sounded good.  I decided to splurge on Italian food and tried to find the right restaurant, missing it twice and walking all the way around the mall needlessly.  By now my feet hurt and I was cranky.  I sat down at a table and read the menu and decided I was too tired to eat.  So I apologized and ordered for takeaway and then made my way back to the attached Crowne Plaza.  As I went, I saw the door for the future Trader Vic's outlet.  *Sigh*.  At least I wasn't crazy.

I ate some of my dinner, put on my compression socks to help my feet recover, and settled in to plan the next day's adventures.  Tune in soon to find out what they were! 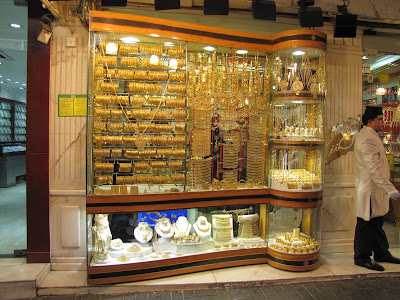 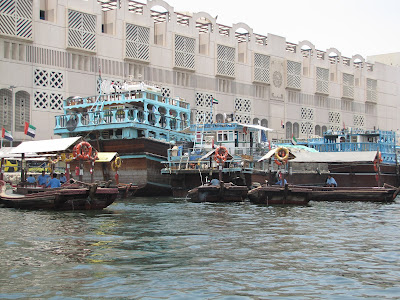 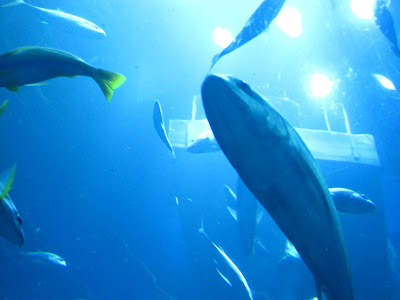 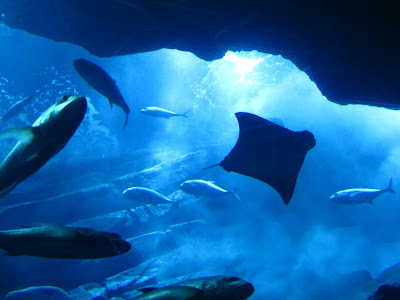 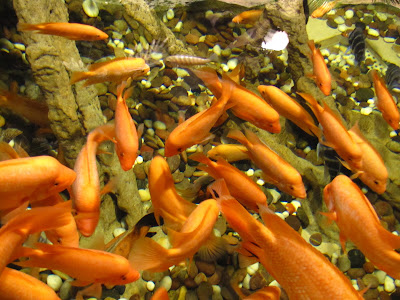 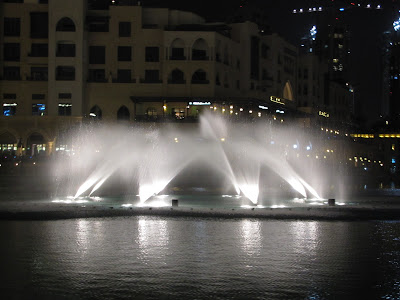 I have spent a lot of time in recent months contemplating where I am in life, the catalyst being my looming 30th birthday.  Now I'm counting down the last few hours of my twenties, and we're below double digits.  Unless, of course, I consider it EST, which gives me another seven hours...

The reality is, it's coming, and in the grand scheme of things it means pretty much nothing.  Just a number.  But that hasn't stopped me from having mini-anxiety attacks for the last few weeks and feeling a wee bit sorry for myself.  And everyone I know who has turned 30 (including my many contemporaries this year) tells me it's not a big deal and that one's 30s are pretty awesome.  But since I haven't actually been 30+ yet, I still have a bit of woe is me.  And it doesn't have anything to do with the number, really.  It all has to do with where I am in life.

In my fantasy dreamworld timeline, I always assumed I'd be married with at least one child by 30, a homeowner and happy and successful in my career.  I'm 1 for 4.  And even though the timeline is entirely self-imposed and imaginary, it still stings a little not to have at least one or two more notches up there.  If you've seen the episode of Friends where Rachel turns 30, that's pretty much where I am right now.  I am doing the timeline revisions and coming up with similar freak-out moments as when she realizes she has to have already met her soulmate.

But then I take a step back and mentally slap myself and bring in a dose of reality.  I am (almost) 30 and have an awesome job, phenomenal family and friends who I love and who love me, I'm pretty financially stable (student loans be damned!), I get to travel the world for work, and I have plenty of time to figure the rest out.

The recent point-counterpoint articles about having it all (or not) by Anne-Marie Slaughter and Dana Shell Smith, both of whom currently or formerly worked with the State Department, have certainly been weighing on my mind.  The timing of these two articles was really not helpful to my state of mind!  However, I've enjoyed the many personal commentaries on having it all by other women in the State Department sphere, which tend to be more encouraging and realistic and relevant than the original versions.  Whatever path I take from here on out will be wonderful, even if it doesn't fit in with my initial fantasy dreamworld timeline.  But that dreamworld is evolving, as it should, and I will be more cognizant of 'having it all' in whatever incarnation of real life I presently have.  THAT at least is well within my control. Besides, 30 is the new 20 - right?!

So here it goes.  Three hours and thirty minutes till 30.  Or ten hours thirty minutes if you go by EST.  Or 13:15 if you go by EST and my actual birth time.  I'm not going to be pathetic and figure it out for other, slower time zones, but you get the picture.  Deep breaths.  Ready or not, here 30 comes!
Posted by Sadie at 1:38 PM 5 comments: