I know I've kept you all in suspense for entirely too long about my recent adventures - apologies!  I had no idea how exhausting the last weeks would be.  But now I'm reflecting on a busy two weeks and a wonderful escape to London.  But first - adventures!

Before I came to Saudi Arabia, I studied Arabic for ten months.  One of the skills we practiced was listening, first to audio files, and, eventually, with videos as well.  One video in particular caught my eye - it was of hundreds of people wading in shallow water catching fish - with nets, with their bare hands, with their clothes, really with anything handy.  It looked like so much fun!  And when I found out it was in Saudi, that was it.  I had to go.  I mean, I HAD to go.

So I did some research, found out some more details, and started talking nonstop about this event - which I discovered was the Parrotfish Festival on Farasan Island.  I had enough other people intrigued to try and organize a trip, but the first year it didn't work out.  So as this April approached, I once again tried to interest people.  And I was lucky to have the opportunity to go this year, and as part of a regional outreach trip for work, too!

We were privileged to be part of the festival's VIP delegation, which afforded me great opportunities to meet and talk with people as well as see things up close.

So, without getting into too many work-ish details, here's how it all went down.

We flew from Jeddah to Jizan, on the southwest coast of KSA.  From there we took the ferry to Farasan Island, the largest of the more than 200 Farasan islands in the group.  We then took a tour of the island, stopping at various scenic and historic sites.  One of them was a heritage village, where we were greeted with traditional drumming and dancing and escorted through the village's restored homes, reminiscent of life hundreds of years ago.  The homes, built of natural materials, kept the occupants cool during the hot days and warm on cool ones.

By far my favorite part of this tour was the camel parade, simulating the celebration over the arrival of fresh water borne by camels.  Two camels, dressed in elegant finery for the occasion, played their parts admirably.  A young man performed various dances and acrobatics astride the lead camel, including a sustained head stand.  What a wonderful sight; I was enthralled!

After checking into our hotels and changing clothes (note to self: wool blazer is NOT a good choice on a tropical island with high humidity...), we headed out for an evening of fun.  Following a banquet dinner, we were treated to a phenomenal traditional cultural performance featuring music composed for the event and some amazing dancing.  As the performance came to a close, the fireworks began, and all the dancers and singers came back to the stage for the grand finale.  The fireworks show was among the best I've ever seen, and the entire spectacle was truly magical.  Afterward, we headed to our hotels and settled in for the night, the big event awaiting us in the morning.

The next morning we met up again with the entire delegation and headed for the parrotfish beach and pavilion.  As we arrived, a bell went off and we were treated to the sight of several thousand people (mainly men) running towards the water.  I was ushered through the pavilion to the media viewing platform over the water, possibly the best spot to watch the spectacle.

Using nets, clothing, crates, plastic bags, and their hands, the competitors spent thirty minutes in shallow water catching as many parrotfish as they could.  When I first arrived and started taking photos the water was clear enough that I could look down and see the teeming fish swimming around.  Pretty soon, though, enough sand and sediment was kicked up that the water was too cloudy to see the fish, which also hindered the catching process.

The majority of people clustered toward the far fence, but there were enough people close by to make for some great photo ops.  Especially as the competition time drew to a close and the winning hauls weighed, the entire event turned to fun.  I remain astonished at the number of young men who will put a live parrotfish in their mouths for a photo op.  Many people came up to me and inquired where I was from, welcoming me warmly when I answered.  It was a very convivial atmosphere, with lots of laughter, smiles, and camaraderie.

It has been a couple of weeks since the event, so my enthusiasm has since waned a bit (sadly), and I fear this description is somewhat lacking.  Please know that this is not intentional - I count this festival as one of the highlights of my time in Saudi Arabia.  I enjoyed the slower pace of the Farasan Islands, the warm welcomes we received everywhere we went, and meeting wonderful people throughout the trip.  Enjoy the photos below! 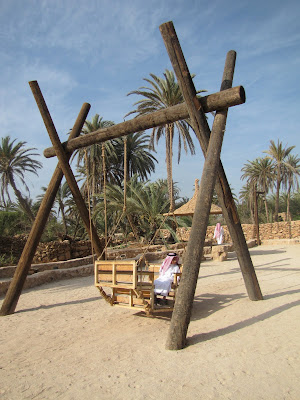 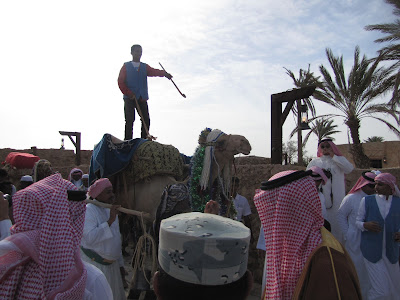 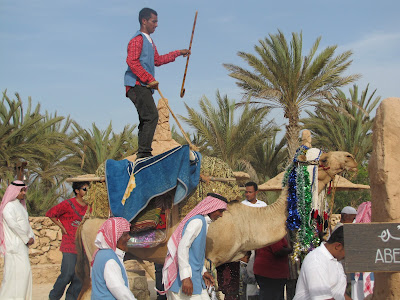 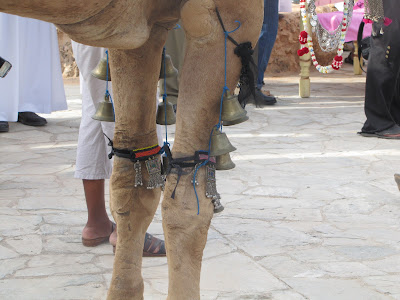 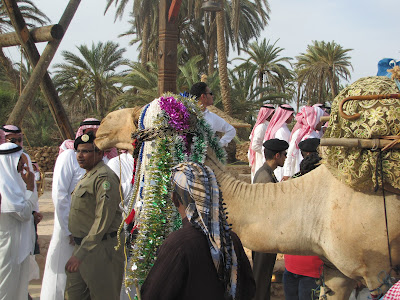 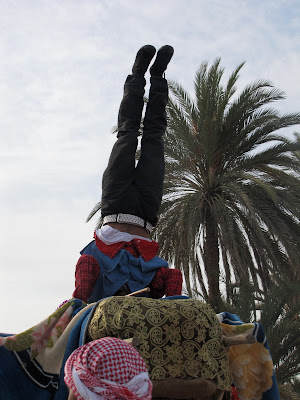 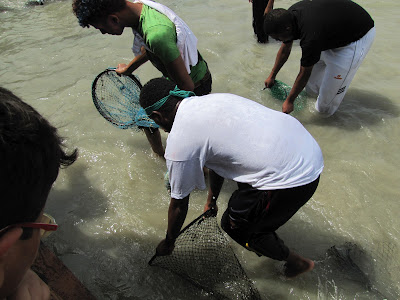 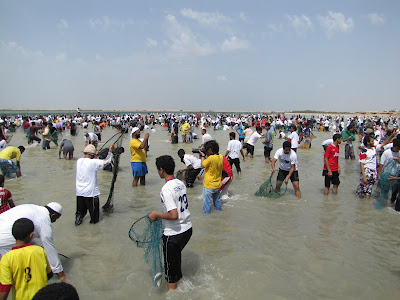 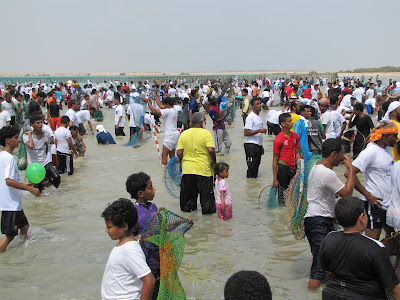 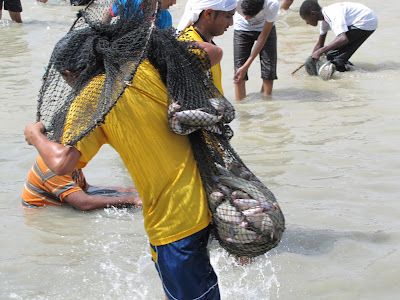 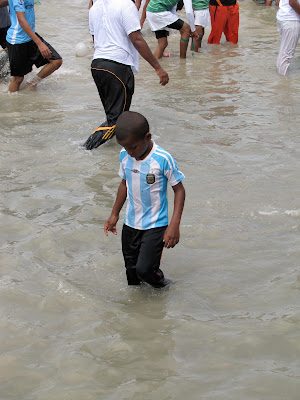 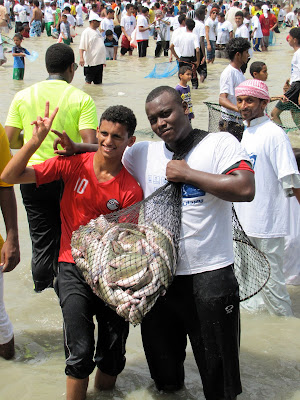 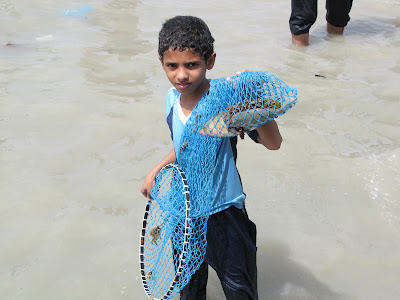 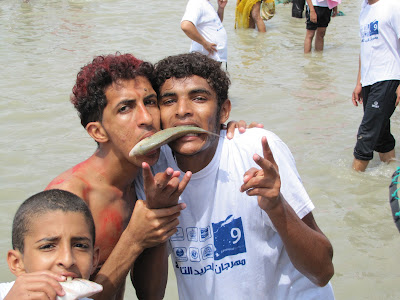 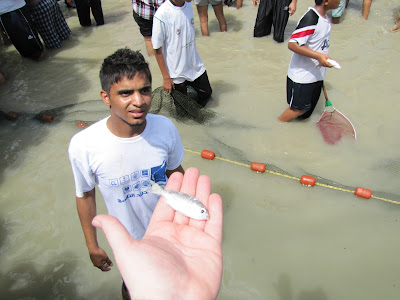 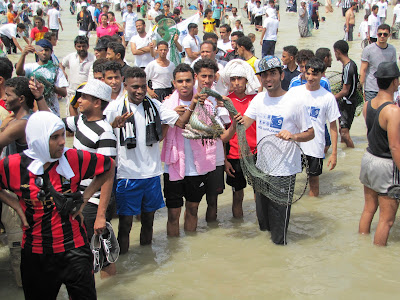 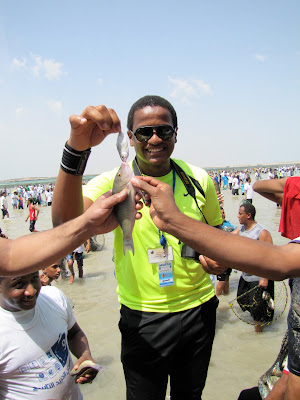 You always have such unique stories to tell and photos to go with them!

Thanks Nomads! The same can be said for your posts! I've been hooked on your latest safari series (though lazy about commenting since I get the email posts!). Can't wait to move back to Africa :-).